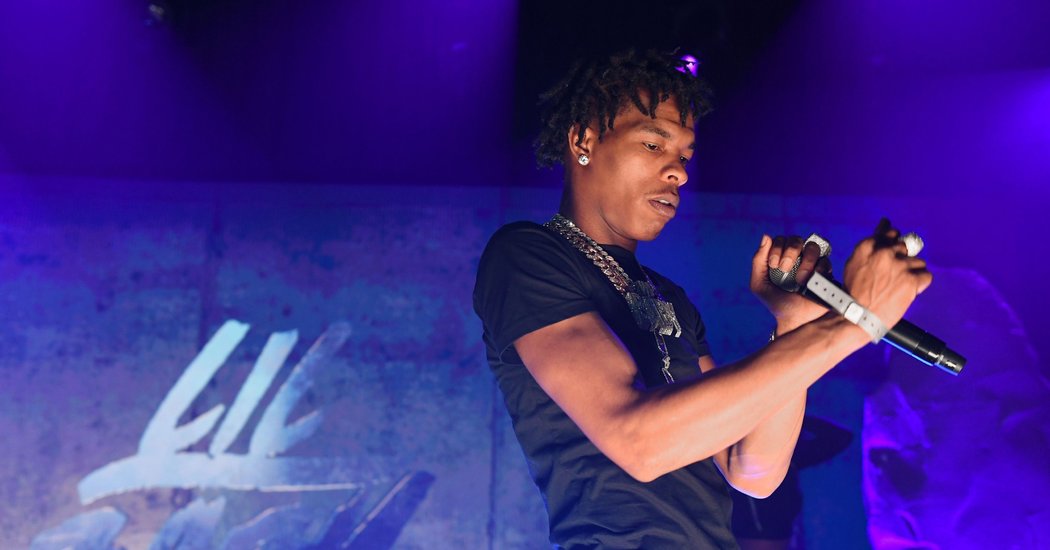 During a slow summer for the music industry, the 25-year-old Atlanta rapper Lil Baby has been a consistent bright spot. This week, in its 18th go-round on the Billboard chart, his album “My Turn” logged its fourth consecutive — and fifth overall — stay at No. 1, adding another 70,000 units, according to Nielsen.

Like most rappers these days, Lil Baby has succeeded commercially thanks to digital streaming, earning a total of just 641 traditional sales this week, but more than making up for that with 106 million on-demand streams in the United States, including 84 million in audio and 22 million in video. His total was down less than 1 percent from last week.

Though it has been streamed heavily since its release in late February, “My Turn” received an extra jolt on May 1 when the album was reissued online as a “deluxe” version, featuring six additional tracks including “We Paid,” with 42 Dugg, which has become a popular summer hit and YouTube video. (In all, nine of the 26 songs from “My Turn” have received music video treatments.)

Adding bonus tracks to albums after the fact has become a common tactic in hip-hop amid the Covid-19 pandemic, when many artists have seen their schedules slow down, limiting marketing opportunities for promoting new music. Some artists (Lil Uzi Vert, Nav, A Boogie Wit da Hoodie) have opted to refresh the track lists of their most recent projects in hopes of giving them a second life.

The rest of the Top 5 also includes consistent streaming hits that have stuck around through the summer: DaBaby’s “Blame It on Baby” is No. 3 with 60 million streams; Post Malone’s “Hollywood’s Bleeding” is No. 4 with 48 million; and the Weeknd’s “After Hours” (which also received a deluxe edition) is No. 5 with 38 million. Each of those albums has been on the chart for more than 10 weeks.

The week’s highest-ranking debut came from Haim, the trio of California sisters, whose “Women In Music Pt. III” charted at No. 13 with 27,000 units of total activity, including 19,000 in sales and 9.5 million streams. Last week’s biggest debut and No. 2 over all, “Rough and Rowdy Ways” by Bob Dylan, fell to No. 50, with 14,000 units, most of them in traditional sales.