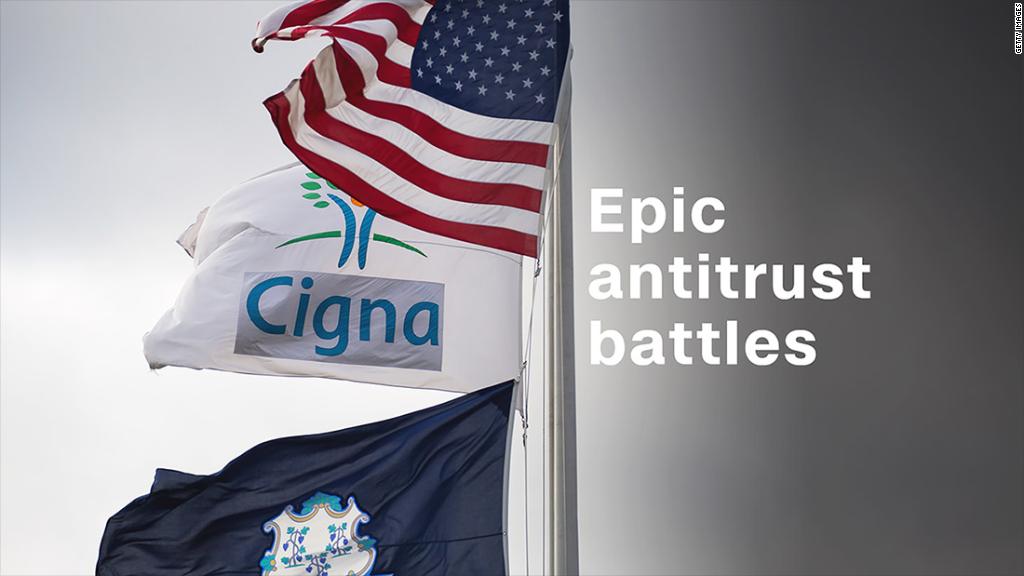 You’ve got fewer choices than you used to.

The dominant companies in all kinds of industries now control their markets like never before, thanks in large part to a string of corporate mergers.

“Almost every industry in the United States has become more concentrated over time. That’s for sure,” said Thomas Philippon, professor of finance at New York University. “All this consolidation has led to less competition, and higher costs for consumers.”

More than 75% of U.S. industries have experienced an increase in concentration levels over the last two decades, according to a study by three professors — Gustavo Grullon of Rice University, Yelena Larkin of York University and Roni Michaely of Cornell.

The trend is a good one for companies. Corporate profits and stock prices are up, and the consolidation and reduced competition is clearly part of the reason, said Larkin. But a lack of competition can lead to higher prices and lost jobs, among other problems.

Related: CVS is buying Aetna in massive deal that could transform health care

“Even in cases where prices have fallen, such as airlines, service has deteriorated with the decreased competition,” said Dean Baker, co-chairman of the Center for Economic and Policy Research, a liberal think tank.

And Baker says if tax reform does bring about a sharp drop in corporate taxes, that could free up money for companies to make even more acquisitions.

CVS (CVS), which just announced a deal to buy health insurer Aetna (AET), is the latest example of this consolidation trend.

The drug store sector is now dominated by two major players — CVS and Walgreens (WBA), which has purchased a number of other chains in order to grow. About 10 years ago CVS bought Caremark, which administers prescription drug benefits. That’s now the majority of its business. With its proposed purchase of Aetna (AET), it’s taking the next step to becoming a major player in the health insurance industry.

Of course, consumer choice isn’t necessarily dwindling in every industry. Technology has created new players into many established sectors. Uber is competing with long-entrenched taxi services. Airbnb gives travelers an alternative to hotels. And when it comes to media, the competition has only gotten tougher thanks to the streaming services such as Netflix (NFLX, Tech30), Amazon Prime and Hulu that are taking on broadcast and cable networks.

Air travel is another industry that has experienced a rash of consolidation. The nation began this century with ten major carriers. A series of bankruptcies and mergers has narrowed those carriers down to just four — American Airlines (AAL), United Continental (UAL), Delta (DAL) and Southwest (LUV). Between them, they control more than 80% of U.S. air traffic.

Related: CVS-Aetna deal is a major test for Trump

U.S. air fares are actually lower than they were before the last 20 years of mergers. But they’re higher than they would be without so much consolidation, said Philippon. He points out that the profit earned for every mile flown by passengers is twice as great for U.S. airlines as it is for European airlines, where there is far less consolidation.

The nation’s largest banks were already considered “too big to fail” at the time of the financial markets meltdown a decade ago. Since then, they have only gotten larger, partly due to mergers that occurred during that crisis. As a result, the four largest banks — JPMorgan Chase (JPM), Bank of America (BAC), Citigroup (C) and Wells Fargo (WFC) — hold an even larger percentage of the nation’s deposits and loans than they did prior to the meltdown.

In many ways, Amazon and Walmart are becoming something of a duopoly, growing and grabbing more market share. And they’ve used that strength to buy smaller companies — Amazon recently bought grocer Whole Foods while Walmart bought online retailer Jet.

Together they have driven many Main Street stores and some national retailers out of business. They’re also a big driver behind a record number of store closings by troubled retail chains such as JCPenney (JCP) and Sears (SHLD).