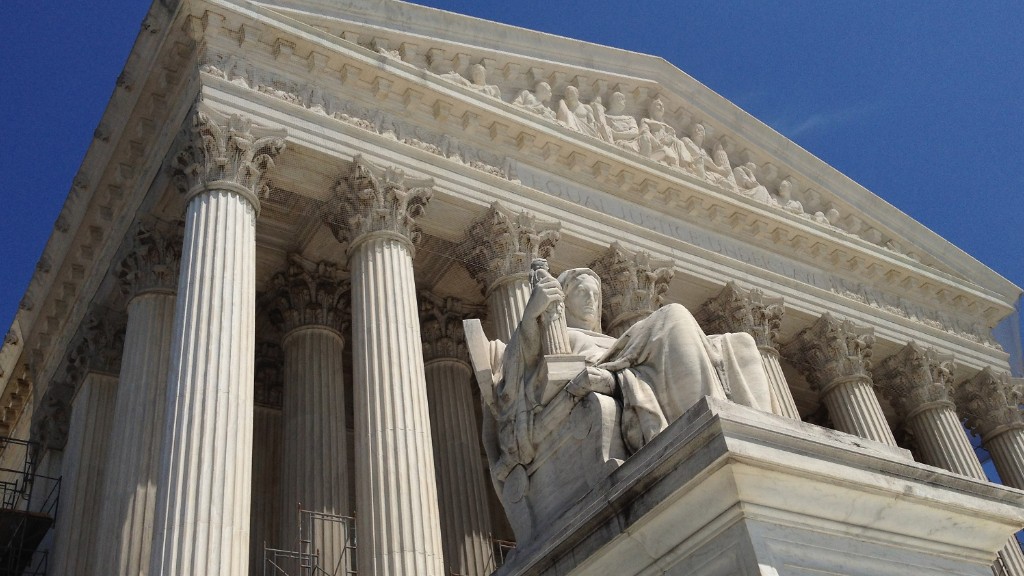 Britta Pigorsch was a sophomore in a high school outside of Madison, Wisconsin, when Act 10 passed the state legislature in 2011.

She already knew she wanted to be a teacher. But the legislation, which gutted collective bargaining rights for public sector unions and slashed their benefits, galvanized her further.

Now 22 years old and soon to receive her teaching certificate from the University of Wisconsin, Pigorsch faces a vastly changed landscape.

Along with diminished leverage with school boards, teachers have seen lower pay, reduced pension and health insurance benefits and higher turnover as educators hop from one district to another in search of raises, a new report finds.

With the Supreme Court preparing to hear a case that could make paying dues to unions voluntary for public sector employees — like they already are in right-to-work states — Wisconsin’s experience could soon confront teachers across the country as well.

In the five years since Act 10 was passed, median salaries for teachers in the state have fallen by 2.6% and median benefits declined 18.6%, according to an analysis of state administrative data by the left-leaning Center for American Progress Action Fund.

As a consequence, the report found, Wisconsin’s educational workforce is less experienced: Teachers had an average of 13.9 years experience under their belt in the 2015-2016 academic year, down from 14.6 years in 2010-2011.

Teachers aren’t just moving out of the state or out of the field entirely. A higher percentage of teachers are also moving to other districts: From 2015 to 2016, the percentage who did so jumped from 1.3% to 3.4%, according to the report.

“In a climate right now where we see the only way an educator could get a pay raise is moving to another district, that’s a natural outcome,” said Christina Brey, a spokeswoman for the Wisconsin Education Association Council, which represents grade school employees.

That’s particularly difficult for rural districts, which can’t afford to pay more to retain good teachers. The report found that teachers in rural areas were the most likely to move districts, and the average level of experience among teachers in those areas had fallen the most: One out of four rural teachers had taught for fewer than five years in 2015-2016, up from 17.6% in the year before Act 10 passed.

“Rural schools oftentimes are seen as starting grounds, where newer teachers can put in a year or two before moving to a wealthier area where they can get a pay raise,” Brey said.

So how has all this affected kids?

Related: Billionaire pulls the plug on DNAInfo, Gothamist after vote to unionize

But perfect measurement is difficult, since the tests have changed several times since Act 10 passed. The conservative, Madison-based John K. MacIver Institute for Public Policy, which supports Act 10, argues that other metrics — such as graduation rates and the number of advanced placement tests taken — are trending upward.

“I think if this cataclysmic destruction scenario was going to play out, you wouldn’t be seeing such positive education news,” says Chris Richardson, the organization’s communications director.

Nobody disputes, however, that Act 10 had a devastating impact on Wisconsin’s unions, which went from representing 14.1% of workers in the state in 2011 to 9% in 2016.

The case currently pending before the Supreme Court, Janus vs. AFSCME, could make paying dues to unions voluntary for public sector employees. (Currently, in non-right-to-work states that allow collective bargaining for public employees, all workers covered by a union contract must pay dues.)

That would cut into the unions’ budgets and reduce their power, which could lead to the same weakening of pay and benefits that Wisconsin’s teachers have experienced.

But unions in other states have seen this coming for a long time. The unions weathered a similar case that deadlocked last year after the death of Justice Antonin Scalia, and they have since taken steps to build confidence among their membership so they will keep paying dues even if it’s no longer required.

Related: Why the world isn’t getting a pay raise

“As a result of the dress rehearsal that they got, they all in their own ways have taken steps to be as prepared as they can be,” says Michael Childers, director of the School for Workers at the University of Wisconsin. “It’s not like they haven’t seen this coming.”

In the years since Act 10 passed, Brey said her union has adapted by becoming more active on the local level, and offering more training and other services to make membership more appealing for teachers.

Meanwhile, Pigorsch is considering where to look for a job after she earns her certificate in January. Many of her peers, she said, have been warned off by older teachers who’ve become cynical about the changes to Wisconsin schools. She wants to stay and try to improve things in Wisconsin, but better pay and stronger representation are just across the St. Croix River in Minnesota.

“A part of me thinks I want to start my career feeling good about being a teacher, and being respected, and having the benefits that a union can give me,” Pigorsch said. “If the students from the state’s top teaching school don’t even want to teach in their own home state, I don’t think that’s a very good sign.”