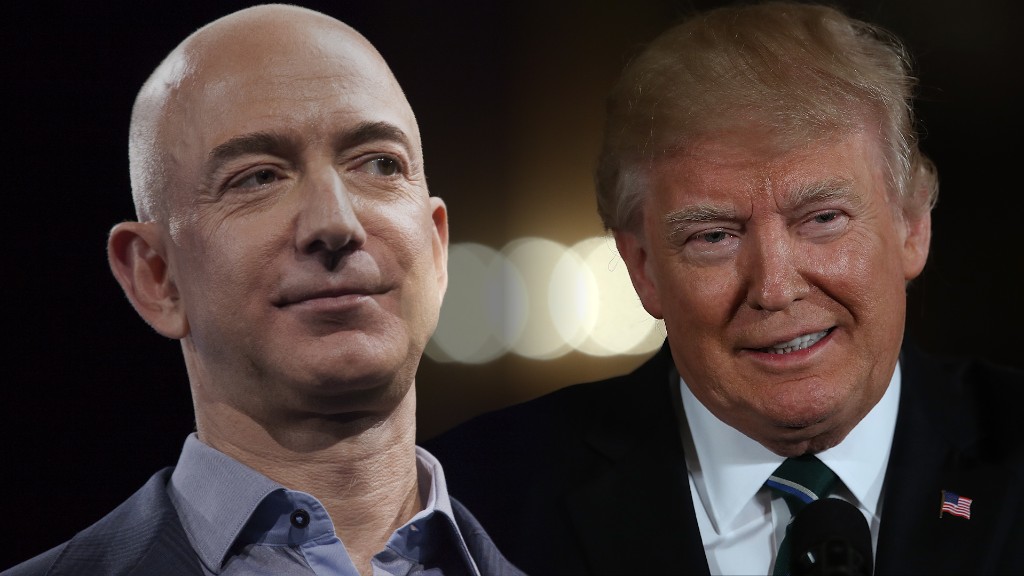 Hedge fund billionaire Leon Cooperman of Omega Advisors, in a television interview on CNBC Thursday, spoke of a comment he says Trump made to him about Amazon at a White House dinner with business executives last summer.

“Twice he asked me if I thought Amazon was a monopoly,” Cooperman said. “I said, ‘No Mr. President I don’t think it is. I think they’ve out executed people and done a very good job.’ ” (CNNMoney was unable to reach Omega Advisors for comment, and Amazon declined to comment.)

Trump at times mingles his grievances with Amazon with his criticism of the Washington Post. Amazon’s founder and CEO, Jeff Bezos, owns the Post.

It’s hard to read the Failing New York Times or the Amazon Washington Post because every story/opinion, even if should be positive, is bad!

Trump has claimed that Amazon is using financial losses at the Post to lower Amazon’s tax bill, but Amazon does not own the Post.

Trump has also claimed that Bezos is using the Post to stop congressional investigations into Amazon’s “no-tax monopoly.”

Is Fake News Washington Post being used as a lobbyist weapon against Congress to keep Politicians from looking into Amazon no-tax monopoly?

During the campaign, he told Fox’s Sean Hannity that Bezos has “a huge antitrust problem.”

In August he tweeted that “Amazon is doing great damage to tax paying retailers. Towns, cities and states throughout the U.S. are being hurt – many jobs being lost!”

Amazon is doing great damage to tax paying retailers. Towns, cities and states throughout the U.S. are being hurt – many jobs being lost!

In August, the Federal Trade Commission, which still doesn’t have a Trump appointee as a commissioner, declined to block Amazon’s purchase of Whole Foods.