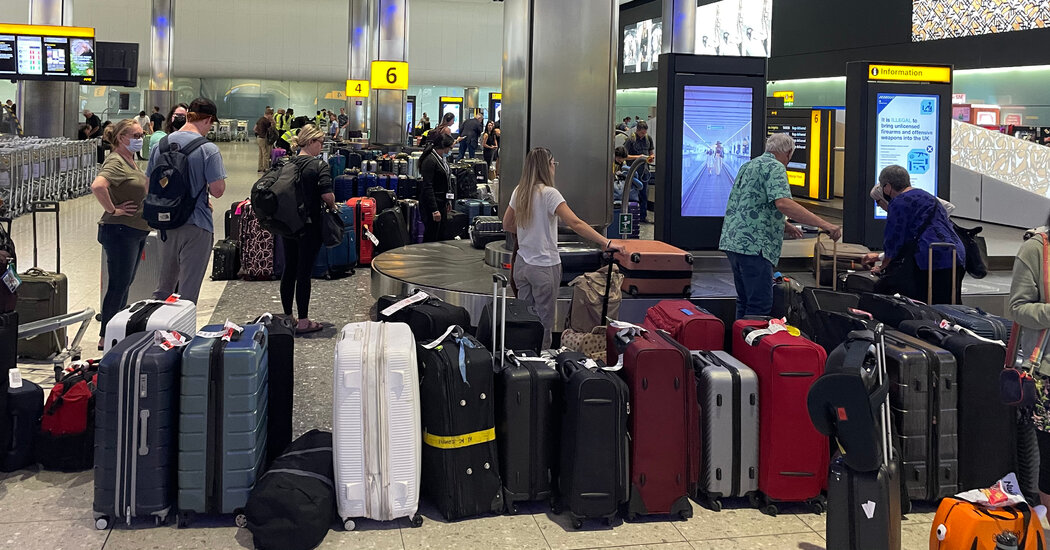 Heathrow Airport said on Monday that it would continue to limit the airport’s capacity to 100,000 departing passengers a day through Oct. 29, extending an effort to ease chaos at airports that has marred summer travel in Europe.

The airport imposed a cap in July, citing staff shortages that led to canceled flights, long lines and lost luggage. The limit was originally set to last through Sept. 11. If operations improve before October, the restrictions could be lifted earlier, the company said in a statement.

Heathrow said in its statement that the cap had led to fewer cancellations, shorter wait times and better punctuality. “By better balancing passenger demand with available resources, we are able to operate a safe airport ecosystem that prioritizes passenger needs,” the statement read.

An average of 40 percent of flights were delayed and 2.7 percent were canceled in the four weeks leading up to the cap, according to data from FlightAware, a flight tracking company. In the four weeks after the cap was imposed, the average rate of delay dropped to about 32 percent, and the average rate of cancellations to 1.3 percent, although the rate has not declined consistently every week.

The extension of the capacity limit is unsurprising because Heathrow simply does not have enough workers to maintain its operations, said Kathleen Bangs, a spokeswoman for FlightAware. “It’s the hourly workers that can bring an operation like Heathrow to its knees,” she said.

Travel was chaotic earlier this summer, as high demand from passengers collided with staffing shortages. That led to lost luggage, canceled flights and long lines. Schiphol Airport in Amsterdam, which introduced a cap in June, has also extended its capacity limit for departing passengers through October.

The capacity limits have been a “mixed bag” for summer travelers, said Henry Harteveldt, a travel industry analyst for Atmosphere Research. “Maybe some lines have gone down,” he said, “but travelers don’t have the selection of flights that they otherwise would.”

“I’m certainly hoping that we see the seat cap end before October,” he added. “The sooner it ends, I think better for everybody: for airlines, for the airport itself and of course for travelers.”