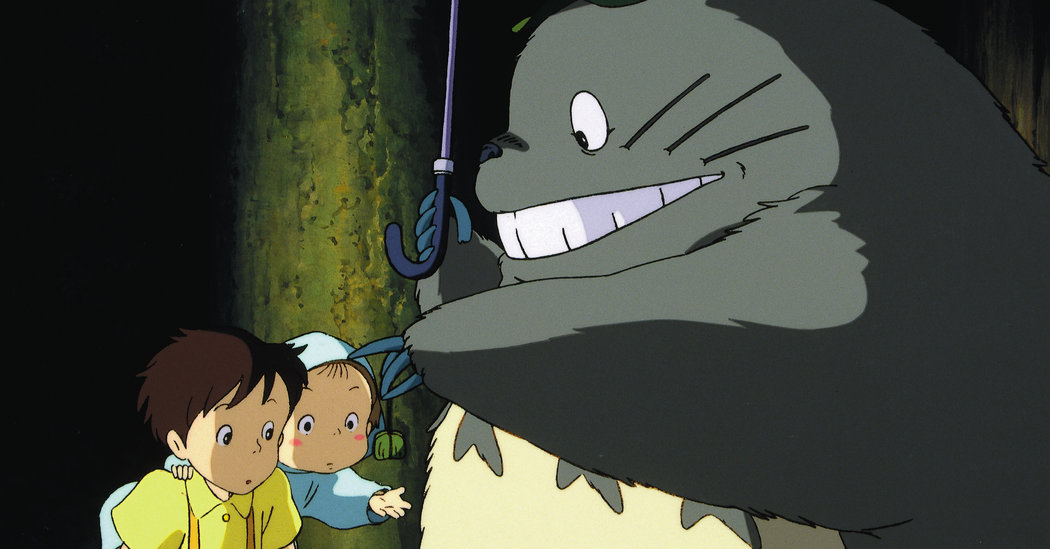 LOS ANGELES — Studio Ghibli, the influential Japanese animation house, is known for its dreamy, mostly hand-drawn films like the Oscar winner “Spirited Away” — and its absence from any streaming service in the United States.

Studio Ghibli, co-founded by the director Hayao Miyazaki, will join “Sesame Street” on the service, which is set to make its debut in the spring. Along with Big Bird, Elmo and Cookie Monster, Mr. Miyazaki’s fantastical forest creatures, juvenile environmental warriors and a cat bus will serve as a cornerstone of the children’s content on HBO Max.

The financial details of Warner Media’s deal with Studio Ghibli’s North American distributor, GKids, which is for domestic rights only, were not disclosed.

The arrangement is the first time Studio Ghibli’s films have been licensed to a streaming platform. According to GKids, several of them have played on TV in the United States, but never in heavy rotation.

In addition to “Spirited Away,” HBO Max has locked down the streaming rights for “My Neighbor Totoro,” “Princess Mononoke” and “Castle in the Sky,” among others. “The Wind Rises,” an animated drama released in North America in 2014, will become available on the service next fall.

[Read more: All the Films of Studio Ghibli, Ranked]

HBO Max is adding the Studio Ghibli films as part of its effort to compete with its streaming rivals in the children’s market. Families are crucial to the services, analysts say, because they are often the most reliable customers: They pay monthly and rarely cancel.

And they will soon be offered a wealth of choices.

Disney Plus will go live on Nov. 12 with the complete Pixar library, which includes the “Toy Story” franchise and the 2018 Oscar winner “Coco.” Soon after, Disney will make its library of animated films available on the service, ending the longstanding “vault” strategy that put classics like “Bambi” and “Snow White and the Seven Dwarfs” into circulation for a while before sending them back into hiding.

Netflix has scooped up the rights to “The Chronicles of Narnia” and “The Baby-Sitters Club” as it prepares to compete with its new rivals. The company has also reached an agreement with Roald Dahl’s widow to make new film adaptations of his classics like “James and the Giant Peach” and “Charlie and the Chocolate Factory.”

HBO Max’s deal with Studio Ghibli is likely to expose Mr. Miyazaki’s work to a new generation of American children (and their parents). Long heralded as one of the greatest animation directors of all time, Mr. Miyazaki will see his work exhibited in the museum by the Academy Museum of Motion Pictures when it opens next year. He collected his second Oscar, for lifetime achievement, in 2014.

“I think I’ve been lucky because I’ve been able to participate in the last era when we can make films with paper, pencils and film,” the director said when he accepted the award.