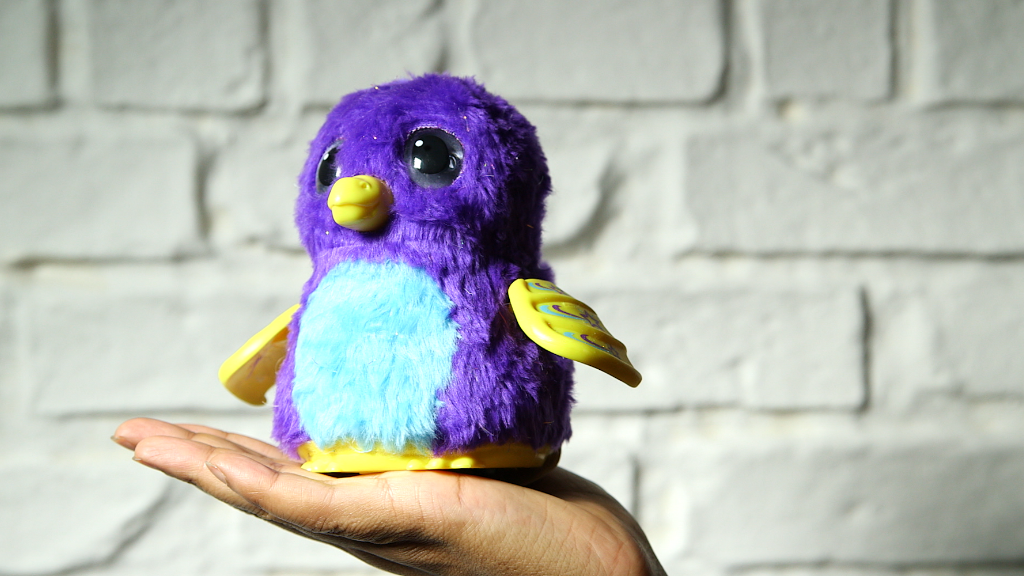 The latest Hatchimals toy egg is bigger, heavier and hiding something extra. All hints point to double trouble in the Hatchimals universe.

Spin Master, the toymaker behind 2016’s biggest toy phenomenon, showed off on Thursday the next-generation version of its product. Called Hatchimals Surprise, two furry interactive toys self-hatch out of a single egg.

The twins, which could either be identical or fraternal, interact with each other (and you), and their personalities age in maturity in the weeks following their birth.

The original Hatchimals’ debut last year sparked a buying frenzy. Desperate parents stood in line for hours to score one for kids ahead of the holidays. Some enterprising entrepreneurs stockpiled the toy and made a killing by reselling them on eBay (EBAY).

“Having seen their new Hatchimals products for this year, I think the brand could triple sales to $250 million,” he said.

While the original Hatchimals pecked their way out of the egg, the twins take on a more realistic approach.

“[They] burst their way out of the top, very much like we see real animals come out of an egg,” said James Martin, head of robotics at Spin Master. “Their hatching experience is totally different [than the original].”

The siblings sit on top of each other. It takes between seven to 15 minutes for the egg to hatch, and it needs your help. Hatchimals owners have to interact with the egg — by holding, tapping and talking to it — to move along the process. The first twin breaks out of the shell on its own. Eventually, you’ll need to reach into the egg to pull the second one out.

Unlike the first Hatchimals, the twins interact with each other. They giggle and say “I love you.” They also get upset when they’re apart for too long. If you press one of their noses, it will sing. The other sibling reacts by dancing, rocking back and forth and flapping its wings.

They also play games and repeat words. This feature ignited a controversy last year when some parents said the most-hyped toy of the season had a potty mouth.

In videos posted on YouTube, parents insisted their Hatchimals toy swore in its sleep. But the company declined the claims, stating Hatchimals don’t speak English — they have their own made-up language. However, the toy repeats what the users says, up to three seconds of sound, and Spin Master said it can’t control what’s said to it.

“It does repeat what you say to it. We can’t control that,” he said. “We respect that people may think they hear something, but we have put the toy through very rigorous testing.”

language.Related: ‘Star Wars: The Last Jedi’ pits BB-8 against its dark side, BB-9E

Hatchimals Surprise ($70) includes two “species”: a Giraven, a mix of a giraffe and a raven, and a Peacat, a combination of a peacock and a cat.

The company is also launching an update to the original Hatchimals brand with two new species coming in December: Tigrette and Puffatoo. Last year’s species — Pengualas and Draggles — will slowly be phased out .

Spin Master is eager to grow Hatchimals beyond just toys.