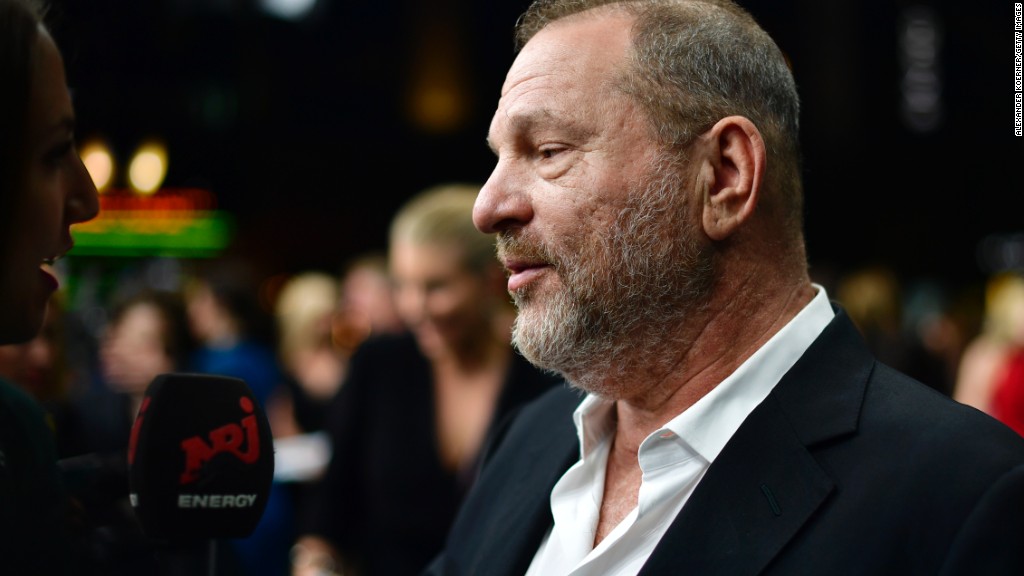 Harvey Weinstein stands accused of rape by multiple women, according to an explosive new story by The New Yorker magazine.

One of the accusers, Asia Argento, confirmed her account to CNN.

She also commented on the mountain of allegations against Weinstein by various actresses, saying, “This is our truth.”

Argento told Ronan Farrow that Weinstein forcibly performed oral sex on her, and she’s been haunted by the encounter ever since.

“Just his body, his presence, his face, bring me back to the little girl that I was when I was twenty-one,” she told Farrow. “When I see him, it makes me feel little and stupid and weak. After the rape, he won.”

A spokeswoman for Weinstein denied the rape allegations in a statement provided to CNN.

“Any allegations of non-consensual sex are unequivocally denied by Mr. Weinstein,” the statement read. “Mr. Weinstein has further confirmed that there were never any acts of retaliation against any women for refusing his advances.”

Farrow writes that “Three women — among them actress Asia Argento and a former aspiring actress named Lucia Evans — told me that Weinstein raped them, allegations that include Weinstein forcibly performing or receiving oral sex and forcing vaginal sex.” The New Yorker did not provide any details of the third rape allegation.

The New Yorker story, 10 months in the making, also includes allegations of harassment and other improper behavior. It comes two days after Weinstein was fired from his company in the wake of a New York Times story detailing numerous incidents of alleged sexual harassment over a period of three decades.

“In the course of a ten-month investigation, I was told by thirteen women that, between the nineteen-nineties and 2015, Weinstein sexually harassed or assaulted them, allegations that corroborate and overlap with the Times’s revelations, and also include far more serious claims,” Farrow wrote.

The New Yorker piece goes even further with allegations against Weinstein.

“Sixteen former and current executives and assistants at Weinstein’s companies told me that they witnessed or had knowledge of unwanted sexual advances and touching at events associated with Weinstein’s films and in the workplace,” the story says. “They and others describe a pattern of professional meetings that were little more than thin pretexts for sexual advances on young actresses and models.”

Farrow reported that there was a culture of fear surrounding Weinstein.

“Many said that they had seen Weinstein’s associates confront and intimidate those who crossed him, and feared that they would be similarly targeted,” Farrow wrote. “Four actresses, including Mira Sorvino and Rosanna Arquette, told me they suspected that, after they rejected Weinstein’s advances or complained about them to company representatives, Weinstein had them removed from projects or dissuaded people from hiring them.” CNN has reached out to representatives for Sorvino and Arquette for comment.

Sorvino said on Twitter on Tuesday, “Very proud of my sisters in spirit who had the courage to break the silence. Very hard for me — more so for others. We took our power back!!”

In response to the new set of allegations, Weinstein’s spokeswoman also said, “Mr. Weinstein obviously can’t speak to anonymous allegations, but with respect to any women who have made allegations on the record, Mr. Weinstein believes that all of these relationships were consensual.” The statement continued, “Mr. Weinstein has begun counseling, has listened to the community and is pursuing a better path. Mr. Weinstein is hoping that, if he makes enough progress, he will be given a second chance.”