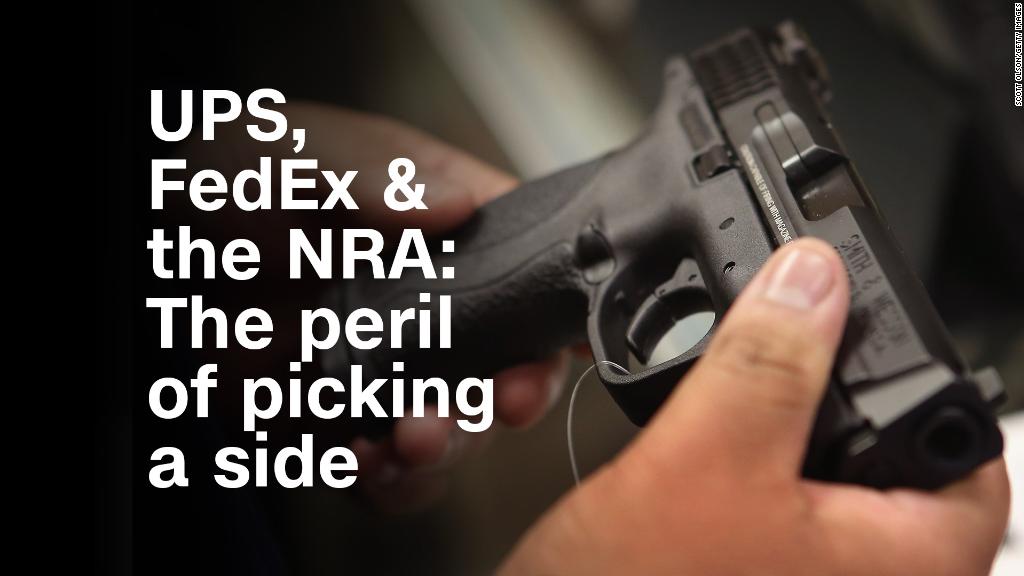 Guns are once again at the forefront of America’s agenda.

The cynic in me says, “Why bother? Nothing is going to change. We’ve been here before and nothing gets done.” I sneer and guffaw at the futility of the wasted time and effort.

Every time, deep down I’m hoping that THIS time things will change. You can imagine my crushing disappointment when they don’t.

So when the Parkland, Florida, school shooting occurred, my walls went up, and I sneered once again.

But deep down I know, this time, things WILL change.

The solution is embarrassing in its simplicity. The only way to fight against the NRA’s deep pockets is to empty their pockets.

America’s representative democracy is springing into action, albeit in a slightly unusual way. Instead of elected officials representing the voters, it’s companies speaking for their customers.

From Delta to Walmart, Bank of Omaha to Kroger, the deals and discounts offered to the NRA are coming to an end, and gun sellers are rethinking what kind of guns they sell — and to whom. Not only is the NRA noticing, but politicians are, too.

Remember when the stock market only went up? Those days are over. Fears about inflation and rising bond yields made February the worst month for US stocks in two years. And it was easily one of the wildest since 2008. While the Dow bounced off its lows, more trouble has arrived in recent days. The Dow fell 420 points on Thursday after President Trump announced plans for tariffs on steel and aluminum imports. The harsh trade moves raise the risk of retaliation and a trade war. The tariffs are also likely to lift prices, reinforcing concerns about inflation. Keep your seat belts fastened.

Federal Reserve Chairman Jerome Powell delivered a bright economic outlook to Congress this week. Business investment is up sharply. Consumer confidence is the highest since November 2000. Could those be signs that the economy is near a peak? Powell doesn’t think so: He pledged to keep the economy humming without starting a recession, hinting that the Republican tax cuts, wage growth and a little inflation would help.

President Trump called it the worst trade deal in American history, yet more than a year into his presidency, NAFTA is still alive. Negotiations have not gone well, but the growing consensus is that the deal will live on. Let’s count the reasons: Roughly 14 million American jobs still depend on trade with Canada and Mexico. If Trump pulls out of NAFTA, he will anger Corporate America. And recent tax cuts alleviate some of the pain NAFTA inflicts on US manufacturers.

Rupert Murdoch and Disney (DIS) are in a battle for Sky. The House of Mouse would gain control of the British broadcaster as part of its deal to buy most of 21st Century Fox (FOXA). But Comcast (CMCSA) has made a more lucrative bid. Comcast, despite owning NBCUniversal, has little presence outside the US, and Sky would make it a global media giant. But Disney may fight for Sky. CEO Bob Iger called it a “crown jewel.” Don’t underestimate Comcast, though: Buying Sky would be revenge for Comcast CEO Brian Roberts. Comcast wanted Fox, but Murdoch chose Disney instead. And Comcast failed in its attempt to buy Disney in 2004.

The SEC is investigating GE’s accounting tactics and its massive insurance losses. The US Justice Department is probing GE’s pre-crisis sale of subprime mortgages. Furious shareholders are suing GE (GE) and former top executives over allegedly misleading statements. JPMorgan (JPM) estimates that the company faces more than $9.2 billion in damage claims in addition to other potential losses from the SEC and shareholder lawsuits. GE tried to clean up its mess by hiring three new directors Monday. But shares have fallen to an eight-year low.

Wells Fargo (WFC) discriminated against black and Latino homebuyers in Sacramento, California, by pushing them into more expensive mortgages than white borrowers, a lawsuit charges.

Consumer confidence hasn’t been this high since …

One in five black men in the United States did not work in 2016.

Geneva Motor Show: Electric SUVs are already the talk of the show, which begins Wednesday. Hyundai (HYMTF) will unveil an all-electric SUV that could have the power and price to compete against the Tesla (TSLA) Model 3 and Chevrolet Bolt EV. Jaguar will show off its significantly higher-end electric SUV.

Steel tariffs: President Trump said his administration will impose a 25% tariff on steel imports and a 10% tariff on aluminum. He said the official announcement will come next week, but he hasn’t announced a date. It’s also not clear whether Trump will exempt some countries from the tariffs, as his national security advisers have urged him to do to avoid hurting American allies.