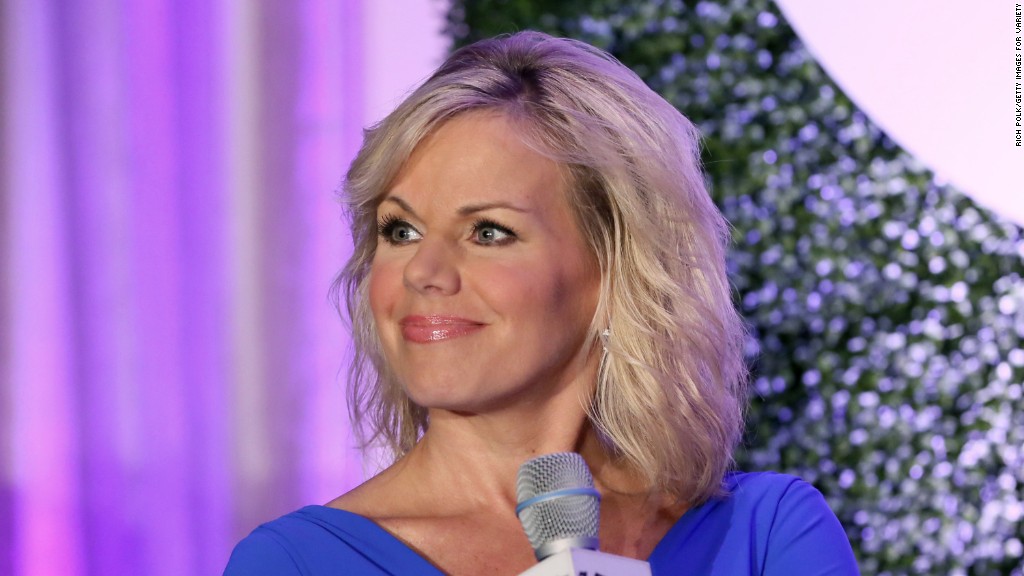 When Gretchen Carlson filed a sexual harassment lawsuit against Fox News Chairman and CEO Roger Ailes, it sent shock waves through the industry and spurred other women at the network to share their own stories of assault and sexual misconduct.

Now, as claims of sexual assault and harassment pile up against Hollywood producer Harvey Weinstein, the former news anchor thinks we’re in a historic moment.

“The floodgates have opened,” Carlson told CNN’s Poppy Harlow in a new Boss Files podcast. “Everyone is talking about this now. And more and more women every day are saying, ‘Oh, my gosh. If they did it, I can do it, too.'”

“If I had anything to do with that, I am immensely proud,” she added.

Carlson, who received a reported $20 million in a settlement deal and an unusual public apology from 21st Century Fox, never expected to become the face of sexual harassment.

But when she took legal action against Ailes, she began speaking for the countless women who have experienced harassment or assault. Ailes, who died in May 2017, left Fox (FOXA) weeks after Carlson made her allegations.

Carlson said she started hearing from women across the country who wanted to share their story. So many women reached out that Carlson said there were stacks of letters “that were starting to become higher than the chair I was sitting on.”

“The two prevailing things that these women said to me, besides their stories of shame and pain, were ‘Thank you for being our voice because nobody ever heard us,'” she said. “They felt a sense of victory through my story being so public.”

Carlson says there’s a big reason most sexual harassment cases are never brought to light: Forced arbitration clauses that prevent employees from taking disputes or grievances to a court of law. Instead the employee must submit them to a private arbitration forum where they will be heard and an outcome decided. By signing the clause, the employee also waives the right to sue the company or participate in a class action.

“Hypothetically, if a woman’s being sexually harassed and she has an arbitration clause in her contract, she’s given up her Seventh Amendment right to sue in an open court,” Carlson said. “So nobody ever knows about her story, ever.”

Related: Gretchen Carlson: ‘Every damn woman still has a story’ about harassment

She has teamed up with several Democratic senators including Al Franken, who is from her home state of Minnesota, Patrick Leahy of Vermont and other co-sponsors to help introduce the Arbitration Fairness Act of 2017.

The bill would get rid of mandatory arbitration clauses in employment, consumer, civil rights and antitrust cases.

So far, it has failed to garner GOP support. “It’s essential and crucial to me that I get a bipartisan bill,” Carlson told Harlow. “I have been meeting with Republicans on this and I’m very optimistic about it.”

She also hopes that she’ll be able to convince President Trump to get on board.

“Wouldn’t it be great if he actually signed the Gretchen Carlson Mandatory Arbitration Bill that got rid of secrecy?” she said. “That would certainly be showing that he respects women.”

Doing away with secret arbitration meetings would also help other women who have been sexually harassed feel less isolated, Carlson added. “Once it’s public, other women within that company also find out that somebody else has filed a complaint,” she said. “You’re not thinking, ‘It’s just me.'”

In her new book “Be Fierce,” Carlson offers her advice on how to fight sexual harassment and other inappropriate behavior in the workplace.

She warns that human resources departments aren’t always there to advocate for employees. “People who work in HR departments are getting their paychecks from the company,” she explained. “That’s one thing that people always told me as I worked my way up.”

But that doesn’t mean women shouldn’t speak up. “You have to find a couple of trusted colleagues that you can share [things with] so you have witnesses,” Carlson said. “That’s crucial.”

Keeping a running log of incidents is also essential, she added. “The most important thing really is to document what’s happening to you. And make sure you keep that documentation at home.”

Finally, Carlson said, women should consider the help of an attorney. Organizations like Legal Aid or BetterBrave, a group that helps set up victims with lawyers, are a good resource.

Carlson has created the Gift of Courage fund, which offers financial support to charities that help women and girls. She also put together a nine-city tour that will offer a series of workshops that provide underserved women with counseling and guidance on domestic violence and sexual harassment.