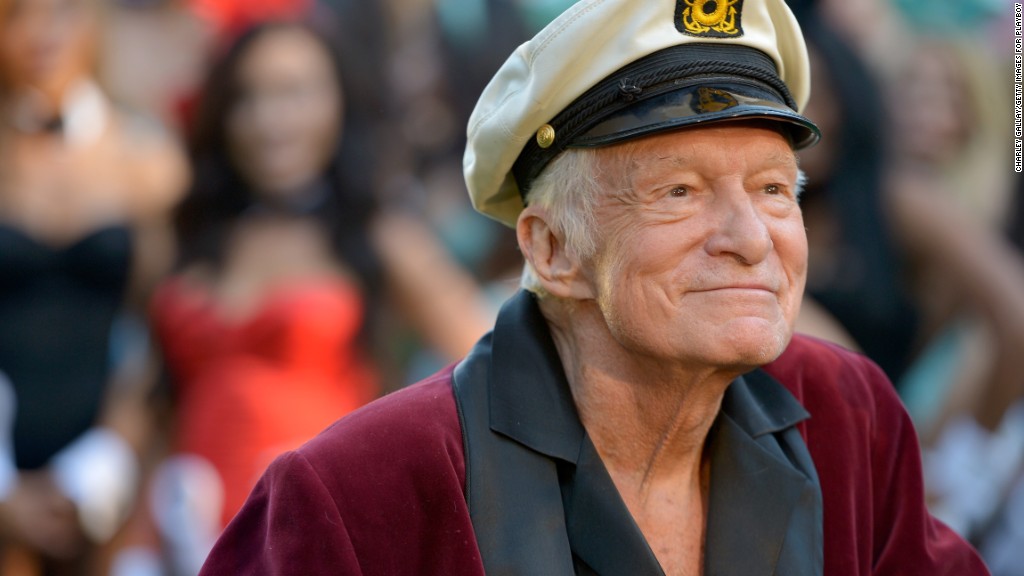 There’s some truth to the old line that people read Playboy for the articles. Some of the most celebrated writers in American literature got their starts there.

Hugh Hefner, who died late Wednesday at age 91, was hardly the biggest name associated with his magazine. While it’s most famous for celebrity centerfolds — Marilyn Monroe was the first — Playboy also featured Vladimir Nabokov, the author of “Lolita,” and Ian Fleming, who created James Bond.

Norman Mailer wrote about the Rumble in the Jungle, the 1974 Ali-Foreman fight, in the pages of Playboy. Ray Bradbury’s “Fahrenheit 451” was serialized in Playboy after it was published in 1953.

“The Great Shark Hunt,” a book by the late Gonzo journalist Hunter S. Thompson, originated with a 1974 article for the magazine about American anglers carousing in Cozumel.

Playboy writers were accorded rock-star status, according to Thompson, who wrote extensively about drugs, guns, booze and politics. He wrote that Mexican public relations staffers treated him like a “high-style dignitary,” referring to him as Señor Playboy.

“When I got to Cozumel, on Monday afternoon, everybody on the island with any clout in the tourism business was half-mad with excitement at the idea of having a genuwine, real-life ‘PLAYBOY writer’ in their midst,” he wrote.

In another article, not for Playboy, that was republished in “The Great Shark Hunt,” Thompson boasted of using a fake Playboy photographer’s ID to get better treatment while covering the Kentucky Derby.

Gloria Steinem got a big break writing not for Playboy but about Playboy.

The groundbreaking feminist went undercover as a Playboy bunny in 1963 and wrote about it for Show magazine. Her story was called “A Bunny’s Tale,” and is rife with lines like, “The Bunny Room was chaotic and jammed with the usual assortment of girls in high heels and little else.”

Steinem’s inside look at the “Mad Men”-style world of suited men with cocktails and catcalls, and women who were underpaid and underdressed, helped launch her career. She later helped start New York magazine and co-founded Ms.

“I took a last look at myself in the mirror,” Steinem wrote, describing herself preparing for a night’s work at the Playboy Club. “A creature with ¾” eyelashes, blue satin ears and an overflowing bosom looked back.”