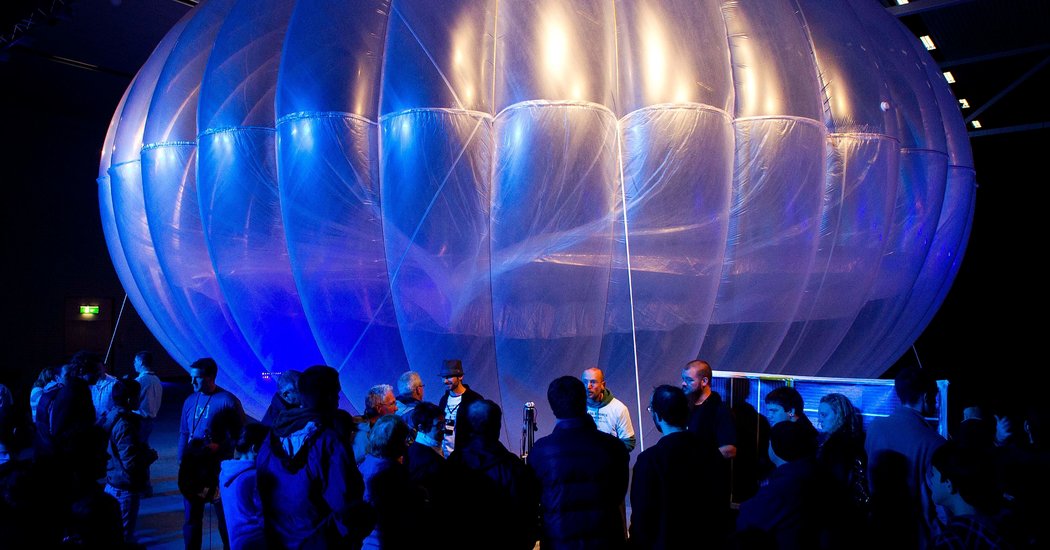 Both ventures are becoming their own independent businesses within Alphabet, the technology conglomerate that owns Google and now 13 other units, Alphabet said on Wednesday. Their so-called graduation from Alphabet’s research lab, X, means the delivery-drone and balloon-internet teams may now be on a path to soon offer commercial services and earn revenue.

“The seemingly impossible can actually be possible,” Astro Teller, the head of X, said in a blog post. “Today, unlike when they started as X projects, Loon and Wing seem a long way from crazy.”

The delivery-drone unit, named Wing, has built 11-pound drones with fixed wings for gliding to destinations and 12 rotors for hovering over homes while winching down deliveries. Wing tested the aircraft in Australia last year, delivering burritos and medicine to customers who ordered the items on a Wing mobile app.

Wing has struggled to perfect its technology since it began in 2012, at one point scrapping its entire design. But its new status suggests the team is satisfied with its progress. Technical hurdles remain, such as delivering in urban areas, though regulations may pose a bigger challenge. The Federal Aviation Administration is slowly authorizing tests of drone deliveries in the United States, including an upcoming pilot with Wing in Virginia.

Wing is also betting it can make a business out of regulators’ strict requirements for drones; the company is developing software that routes unmanned aircraft in the sky, a sort of automated air traffic control for drones.

Loon began in 2011 inside X. Its balloons have since traveled more than 18 million miles, delivering internet from Brazil to New Zealand. Last year Loon beamed connections to Peru after floods there and Puerto Rico after Hurricane Maria.

Although Loon and Wing are now stand-alone units inside Alphabet, it still may be years before they become full-fledged businesses, if ever. Google’s self-driving car project spun out of X, Alphabet’s research lab, in 2016 to become Waymo, but it still focuses on small pilots of its technology. Loon’s and Wing’s graduations also will likely bring increased scrutiny of their finances and expectations for their progress from Alphabet’s executives.