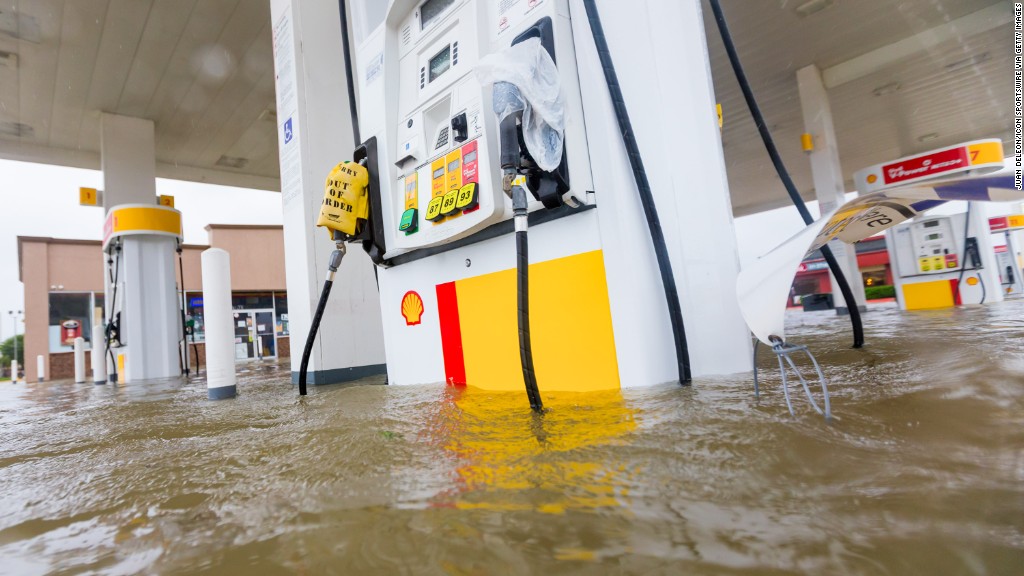 The September jobs report looks troubling at first glance, but there may be some really good news below the surface.

The Bureau of Labor Statistics reported Friday that average hourly wages have grown by 2.9% over the past 12 months. That is the highest level of annual wage growth in more than eight years, and it means some people are getting more in their paychecks.

But now for the bad news.

The jump in wages last month might be due to the fact that there were more than 100,000 jobs lost in low-wage jobs that government economists call the “food services and drinking places” industry and normal people call restaurants and bars.

The fast food sector isn’t known for paying its workers a lot of money — despite some recent minimum wage increases across the nation and moves by individual companies like McDonald’s (MCD) to boost hourly wages.

So wage growth could slow down in the coming months once the impact of Hurricanes Harvey and Irma start to fade and people in Texas and Florida get back to work.

Andrew Chamberlain, chief economist with Glassdoor, wrote in a report that the September wage growth number “was likely artificially boosted” by anomalies in the data due to Harvey and Irma.

“Low-wage industries like leisure and hospitality recorded large job losses in September, temporarily boosting the overall average wage,” he wrote, adding that it was not a reflection of “real wage pressures.”

But other economists are more confident that wages will continue to rise.

“We know that there have been sectors and localities faring better than the norm, but [the September jobs report] suggests that wage growth is spreading, finally,” he added.

After all, the broader economy is still relatively strong. And higher paying construction jobs should be in demand as cities hit by Harvey and Irma rebuild. The demand could be particularly big in markets like Houston and Miami.

Related: The Dow could be so hot that it melts

It’s also important to note that the unemployment rate continued to fall, hitting a more than 16-year low of 4.2%, despite the monthly jobs loss. People who want jobs have been able to find them. That should continue to be the case.

“The tightening labor market…assures more wage gains in the near future,” said National Association of Realtors economist Lawrence Yun in a report.

“Construction jobs …will need to increase rapidly in order to relieve the housing shortage facing the country,” Yun added.

So wages may not go down all that much even as more restaurant and bar employees head back to work.

But that likely means the Federal Reserve will remain on track to keep gradually raising interest rates.

The job losses of September shouldn’t dissuade Fed chair Janet Yellen, in what could be one of her last big moves as head of the Fed if President Trump decides to appoint a new Fed chief when her term expires next year, from staying the course.

“Is there anything in the September jobs report to stay the Fed from a December rate hike?” asks Dun & Bradstreet lead economist Bodhi Ganguli. “The answer is no.”

And as long as the Fed sticks to a steady-as-she goes regime when it comes to rate increases, no matter who’s in charge of the Fed going forward, then Wall Street will probably be okay with that.

To that end, stocks fell only slightly on Friday. The Dow, S&P 500 and Nasdaq have all soared this year and are near record highs. And CNNMoney’s Fear & Greed Index, a measure of market sentiment, remains at Extreme Greed levels.