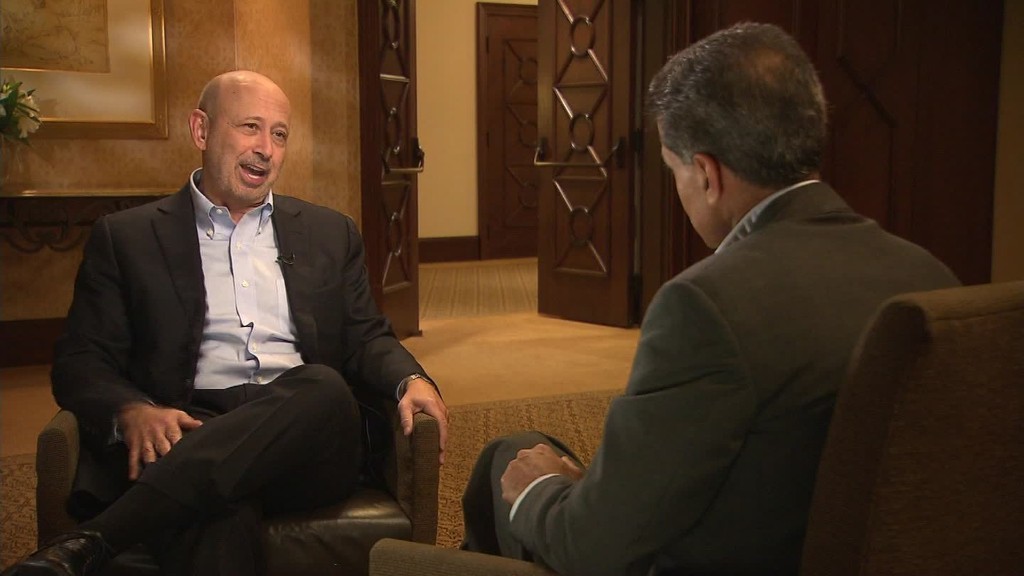 The Wall Street boss suggested Thursday that Britain should hold another vote on whether to leave the European Union.

“Here in U.K., lots of hand-wringing from CEOs over #brexit. Better sense of the tough and risky road ahead. Reluctant to say, but many wish for a confirming vote on a decision so monumental and irreversible. So much at stake, why not make sure consensus still there?” he said.

Blankfein is in London this week for a conference with clients and other business leaders, and his tweet appeared to reflect some of their concerns.

Goldman (GS), like many other banks, campaigned against Brexit. It donated to the official campaign opposing Britain’s departure from the EU.

It’s not the first time Blankfein has used the social platform to express his thoughts on Brexit.

Last month, he tweeted about enjoying a trip to Frankfurt, and said that’s a good thing because he’ll be spending a lot more time there.

Goldman plans to move hundreds of jobs from London to Frankfurt in order to protect its business as Britain leaves the EU.

Under EU rules, banks in any member country can trade freely across the bloc. Many global banks, including Goldman Sachs, use London as a springboard for their European business.

Once the U.K. drops out of the bloc, the banks will have to establish offices and beef up their presence elsewhere in the union in order to continue their business without restrictions.

Blankfein has not shied away from controversy on Twitter, where he has posted fewer than 30 messages.

He previously slammed President Trump for backing out of the Paris climate pact, and weighed in on U.S. immigration policy.