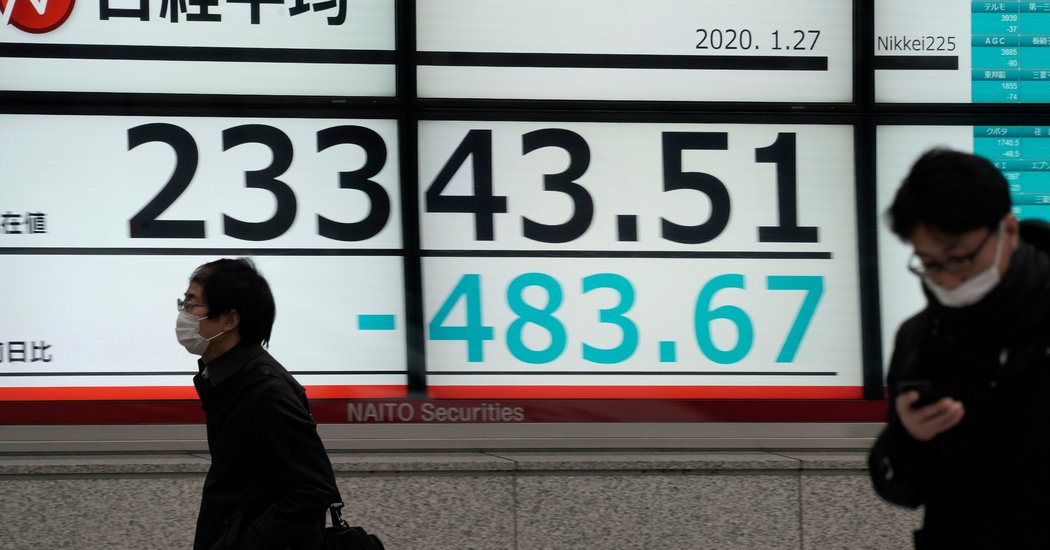 Stocks tumbled on Monday and oil prices fell, as the spread of a dangerous virus in China raised investor worries about the global economy.

The sudden appearance of the coronavirus, which has now killed at least 80 people in China and infected others in Europe and the United States, among other countries, has shattered a calm that had settled over financial markets in recent months.

Nearly 3,000 people, mostly in China, have now contracted the disease. China extended the Lunar New Year holiday in an effort to limit travel and contain the outbreak that started in the city of Wuhan. On Sunday, a fifth case of the disease was confirmed in the United States.

Concerns about the virus were evident on Wall Street on Friday, with shares of airlines and companies dependent on tourism from China particularly hard hit.

On Monday, that selling accelerated. Major stock benchmarks in Europe were down more than 2 percent. While many markets in Asia were closed for Lunar New Year, Tokyo’s benchmark Nikkei 225 index sank 2 percent.

Oil prices dropped. Brent crude, the international benchmark, slipped below $60 a barrel, its lowest since October.

On Friday, the S&P 500 declined 0.9 percent, the worst for the index since early October.