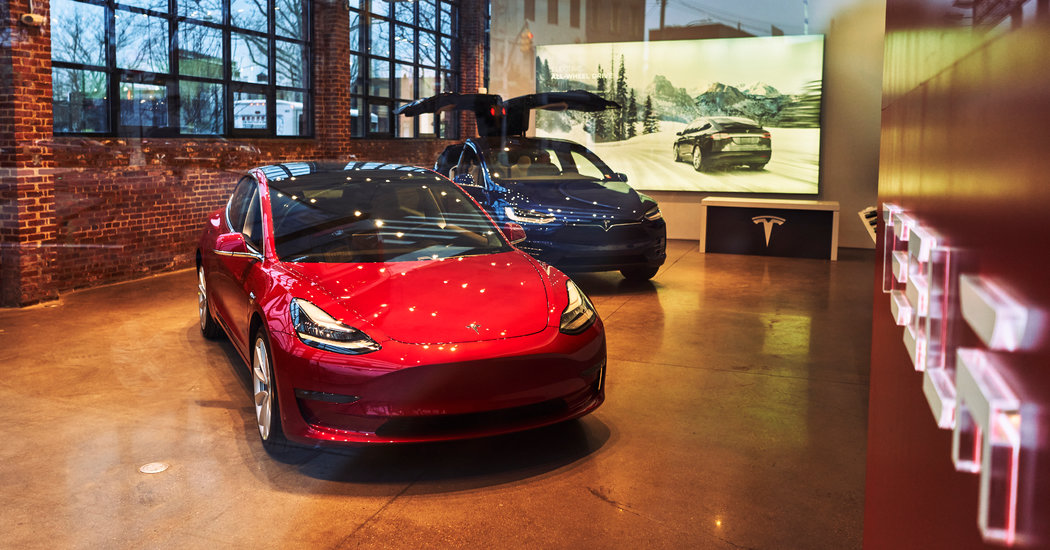 Tesla’s plans to steal buyers from German luxury automakers suffered a setback Tuesday after a court in Munich ruled that the California maker of electric cars made exaggerated promises about its autonomous driving technology.

Tesla’s use of the brand name Autopilot for its software, as well as claims the company made on its German website about the software’s function, create the false impression that the car can drive itself, a Bavarian state court ruled. In fact, the court said, Autopilot is a driver-assistance system that requires human intervention.

In any event, the court said in response to a suit by a German business group, the country’s laws do not allow vehicles to operate autonomously on the highway.

Tesla can appeal the decision, which bans the company from making the claims but does not take effect for a month. The ruling may foreshadow the resistance Tesla, which is building a factory in Berlin, is likely to face as it tries to market its vehicles abroad. The ruling also illustrates the hurdles Tesla faces as it tries to bring autonomous driving to the road.

Elon Musk, Tesla’s chief executive, has defied growing industry skepticism about the feasibility and safety of cars that can steer, brake and navigate without human intervention. Mr. Musk told an audience in Shanghai this month that “essentially complete autonomy will happen and I think will happen very quickly,” according to Reuters.

Mr. Musk has faced criticism from United States officials for making exaggerated claims about Autopilot’s capabilities and not doing enough to warn Tesla drivers of the software’s limitations. In February, the National Transportation Safety Board said that Autopilot and a driver who relied too heavily on it were most likely to blame in a 2018 crash in California in which the driver died.

Tesla has maintained that Autopilot makes its cars safer. The company did not respond immediately to a request for comment Tuesday. GSK Stockmann, a law firm that represented Tesla in the German court case, declined to comment.

The court decision in Munich was in response to a lawsuit by the Wettbewerbszentrale, or Competition Center, a watchdog group financed by German chambers of commerce and businesses, including automakers. The organization says its goal is to ensure fair competition among companies operating in Germany.

Tesla has become a serious threat to German luxury carmakers, outselling popular BMW, Audi and Mercedes-Benz models during some months. Tesla’s midpriced Model 3 is by far the most popular battery-powered car in Europe, where sales of electric vehicles have continued to grow during the pandemic even as sales of gasoline and diesel cars have plunged.

The Wettbewerbszentrale objected to several claims made on Tesla’s German website last year, including an assertion that optional software upgrades would allow cars to drive autonomously on Autobahns. Tesla also claimed that “your parked car will find you in the parking lot and come to you. Unbelievable but true!” The website said that future upgrades would allow Tesla cars to drive themselves in urban areas.

The court determined those claims were misleading.

“The use of the term ‘Autopilot’ and other formulations suggest that the vehicle is technically capable of fully autonomous driving,” the court said. Autopilot is “a driver assistance system,” the court said. “While underway, driving without human intervention is not possible.”

Mr. Musk reacted indirectly to the ruling Tuesday, pointing out on Twitter that in aviation “autopilot” refers to technology that allows a plane to fly autonomously under the supervision of a pilot.

“Tesla Autopilot was literally named after the term used in aviation. Also, what about Autobahn!?” Mr. Musk wrote.