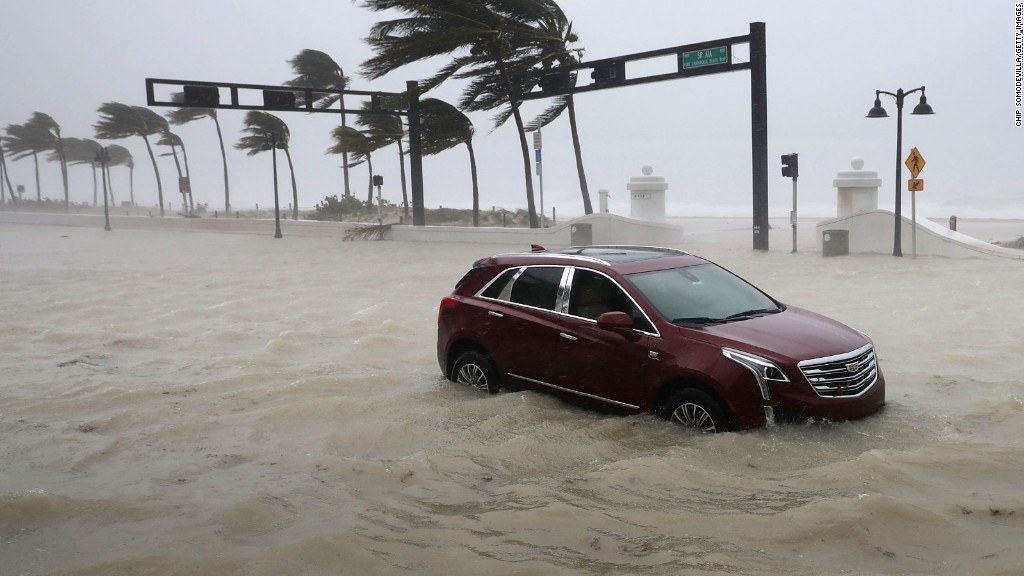 Florida is racing to refill its drained gas stations to allow millions of residents to return to their homes following mass evacuations caused by Hurricane Irma.

Historic demand for gasoline sparked major gas shortages in the days before Hurricane Irma struck Florida over the weekend.

At least 60% of the gas stations in Miami-Fort Lauderdale and Gainesville are without fuel, according to estimates on Monday morning from crowdsourcing platform GasBuddy. Roughly half of the gas stations in Jacksonville, Tampa, West Palm Beach and Fort Myers are also empty after Floridians took to their cars to flee the path of the storm.

These widespread gasoline outages threaten to make life even more difficult for Florida residents as they try to return home to see if their property suffered damage from Irma’s powerful winds and storm surge.

The big key to fixing the gas shortages will be getting Florida’s ports reopened to receive fuel shipments. Florida has few refineries of its own, making it reliant on tankers and barges to meet virtually all of its huge appetite for fuel.

Hurricane Irma forced the closure of most major Florida ports as of Friday evening. The ports are unlikely to reopen until Tuesday at the earliest, according to Goldman Sachs. That suggests just a “gradual” restocking of Florida’s gasoline supplies, the investment bank wrote in a research report on Monday.

“Without the ports, there’s no fuel flowing. It’s likely the number of gas outages will rise before they start falling,” said Patrick DeHaan, senior petroleum analyst at GasBuddy.

Significant damage to major ports could further complicate matters. Hurricane Harvey forced the shutdown of the Port of Corpus Christi in Texas for a record six days — and other ports faced restrictions that delayed shipments.

However, Florida appears to have avoided the worst-case scenario that Irma threatened. That suggests Florida’s ports may recover faster than Texas ports did.

“My hunch is those gasoline outage numbers are going to drop very, very fast. By next week, things should be very close to normal,” said Tom Kloza, global head of energy analysis at the Oil Price Information Service.

“It’s a small miracle,” Paul Anderson, the port’s president, said in an interview. “I can’t tell you how relieved we are that we’re not in a full-blown recovery. It could have been weeks of repairs.”

Port Everglades, located in Fort Lauderdale, said in a statement on Monday that it is assessing damage and plans to reopen to vessels following approval from the U.S. Coast Guard. The port accounts for one-fifth of Florida’s energy requirements and receives more than 12.5 million gallons of petroleum products each day.

Unfortunately, recovery efforts could be hampered by Hurricane Jose, which could move near Florida later this week.

“The window to make repairs or get deliveries may be quite small” due to Hurricane Jose, said Hillary Stevenson, director of oil markets at research firm Genscape.

Related: Hurricanes will probably hurt the economy, but not for long

Other logistical challenges stand in the way of restoring Florida’s gas situation, especially widespread power outages that have left some gas stations in the dark.

“We need to get their power restored in order for the fuel to begin running in their pumps,” said James Miller, director of communications for the Florida Petroleum Marketers and Convenience Store Association.

Some gas stations may have also suffered damage from the hurricane, while others could be blocked by road closures.

The federal government has offered assistance as well by waiving restrictions on the types of cargo ships that can deliver fuel and on the types of fuel that can be used in Florida and other states.