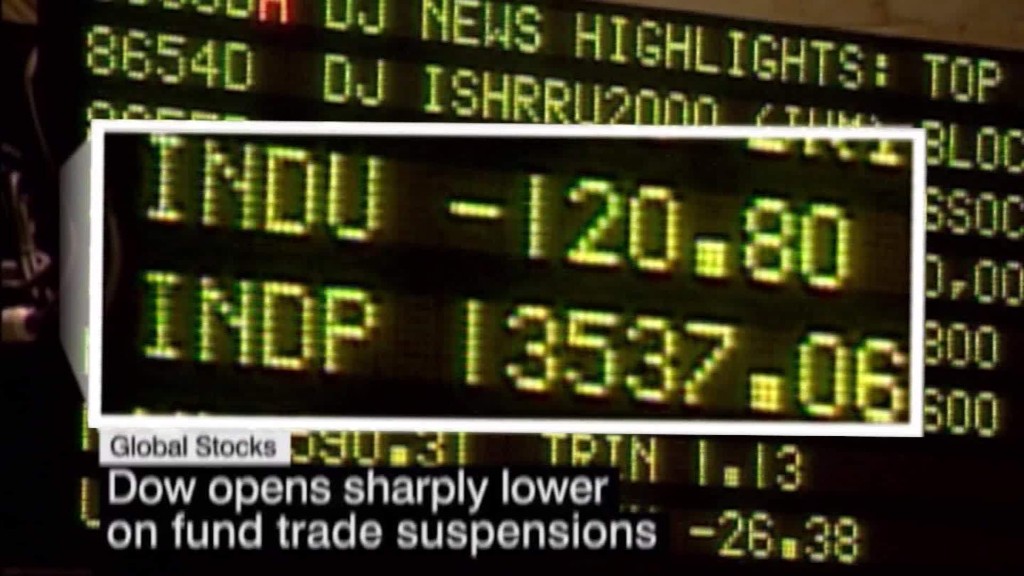 Federal regulators took this risk so seriously that they came to AIG’s (AIG) rescue with a controversial $180 billion bailout to prevent the insurance behemoth’s failure.

The 2010 Dodd-Frank law attempted to minimize the danger of exotic derivatives like the ones AIG sold. Dodd-Frank required most of these trades move from opaque over-the-counter markets to more transparent exchanges known as clearinghouses. These third parties act as middlemen that guarantee payment, even if one of the trading partners fails like AIG nearly did.

While Dodd-Frank is credited with making derivatives safer, some worry about what happens to the financial system if clearinghouses themselves implode.

“We haven’t figured out yet how to resolve a clearinghouse,” Gary Cohn, President Trump’s top economic adviser, said on Monday in Chicago.

“It seems obvious to me that’s going to be the next problem,” Cohn told financial execs at a convention hosted by the American Bankers Association. Over the weekend Cohn called the issue a “new systemic problem,” according to Bloomberg News.

Today, clearinghouses are vital parts of the financial plumbing, where trillions of dollars in futures contracts and commodity transactions get done. These third-parties are responsible for safely overseeing trades, monitoring them and making sure they get settled safely.

To avoid another AIG episode, clearinghouses require trading partners to put up collateral in case they can’t pay their side of the transaction.

“These are just staggering, staggering numbers,” said Cohn. He added that “we have fallen in love” with clearinghouses and they seem to be the “cure for all ills.”

Related: Wall Street’s Masters of the Universe are back

Cohn suggested that regulators need to come up with a plan to safely unwind clearinghouses. Dodd-Frank required big banks like JPMorgan Chase (JPM) and Wells Fargo (WFC) provide regulators with resolution plans, or “living wills,” that describe an institution’s strategy in case they file for bankruptcy. While Dodd-Frank mandates big banks to file updated living wills, clearinghouses are not required to come up with these roadmaps.

Cohn isn’t the only one worried about the system’s reliance on clearinghouses.

“Failure of a major clearinghouse could paralyze large swaths of the financial markets,” David Skeel, a University of Pennsylvania Law School professor, wrote in a June paper for the Brookings Institute.

Of course, Cohn knows a thing or two about financial meltdowns. As president of Goldman Sachs (GS), Cohn led the firm’s lucrative pre-crisis bet against the housing market that became known as “the big short.” That trade not only helped Goldman make $12 billion in 2007 as other banks were stumbling, but Cohn himself hauled in $72.5 million that year.

Goldman also purchased massive insurance contracts from AIG that landed the insurer in financial trouble. The federal bailout of AIG allowed Goldman and other banks to get paid off on these contracts.

Dodd-Frank does allow regulators designate clearinghouses as systemically important institutions, a move that gives them access to emergency funding from the Federal Reserve.

Regulators have done just that for several clearinghouses, including the CME Group’s (CME) iconic Chicago Mercantile Exchange and ICE Clear Credit, which is owned by New York Stock Exchange parent Intercontinental Exchange (ICE). Others include the Depository Trust Company and The Options Clearing Corporation.

But it’s not clear what would happen if a clearinghouse collapsed anyway.

“This may be the single greatest weakness of the new financial architecture,” Skeel wrote.