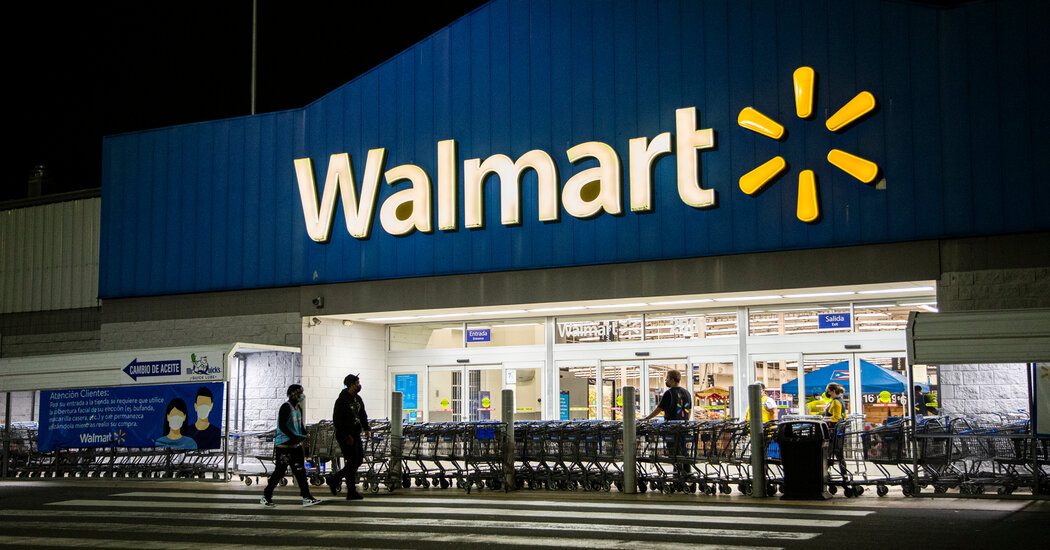 The Federal Trade Commission has accused Walmart of repeatedly failing to protect its customers from falling prey to fraudsters when using the retailer’s money transfer services.

The F.T.C. said on Tuesday that the giant retailer “turned a blind eye” while fraudsters stole “hundreds of millions of dollars” by using common schemes such as impersonating Internal Revenue Service agents or telling people they were relatives who needed help and then inducing them to transfer money using Walmart’s transfer services.

“While scammers used its money transfer services to make off with cash, Walmart looked the other way and pocketed millions in fees,” Samuel Levine, the director of the F.T.C.’s Bureau of Consumer Protection, said in a statement.

In a lawsuit filed in U.S. District Court in Chicago, the F.T.C. said that as Walmart’s money transfer business expanded, the company did not put anti-fraud policies in place for many years.

Even after policies were introduced, Walmart workers received little training in how to spot fraud and, in some cases, were complicit in the schemes, accepting cash tips from the scammers for facilitating the fraud, the F.T.C. said.

From 2013 to 2018, as much as $197 million in payments that were the subject of fraud complaints were sent or received at Walmart, according to the F.T.C. It asked the court to order Walmart to return money to customers.

In a statement, Walmart said that the F.T.C.’s complaint was a “factually flawed and legally baseless civil lawsuit” and that the agency denied the retailer “the due process of hearing directly from the company.”

Walmart also criticized the F.T.C. for filing the lawsuit against it even after the agency pursued action against one of the third-party companies that administer the money transfers. Walmart said the agency was trying to shift blame for the oversight lapses of one third-party company while it was under a government monitor.

Walmart enables customers to send money through its vast store network in the United States, Mexico and Britain. The money can be picked up inside the stores and is often used by people without bank accounts. Walmart charges millions in fees for the transfers.

The F.T.C. said Walmart was an attractive place to pull off prospective frauds because the schemers could pick up the cash, often using a fake ID.

The trade commission voted 3 to 2 to sue Walmart.