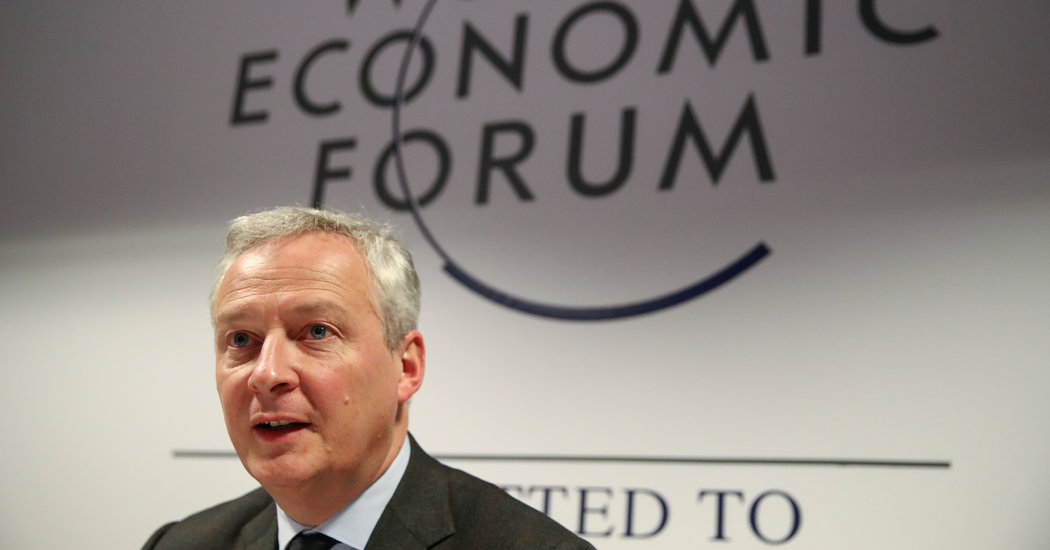 DAVOS, Switzerland — France’s finance minister, Bruno Le Maire, said the United States and France had reached a broad framework for using a plan that was being developed by the Organization for Economic Cooperation and Development to set digital taxes, but further talks were needed and would take place tomorrow.

The announcement came a day after the two countries appeared to strike a temporary truce in a trans-Atlantic spat, after President Emmanuel Macron agreed to suspend a French tax on American technology giants in exchange for a postponement of threatened retaliatory tariffs on French goods by the Trump administration.

Any tax framework developed by the O.E.C.D must meet certain standards, Mr. Le Maire said. “We want the basis to be solid, credible and fair,” he said, later adding that, “There is still some work to be done.”

Further talks were also needed among European nations, he said. If a deal could be reached at the O.E.C.D., he said, that would be preferable either to European countries acting individually or as a group to impose taxes.

“Europe stands united vis-à-vis the U.S.” on the preference for a broadly agreed tax framework instead of each country imposing its own taxes, Mr. Le Maire said.

No comment was immediately available from United States officials. The Treasury secretary, Steven Mnuchin, is expected to hold a briefing in Davos tomorrow.

There have been detailed technical talks with Mr. Mnuchin and Mr. Le Maire’s staff for two weeks, as well as a Sunday night phone call between President Trump and Mr. Macron, the finance minister said.

Mr. Le Maire described the call between Mr. Trump and Mr. Macron as “decisive,” having reached an agreement that gave more breathing room to work out further details.

Mr. Le Maire made clear that the issue of digital taxation was far from resolved.