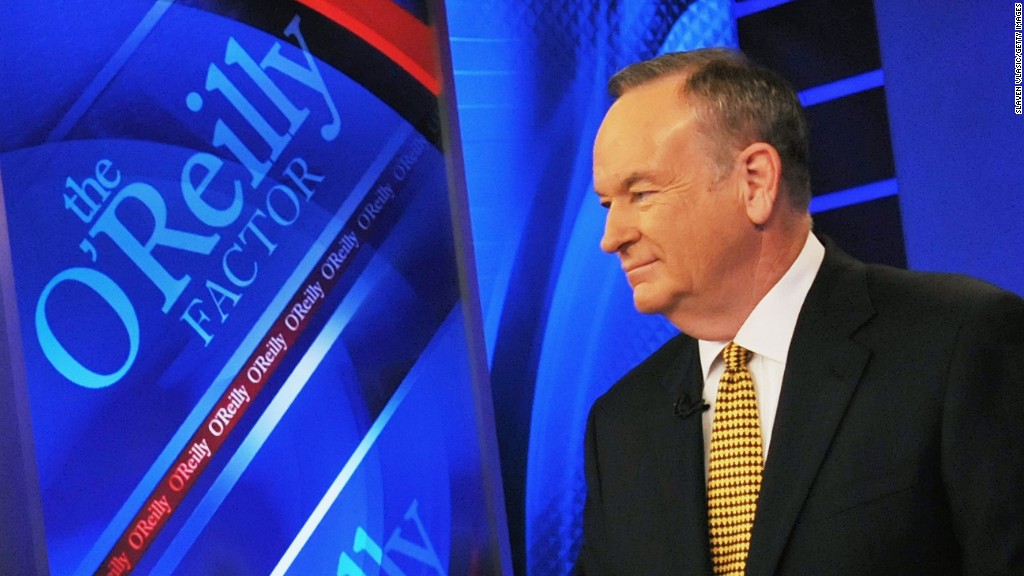 $32 million. Bill O’Reilly paid $32 million to a Fox News colleague who threatened to sue him for alleged sexual misconduct.

Observers speculated that the revelation could cause further trouble for Fox’s parent company 21st Century Fox. British regulators said scandals in the U.S. have already threatened its attempt to acquire the European satellite network Sky.

In an interview, O’Reilly told The Times that “I never mistreated anyone” and “this is crap.”

Related: Bill O’Reilly appears on Fox News for first time since his ouster

O’Reilly lost his job at Fox in April after The Times revealed the existence of other settlements with women who had accused him of sexual harassment or verbal abuse.

The $32 million payout to Wiehl is far, far higher than any of the previously known settlements. Two sources confirmed the $32 million figure to CNN on condition of anonymity.

The new Times story comes at a time when O’Reilly is actively seeking a new TV commentary job. His spokesman was quoted saying, “We hope that all the leaks coming out of Fox are not designed to hurt Bill O’Reilly in the marketplace.”

Last month O’Reilly returned to Fox for the first time since his ouster — for a highly rated visit to Sean Hannity’s show.

Hannity has expressed hope that O’Reilly will come back for more appearances. But the revelation in the Times may make that more difficult.

Related: ‘Sad’ Bill O’Reilly vows ‘the truth will come out’ in first extended comments since firing

According to the newspaper’s report, Wiehl’s complaints “included allegations of repeated harassment, a non-consensual sexual relationship and the sending of gay pornography and other sexually explicit material to her.” The story cited “people briefed on the matter.”

After the settlement deal was reached, Wiehl signed an affidavit that said she had “no claims against Bill O’Reilly,” according to The Times, which viewed the document.

The deal was struck in January, right before O’Reilly and Fox finalized an even bigger deal — a $25-million-a-year contract renewal.

A spokesman for 21st Century Fox said Saturday that the company knew about the existence of a new settlement during their contract negotiations, but not the exact amount.

“When the company renewed Bill O’Reilly’s contract in February, it knew that a sexual harassment lawsuit had been threatened against him by Lis Wiehl, but was informed by Mr. O’Reilly that he had settled the matter personally, on financial terms that he and Ms. Wiehl had agreed were confidential and not disclosed to the company,” the spokesman said.

“His new contract, which was made at a time typical for renewals of multi-year talent contracts, added protections for the company specifically aimed at harassment, including that Mr. O’Reilly could be dismissed if the company was made aware of other allegations or if additional relevant information was obtained in a company investigation,” the spokesman added. “The company subsequently acted based on the terms of this contract.”

The new contract gave Fox an “out.”

They exercised that option in April — when the smaller settlement payments were reported by the Times, many advertisers fled O’Reilly’s show, and the network decided to replace him with Tucker Carlson.

But the company now faces fresh questions about why it renewed O’Reilly’s contract at all, given that there were brand new allegations of misconduct at the time the contract negotiations were taking place.

Wiehl had been a regular on “The O’Reilly Factor” for well over a decade. It is unclear why her time at Fox ended. But her departure came at the exact same time as the $32 million settlement with O’Reilly.

“After 15 years on the air as a legal analyst for Fox News, I have decided to leave Fox to devote myself to my writing and other pursuits,” Wiehl wrote in an email to colleagues on January 18. The email was obtained by CNN.

“It has been my pleasure and privilege to work with many of you during my time at Fox,” Wiehl wrote. “I thank each and every one of you who have been so helpful to me over the years. I wish you all the best.”

Representatives for O’Reilly and Wiehl were not immediately available.