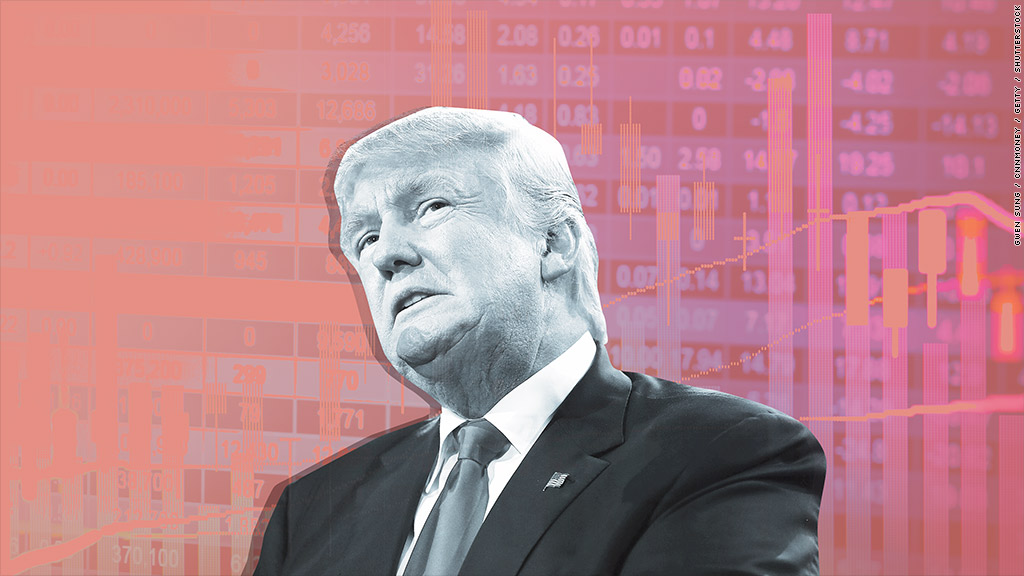 For the first time in seven years, all 34 of the nation’s biggest banks were granted permission to buy back stock or pay dividends to shareholders, according to the annual stress test results released Wednesday by the Federal Reserve.

The verdict is part of the Fed’s yearly financial health checkup on banks like JPMorgan Chase (JPM), Bank of America (BAC) and Wells Fargo (WFC) to determine if they are strong enough to weather a severe financial crisis while still being able to continue to lend to consumers and businesses.

Today’s results assess whether a bank is able to maintain a certain level of capital under severe stress, while also accounting for the firm’s plans to distribute capital to shareholders.

Capital One Financial was the only bank asked by the Fed to address weaknesses found in its capital plan, which it must do within the next six months. Still, those fixes weren’t enough to stop regulators from giving the Virginia-based firm its stamp of approval.

Banks were also given a clean bill of health in the initial round of “stress test” results released last week. The Fed said the biggest banks would be capable of continuing to lend, even under dire economic conditions — in this case, a 10% unemployment rate, a sharp decline in housing prices and a severe recession in the eurozone.

Federal Reserve Governor Jerome Powell welcomed the results of this year’s stress test, saying it has “motivated all of the largest banks to achieve healthy capital levels and most to substantially improve their capital planning process.”

It will now be up to individual banks to disclose their plans to distribute capital — either by buying back shares or distributing dividends — to shareholders.

Analysts widely expected positive news ahead of the release of the second round of results.

In a note to clients ahead of the release of Wednesday’s results, Keefe, Bruyette & Woods analyst Brian Gardner said the initial findings from last week affirmed the strength of banks, “which could lead to good news regarding capital deployment.”

U.S. banks have significantly rebounded from the 2008 financial meltdown, due in large part to post-crisis rules that required financial institutions to hold larger amounts of higher quality capital and rigorously defend their ability to prepared for potential risks.

Related: The world’s riskiest bank is in trouble

Put in place after the financial crisis, the Fed’s annual checkups have long made banks jittery. However, regulators continue to tweak the exam to make it less onerous.

As part of the test, regulators look for two key pieces of information. One is whether banks have enough capital to survive economic turmoil in the financial system. And the other is whether firms were good at identifying and measuring risk when they craft their plans to pay dividends or buy back shares.

Any bank that fails must draw up new plans and won’t be allowed to pay dividends to shareholders until a plan has been approved.

Only two banks seized the opportunity to revise their capital plan ahead of Wednesday’s results: American Express and Capital One.

Earlier this year, the Fed eased the exam on 21 banks with $250 billion or less in assets. These banks will only have to meet certain capital thresholds to “pass” and won’t be judged on their ability to foresee risk when drafting plans to offer share buybacks and dividend payments.

This makes it more likely a firm will pass the test, according to analysts.

“There is little threat of a failure,” Jaret Seiberg, an analyst with Cowen & Co.’s Washington Research Group wrote.

Related: Regulators ask Congress to give small banks a break

Powell, the Fed’s interim regulatory czar, told Senate lawmakers last week if the country’s largest banks continue to meet regulators expectations, it would be “appropriate” to remove the subjective aspect of the yearly test altogether.

The Fed governor’s suggestion comes amid more than 100 recommendations made by the Treasury Department to lessen the burden on banks, including limiting the number of financial firms that must face the annual exams.