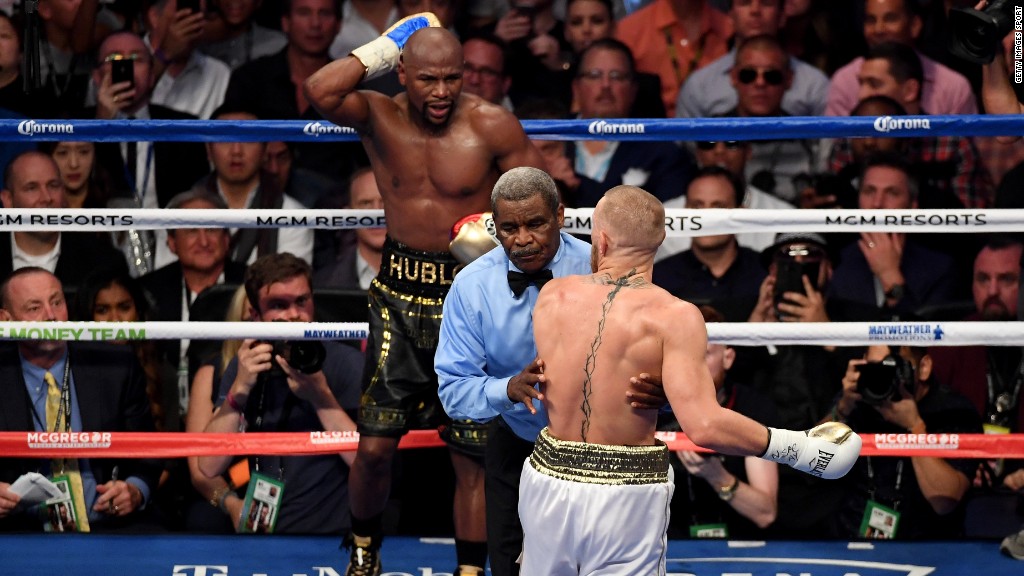 Floyd Mayweather won “the money fight” on Saturday and is now poised to enter a new arena: the billionaire athletes club.

Mayweather is expected to bring in over $300 million for his fight against Conor McGregor, the MMA fighter he beat in 10 rounds.

The boxing superstar — he now boasts a 50-0 record — has already grossed a reported $700 million in his career from fight purses, which include money from pay-per-view sales, ticket sales and fight endorsements.

After this fight, Mayweather should join Michael Jordan and Tiger Woods as the first three athletes to make more than $1 billion, said Leonard Ellerbe, the CEO of Mayweather Promotions.

“I don’t think he’s done too bad in his career,” Ellerbe added.

Jordan made more than $93 million over his career, according to salary tracker Spotrac. However, he had several lucrative endorsement deals, including a lifetime deal with Nike.

Those endorsement deals helped him break into the billionaire’s club, as well as his ownership of the Charlotte Hornets. In 2015, he made Forbes’ list of billionaires for the first time.

Tiger Woods was also on the exclusive list, at least for a time.

In 2009, Forbes estimated that his winnings and endorsement deals made Woods a billionaire.

But his stock has fallen in recent years. Woods hasn’t won a major tournament since 2008.

And a high-profile sex scandal caused some sponsors to walk away from him. Forbes estimated his net worth at $740 million in 2016.

Related: Why the Mayweather McGregor fight is big money

One athlete who’s made it very clear he wants into the club: LeBron James.

The NBA player seems to be well on his way. He’s made millions over his playing career and has signed lucrative endorsements, including a lifetime deal with Nike in 2015. And he’s also befriended billionaire investor Warren Buffett.