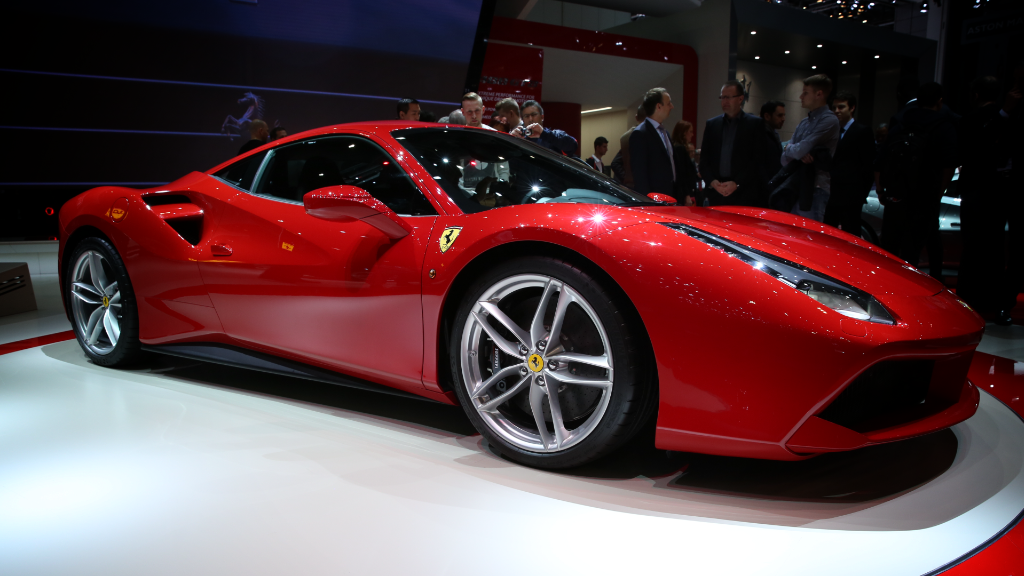 Ferrari has released photos of the new convertible model it will unveil at the Frankfurt Motor Show next month. The V8-powered Ferrari Portofino will replace the California T, Ferrari’s entry-level model.

Entry-level for Ferrari (RACE), however, is still over $200,000. Pricing for the Portofino will be announced in Frankfurt but it’s expected to be similar to the California’s, which is about $203,000.

The Portofino will be powered by 552 horsepower turbocharged V8 engine, an improved version of the one used in the California. The Portofino’s engine will provide better responsiveness and improved fuel economy, Ferrari claims.

Ferrari promises that the engine’s sound, with its characteristic snarl, has been enhanced so that it can be better enjoyed with the roof down. The body is also lighter and stiffer for improved handling. The car’s top speed will be 199 miles per hour.

How Ferrari maintains its mystique

Like the California, the Portofino will have four seats, including two back seats “suitable for short trips,” and a folding hard roof. A new design for the front seatbacks allows more legroom for occupants in those small backseats. A new wind deflector will calm the airflow inside the cabin when the top is down.

The California was named for the western U.S. state that has long been one of Ferrari’s most important markets. The name was first used on a convertible version of Ferrari’s 250 GT sports car in the late 1950s and early ’60s. Those cars were originally designed for export to the U.S., and they can be very valuable as collectible cars today.

The new name, Portofino, refers to a resort town on the coast of the Italian province of Genoa.