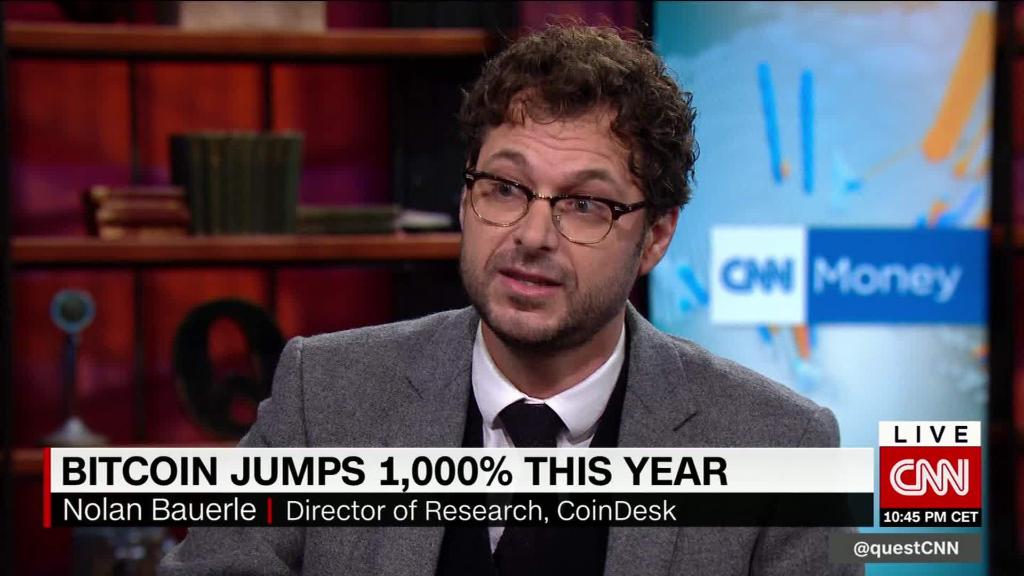 Cryptocurrencies have been on a wild ride.

The premier digital currency, Bitcoin, crossed $17,000 in value Thursday before plunging back to $14,000. Others like it are gaining in popularity as prices climb to meteoric heights.

While these new digital currencies are helping some pioneering investors gain quick wealth, federal authorities are warning about their potential for fraud.

The Securities and Exchange Commission has warned investors to be on the lookout for “potential scams” involving Initial Coin Offerings.

ICOs are sometimes called “crowdsales” and function similarly to an Initial Public Offering on the stock market, but without the governmental regulation. They typically receive investments in the form of cryptocurrency in exchange for shares known as tokens. But ICOs can be for any sort of startup — they don’t necessarily have to be for cryptocurrency companies.

The SEC’s newly created Cyber Unit has started to take action on “pump and dump” schemes where fraudsters lure investors, take their money, and run.

The agency declined to comment specifically about the prevalence of fraud, but Todd Kornfeld, an attorney who specializes in financial regulations as well as ICOs and blockchain technology, said the feds are looking for obvious fraudsters.

“So far, the cases that have attracted regulatory scrutiny and enforcement actions appear to be blatant, outright frauds where apparently there were never any intentions of actually delivering a product or service, or so it has been alleged,” Kornfeld said.

On December 4, the SEC said it froze the assets of PlexCorps, a company that was running an ICO for its own cryptocurrency called PlexCoins. It marked the first action from a newly created Cyber Unit inside the SEC that’s looking to combat digital fraud.

The agency filed civil charges against Dominic Lacroix, his partner Sabrina Paradis-Royer and PlexCorps, for “misappropriating investor funds illegally raised through the fraudulent and unregistered” offer of PlexCoin. Before they were shut down, the ICO had raised nearly $15 million from thousands of investors since August by allegedly making false promises for a 13-fold profit in less than a month.

“We intend to contest this case not in the media but in a court of law,” said Jason Gottlieb, a lawyer for Lacroix and Paradis-Royer. “Once the court appreciates the facts and the applicable law, I am confident the court will come to see this case differently than the SEC has presented in its papers to date.”

The SEC complaint says Lacroix is “the subject of numerous proceedings related to fraudulent securities activities in Canada.”

In cases that are not so obvious, he said that investors can run free background checks on ICO providers through BrokerCheck on the Financial Industry Regulatory Authority’s website.

There are other clues for detecting questionable ICOs, he said, like amateurish websites, a lack of coverage on news sites and industry blogs, a lack of official documentation, and a puffed-up sales technique that fails to warn of potential risks.

“Spotting a potentially fraudulent ICO is no different from spotting a fraud in anything you buy or a business arrangement that you enter,” Kornfeld said. “It’s partly a look and smell thing. Do things look right?”

Despite its Wild West atmosphere this relatively new market, which operates outside the tenets of regulated national currencies, is becoming increasingly hard for Wall Street to ignore.

Related: Bitcoin hack of NiceHash might have stolen $67 million

Major exchanges are getting into the game. Starting this month, investors will be able to trade Bitcoin futures on the Chicago Board Options Exchange and the Chicago Mercantile Exchange, and the Nasdaq could join the list next year.

The feds continue to take notice. In November, the FBI charged Brooklyn businessman Maksim Zaslavskiy with securities fraud and conspiracy to commit securities fraud for allegedly bilking investors out of $300,000 through an ICO scam called REcoin which he claimed was “the first-ever cryptocurrency backed by real estate.” He was also hit with an SEC civil complaint.

He has pleaded not guilty. His lawyers, Jason Nagi and Mildred Whalen, said Zaslavskiy did not intend to defraud investors.

Spotting fraud may be easier than predicting cyber-security issues.

Are you trading bitcoins? We want to hear from you about your experience

On Wednesday, NiceHash, a marketplace for mining digital currencies, said it was temporarily suspending its operations because hackers stole as much as $70 million in cryptocurrency.

Other exchanges have collapsed or disappeared under questionable circumstances, like the infamous Mt. Gox incident of 2014, where a bitcoin exchange in Japan shut down and froze hundreds of millions of dollars in funds. Some of the money was eventually returned from a “forgotten” digital wallet, but the company filed for bankruptcy with $64 million in debt. In 2015, Japanese prosecutors charged Mt. Gox founder Mark Karpelès with embezzlement. He pleaded not guilty and went to trial earlier this year.

Related: What on Earth is going on with Bitcoin?

Garrick Hileman, a senior research associate at the University of Cambridge Centre for Alternative Finance, said that it’s often hard to tell the difference between a failed ICO and a deliberate scam. But he said regulatory scrutiny is increasing, at the same time that the market is growing and Bitcoin’s price is soaring sky-high.

“I think the regulators have signaled very clearly that they’re watching the space very closely now and this is going to scare off some of the more blatant ICOs,” he said. “I think the ICOs we do see will be much better disguised. I think they’ll have to be, to avoid scrutiny.”