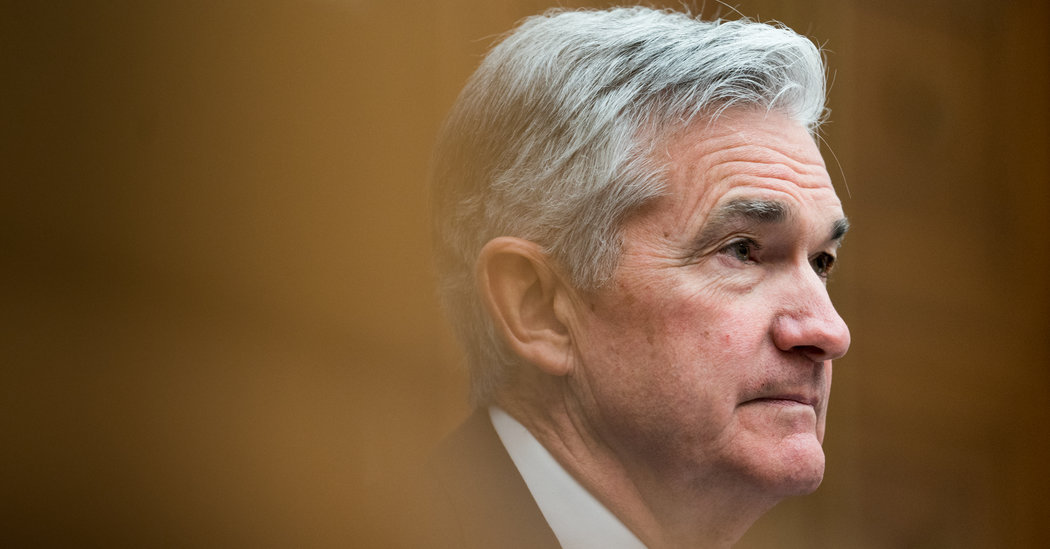 A rate increase this month would make clear the Fed’s gathering confidence in the economy as well as its focus on the potential for inflation, which has remained persistently muted throughout the expansion.

“We think Fed officials will view the growth and inflation data in recent months as encouraging,” analysts at Goldman Sachs wrote in a research note ahead of the meeting, “particularly with tax cuts now implemented and with an additional fiscal boost from federal spending arriving this year.”

Fed officials indicated in December that they expected to raise rates three times in 2018. Now some analysts say a short-term economic stimulus from Congress — in the form of a $1.5 trillion tax cut and federal spending increases — could push the Fed to add a fourth rate move. On Wednesday, the Fed’s intentions will be reflected in the so-called “dot plot,” which charts the expectations for future rate increases from every member of the Federal Open Market Committee.

A potential fourth increase would be motivated by rising concerns about an overheating economy, with such low unemployment that it sets off an inflationary spiral as companies lift wages to compete for scarce workers and increase prices to pay for those higher salaries. A portion of the voting membership of the committee rotates every year among the Fed’s regional bank presidents. The new members tend to worry more about inflation than those they replaced. Even some members who have fretted more about growth than inflation appear to be shifting their calculus.

Lael Brainard, a Fed governor who has been less hawkish than many of her colleagues, said in a speech this month that in many ways, “today is the mirror image of the environment we confronted a couple of years ago.”

“In the earlier period, strong headwinds sapped the momentum of the recovery and weighed down the path of policy,” she added. “Today, with headwinds shifting to tailwinds, the reverse could hold true.”

A Case for Caution

If the Fed sticks to three planned rate increases this year, analysts will point to lingering uncertainties in the recovery, including structural issues like a ballooning debt load and trade barriers that could turn the economy’s tailwinds back into headwinds.

Recent data suggest that economic growth is falling short of expectations for the first quarter. Wage growth appears to be improving, but the signs are mixed. Markets have been rattled in recent weeks by Mr. Trump’s tariff plans and embrace of a potential trade war. The Fed seems unlikely to react strongly to any one of those factors, but taken together, they could prod officials into pushing any additional rate move into 2019.

Though this will be his first news conference as Fed chairman, Mr. Powell has already faced tough questioning during two days of congressional hearings in February and March. He struck a careful tone in those appearances, saying he had upgraded his own economic outlook but saw no evidence yet of overheating in the economy.

Mr. Powell also offered only gentle criticism of Mr. Trump’s planned tariffs on imported steel and aluminum. He praised free trade in general, while acknowledging that it had hurt some workers by shifting jobs overseas, and added, “The best approach is to deal directly with the people who are affected rather than falling back on tariffs.”

Reporters are likely to push Mr. Powell more on that subject, especially with Mr. Trump’s tariffs scheduled to take hold this week and the administration readying a round of trade penalties aimed directly at China. Analysts expect him not to rock markets with any surprise opinions, in line with his performance in front of Congress.

“He came off fairly polished in that, as if he wasn’t nervous about being there,” said Tim Duy, a University of Oregon economist who writes the Fed Watch blog. “I would expect him to be similar in this news conference. He’s not going to drop any bombshells.”