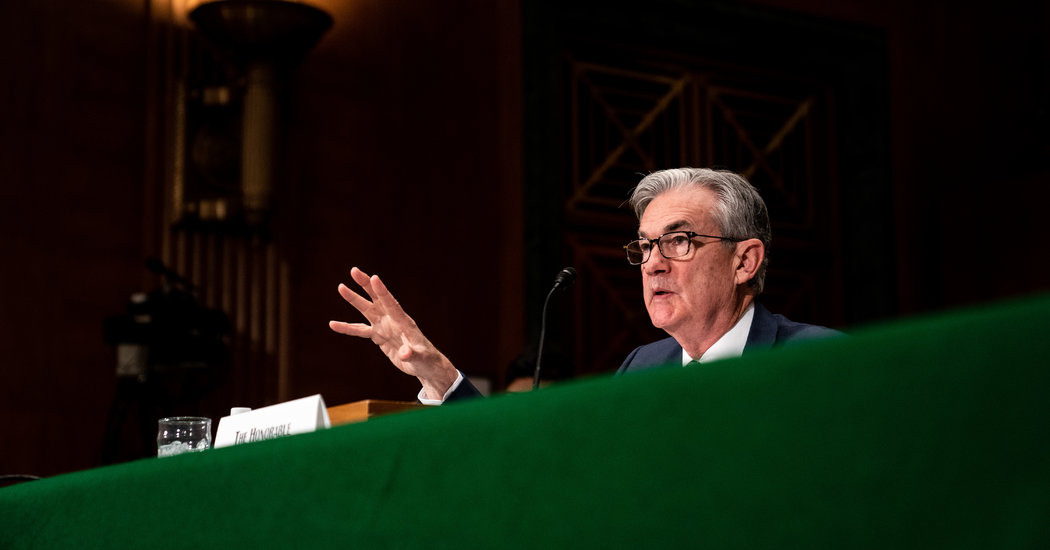 WASHINGTON — Federal Reserve officials left interest rates unchanged at their January meeting as the economy grew steadily, but they spent their meeting reviewing risks to the outlook — including fresh concerns about the coronavirus that had begun to take hold in China.

Minutes from the Fed’s Jan. 28 and 29 meeting showed that officials called the new coronavirus “a new risk to the global growth outlook.” At the time, the outbreak had killed more than 100 people and sickened about 5,000. It has continued to spread since, causing more than 2,000 deaths and infecting more than 75,000 people.

Central bankers have been cautious about predicting how much the virus will affect the United States economy, though they have made it clear that they expect some spillover. Swaths of China have ground to a standstill as authorities try to contain the virus by shuttering factories and enforcing quarantines, disrupting trade and tourism. Factories across the nation are reopening, but haltingly.

The Fed is monitoring how the economic fallout in China bears on American growth and inflation.

“The question for us really is: What will be the effects on the U.S. economy? Will they be persistent, will they be material?” Jerome H. Powell, the Fed chair, told lawmakers while testifying last week. “We know that there will be some, very likely to be some effects on the United States. I think it’s just too early to say.”

Fed officials have signaled that they plan to leave policy unchanged as they wait to see how the economy shapes up in 2020. That patient stance comes after central bankers cut interest rates three times last year in a bid to insulate the economy against fallout from President Trump’s trade war and a slowdown abroad.

While an initial trade deal with China has alleviated some uncertainty that dogged America’s economy last year, tensions are not fully resolved. Beyond that, manufacturing remains slow and business investment is still weak.

“Participants generally expected trade-related uncertainty to remain somewhat elevated, and they were mindful of the possibility that the tentative signs of stabilization in global growth could fade,” according to the January minutes. Against that backdrop, they saw the current policy as “likely to remain appropriate for a time.”

Interest rates are currently set in a range between 1.5 and 1.75 percent. That is below the Fed’s longer-run estimate of where its rate will settle, and officials believe the current stance should give the economy a slight boost.

The central bank’s next meeting will take place March 17 and 18 in Washington. Since the January gathering, Fed officials have consistently signaled that they remain comfortable leaving rates unchanged for now, unless an economic surprise knocks them off that course.

Coronavirus is not the only risk on the Fed’s radar.

Some Fed officials fretted over financial stability risks at the meeting, noting that “financial imbalances — including overvaluation and excessive indebtedness — could amplify an adverse shock to the economy.”

And “several” pointed out that “planned increases in dividend payouts by large banks and the associated decline in capital buffers might leave those banks with less capacity to weather adverse shocks.”

But the minutes also suggest a paradox for regulators, noting that relatively high capital requirements could cause “potential migration of lending activities” into the shadow banking system — loosely regulated non-bank lenders where supervisors lack oversight authority. From the way the minutes are written, it is unclear how many people shared in that concern.

Officials also discussed a longer-running problem at the January gathering: inflation has remained below policy maker’s 2 percent goal even as the unemployment rate lingers near half-century lows and the economy grows steadily.

“A few participants stressed that the Committee should be more explicit about the need to achieve its inflation goal on a sustained basis,” the minutes said. Several said that “mild overshooting” might help the Fed to reinforce that its goal is symmetric, meaning that officials want price gains to oscillate around 2 percent rather than hovering below that level.

If prices grow too slowly, it diminishes the central bank’s already-limited room to cut interest rates in a recession, since the federal funds rate incorporates price gains. As of December, the central bank’s preferred price index accelerated by just 1.6 percent.

While Fed officials are hopeful that inflation will rise toward its 2 percent target in 2020, they have expressed a similar optimism for years, only to repeatedly fall short.

The Fed has been reviewing its monetary policy framework, and that discussion continued in January with a look at how to handle future financial stability concerns. If the Fed cuts rates at rock-bottom and keeps them there for an extended period of time to fight recessions going forward, they noted, it could encourage investors and financial institutions to take excessive risks — and that reality should potentially play into policy-setting.

But those at the meeting “generally agreed” that supervisory and regulatory tools should make up the backbone of the central bank’s main approach to financial stability concerns, according to the minutes.

While “many participants remarked that the Committee should not rule out the possibility of adjusting the stance of monetary policy to mitigate financial stability risks” participants noted that it was unclear how changes in rates would actually interact with financial vulnerabilities.

As such, “monetary policy should be guided primarily by the outlook for employment and inflation,” the minutes said.

Several suggested that the Fed would need a communication strategy to convey the Committee’s assessment of financial vulnerabilities and the policy implications of those views.