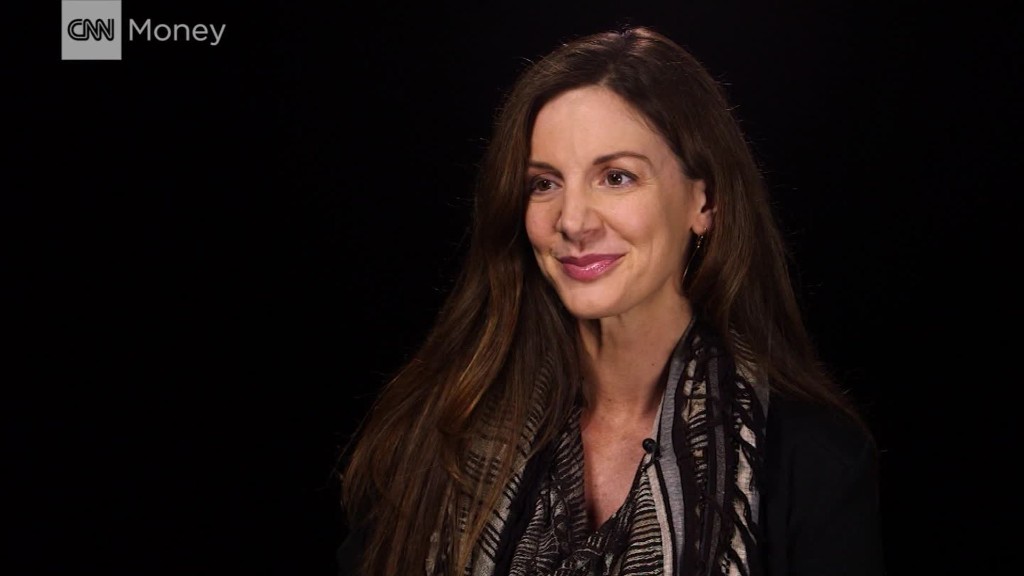 Kat Cole’s rise from a Hooters waitress to vice president of the restaurant chain by age 26 was already an amazing feat. But now this executive is taking on a more daunting challenge — taking the reins as President and COO of food giant Focus Brands while becoming a mother for the first time.


“I’m really curious about that extra warrior princess that motherhood, that you just see brought out in women. The extra power, the extra layer,” Cole said in a new Boss Files with Poppy Harlow podcast.

Cole oversees Focus Brands’ North American operations, including Cinnabon, Moe’s Southwest Grill, Carvel, Auntie Anne’s, Schlotzsky’s, and other restaurant chains. She credits her rise to the influence of her own mother, who raised Cole and her two siblings almost entirely by herself and fed the family on just $10 a week.

“She’s the ultimate believer, always saying you could do anything, even though there weren’t really examples of people [with] white collar jobs, with professional careers on either side of my family,” Cole says.

Cole’s mother didn’t attend college and was also raised by a single parent. “She’s just the type of woman that can figure things out and make it happen,” Cole says. “She worked multiple jobs. That’s the leadership example I grew up with.”

Cole’s mother never lets her forget her roots, regardless of her growing professional success. “Every year on my birthday card, she writes some version of, ‘Don’t forget where you came from, but don’t you dare ever let it solely define you,'” says Cole.

Cole calls it a concept of “your fruits are in your roots” — but that doesn’t mean they are your anchor.

When Cole was just 19 and working as a Hooters waitress, corporate called and said they needed “a top employee to go to Australia and help open the first ever franchise there,” Cole recounts. “I’d never been on a plane. I didn’t have a passport.”

But “there were early believers” at the company, she says. So she got a passport and went.

Related: Bobbi Brown on her new venture: ‘I am a start up’

Watching her mother get by on such a tight budget also gave Cole a unique perspective on the minimum wage debate that she says has put so many fast food executives in a tricky spot.

“I think the world is different today than it was when my mom was raising three girls,” says Cole. “The income gap, the income disparity was not as severe as it is today. Whether or not a living wage is the answer or some of the other solutions that have been thrown around, the layer I put on it is first that of care for our society, healthy people, do no harm.”

Raising the minimum wage is a delicate balance for many of the company’s franchisees, Cole says. “They are small business owners with food costs going up and down, health care expenses going up… They’re saying, ‘I’m going to go out of business,'” she says. “The conversation we are having is back to this compromise, what you can be comfortable with in the name of progress?”

Focus Brands said wages for hourly workers at its franchisees vary across its broad range of markets in the U.S. and that it strives to “find and keep the best talent and paying well for top workers is a best practice.”

Just like her career path, Cole’s approach to management is unconventional. She admits part of what helps her maintain such a keen eye on customer demands is digging through the trash at their franchised restaurants — literally.

“One of the most important questions is, what are we giving away, what are we selling, what are we providing or creating or investing in that the guest or customer actually doesn’t value? Said another way: What ends up in the trash?”

She also tells consumers not to eat the products daily. “When I took over Cinnabon, I went on national television and said, ‘Do not eat it every day! Please, please don’t eat it every day, but man when you’re in the rare mood to be bad, come to us. It’s made with real sugar and real fat.'”

Despite her rise, Cole says she checks herself monthly with what she calls the “hotshot rule.”

It’s a gut check of sorts. “[I] ask myself, if a hotshot took over my position today, what is one thing… that that person would do if they had my seat, and look at it and say, ‘That’s unacceptable. I’m fixing it immediately,'” says Cole. “I check in with my values and ask does my current situation, work, policies, demands, relationship, personal time, does it jive with my values? And if not, it’s on me to make a change.”

Constantly striving is an apt way to describe Cole’s drive. So does she want to be a CEO one day? “Oh yeah!” she quickly replies.

“I’ve turned down a lot of CEO opportunities. Small, mid-size companies and some pretty high level opportunities for larger companies.”

In the meantime — she’s embracing the challenges and rewards of her new role — and gearing up for her next chapter: motherhood.