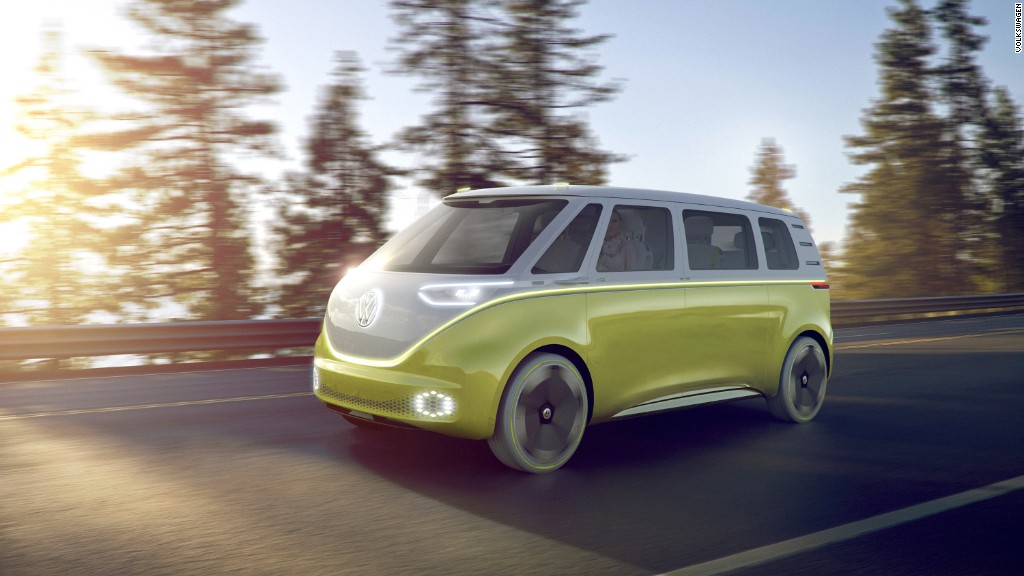 Volkswagen will revisit its Microbus history, but with a twist.

The German automaker plans to begin production of a new, all-electric version of the its famous van.

The van will be part of Volkswagen’s planned ID line of electric vehicles. The first, a compact car simply called the ID, was unveiled as a concept car at the Paris Motor Show last September. The ID Buzz concept van was unveiled at the Detroit Motor Show in January.

The name Buzz plays off the word “Bus,” VW said. ID stands for any number of things including “Idea,” “Identity” or “Intelligent Design.”

The electric compact car will go on sale before the van does, VW said.

The ID Buzz concept van is an all-wheel-drive vehicle with electric motors in front and back. Together, the motors can produce 369 horsepower. That’s a vast improvement over the famously underpowered and slow original VW Microbus, a vehicle that became an icon of the “flower power” movement of the late 1960s and early 1970s. The bus ID Buzz concept has a driving range of 270 miles, according to VW

The concept van is also designed for autonomous driving, with a rectangular steering wheel that retracts into the dashboard when not in use. With the steering retracted, the driver’s seat can be rotated around so the driver can talk with passengers while the van drives itself.

VW’s big push on electric vehicles follows the automaker’s recent diesel emissions scandal. Volkswagen was found to have installed software that reduced harmful emissions from many of the automaker’s diesel-powered vehicles only during testing. As part of a plan to make up for that, VW has agreed to promote electric cars.

Many other automakers, however, are also making big plans for electric vehicles. And several countries, including Great Britain, France, Norway and China, have announced plans to begin phasing out gasoline- and diesel-powered cars.