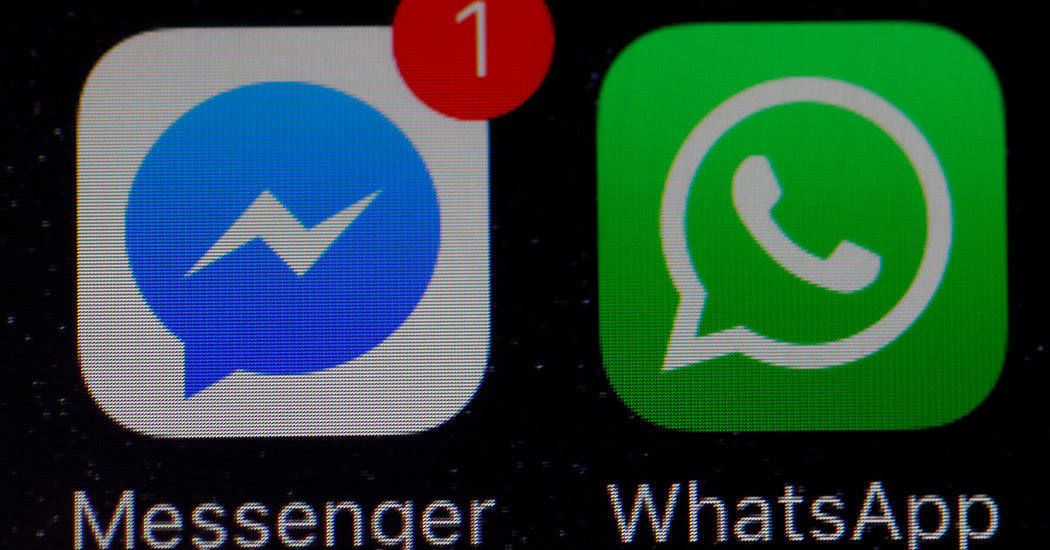 WASHINGTON — Facebook executives told Attorney General William P. Barr on Monday that they would not open up the company’s encrypted messaging products to law enforcement, escalating a standoff with the government over privacy and policing.

In a letter from the company, the executives overseeing Facebook’s WhatsApp and Messenger, Will Cathcart and Stan Chudnovsky, wrote that creating a so-called backdoor into their services would make their users less safe.

“The ‘backdoor’ access you are demanding for law enforcement would be a gift to criminals, hackers and repressive regimes, creating a way for them to enter our systems and leaving every person on our platforms more vulnerable to real-life harm,” they said in the letter, which was obtained by The New York Times. “It is simply impossible to create such a backdoor for one purpose and not expect others to try and open it.”

Mr. Barr has said that Facebook’s moves toward end-to-end encryption, which shields the content of messages from everyone but the sender and recipient, makes it harder for law enforcement officers to track malicious behavior online. The technology makes it harder to investigate child predators and terrorists, he has said.

Mr. Barr, joined by his British and Australian counterparts, wrote an open letter to Facebook chief executive Mark Zuckerberg in October asking that he take steps to enable “law enforcement to obtain lawful access to content in a readable and usable format.” Companies, they said, “should not deliberately design their systems to preclude any form of access to content even for preventing or investigating the most serious crimes.”

Encrypting its messaging products is the central aspect of Facebook’s plan to rebrand itself as privacy-focused after being battered for years by revelations that it mishandled user data. But it has also put the company, which is already the subject of consumer privacy and antitrust investigations, on another collision course with governments around the world.

This is a developing story. It will be updated.