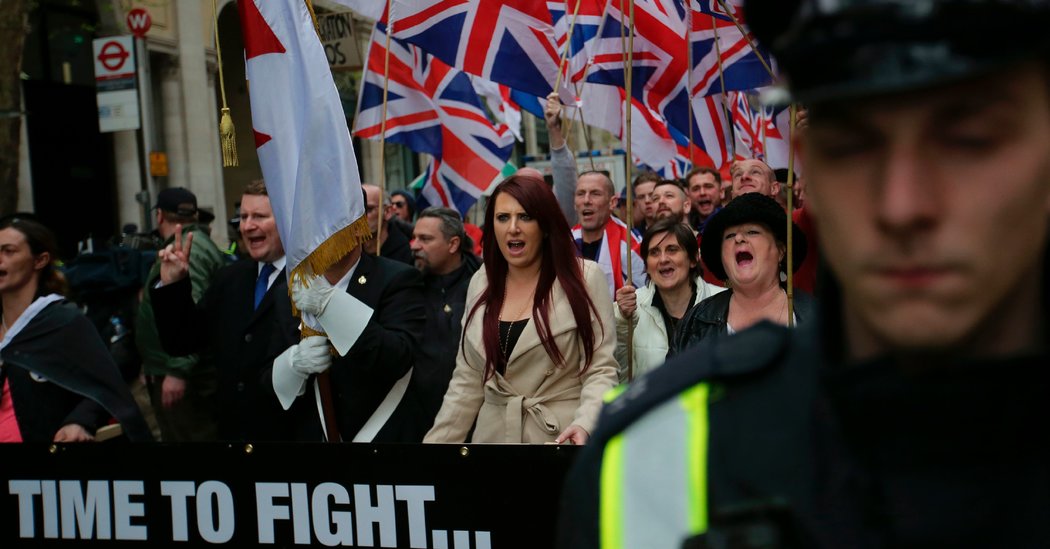 Britain First, a Christian nationalist group estimated to have about 1,000 members, has used inflammatory tactics like confronting Muslims on the street and entering mosques to spread its belief that Islam is destroying Britain.

In November, it got an unexpected boost from President Trump, who helped to promote its message by sharing with his tens of millions of Twitter followers three videos Ms. Fransen, the deputy leader, had posted on her own account.

One video was titled “Muslim migrant beats up Dutch boy on crutches!” but featured an assailant who was not, in fact, a “Muslim migrant.” The other two, titled “Muslim destroys a statue of Virgin Mary!” and “Islamist mob pushes teenage boy off roof and beats him to death!” were several years old and included no context.

Before Mr. Trump retweeted those videos, no modern American president had amplified inflammatory content of that nature from an extremist organization.

The videos, from May, showed Ms. Fransen knocking on doors that she believed — incorrectly, according to prosecutors — were hiding the Muslim defendants in a rape trial. She insulted the men and challenged them to come out.

Facebook and other social networks have come under increased scrutiny in recent months amid rising concern about the proliferation of hate speech and conspiracy theories online.