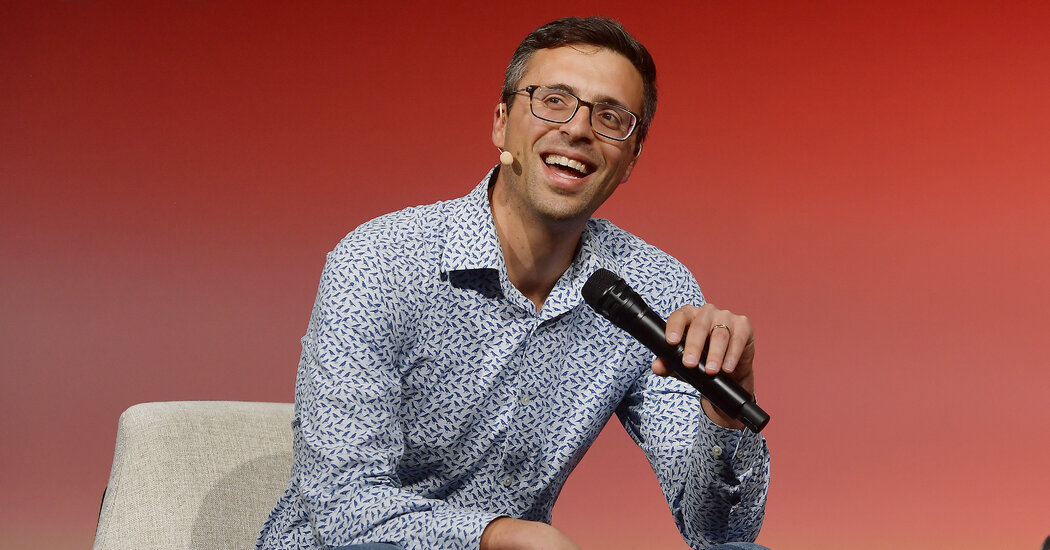 Ezra Klein, a founder of the popular website Vox.com, is leaving the publication to become a columnist and podcast host at The New York Times, the latest high-profile departure from Vox Media during a wave of change in the digital media business.

Mr. Klein had already stepped aside as editor in chief to become editor at large in 2017, three years after he helped to start the site. The move allowed him more space to work on Vox.com’s television and podcast efforts. He has also been a contributor to MSNBC and Bloomberg News, and has written opinion essays for The Times.

After nearly eight amazing years building, editing, and working at @voxdotcom, I am leaving to join @nytopinion, writing a reported column on policy and the policymaking process, and hosting an interview podcast.

Lauren Williams, Vox.com’s editor in chief, will also be leaving the publication to start a nonprofit to create a “new and different kind of Black news outlet,” the company announced in a note to the staff on Friday. Vox Media plans to hire a new editor for its flagship site and has open positions for other senior roles.

Mr. Klein will join The Times in January to write columns focused on policy and to host an interview podcast.

“He helped set the standard for modern explanatory journalism early in his career, and he’s been able to do it through virtually every medium,” read a note from Kathleen Kingsbury, The Times’s acting head of the opinion department, and Paula Szuchman, the head of its audio group.

After his years at Vox.com, Mr. Klein said in an interview, he “began to feel more burnt out and felt the desire to return to just being a journalist again.”

Mr. Klein belongs to the generation of journalists who helped pioneer the vernacular of web publishing, and Vox.com was early to explanatory journalism, a genre that takes readers through complicated issues step by step. Through much of the 2010s, the growth of upstart publications like Vox.com and BuzzFeed suggested that traditional institutions, including The Times and The Washington Post, would wither.

“I think that analysis was pretty mistaken,” Mr. Klein said.

Digital publishing, he explained, doesn’t abide by zero-sum rules: Readers of one publication may also read hundreds of others.

“The idea that these digital-native publication were somehow going to destroy what came before them was always ridiculous,” he said.

The departures of Mr. Klein and Ms. Williams come as a blow for Vox Media, which has made big bets on boldface names in journalism. In addition, Matthew Yglesias, another co-founder of Vox.com, announced his departure this week, to start a newsletter at Substack, a subscription platform. In his return to blogging, Mr. Yglesias has weighed in on a possible Biden cabinet, the Disney+ show “The Mandalorian” and why McDonald’s puts pickle slices on the burgers included in Happy Meals.

The tech reporter Casey Newton left The Verge, Vox Media’s technology site, this year to start his own Substack newsletter. Kara Swisher, another Vox Media star, remains part of the company, but joined The Times as an opinion columnist in 2018 and this year has started hosting a Times podcast, “Sway.” She still manages the annual Code Conference, which is owned by Vox Media. (I used to work for Ms. Swisher and was an employee of Vox Media.)

Jim Bankoff, the Vox Media chief executive, said the company was now in a position to withstand the loss of key employees. “All the Vox Media brands are well past the point where they are about individuals,” he said in an interview. “By themselves, each site is a massive, mainstream, modern media brand that touches tens if not hundreds of millions of people across every conceivable platform.”

He said several Vox sites, including The Verge and Eater, continued to grow after their founders had left. And he suggested that Vox Media may get bigger.

“In a consolidating market, we’re going to act strategically,” he said. “We look forward to any opportunities as they come up in 2021.”