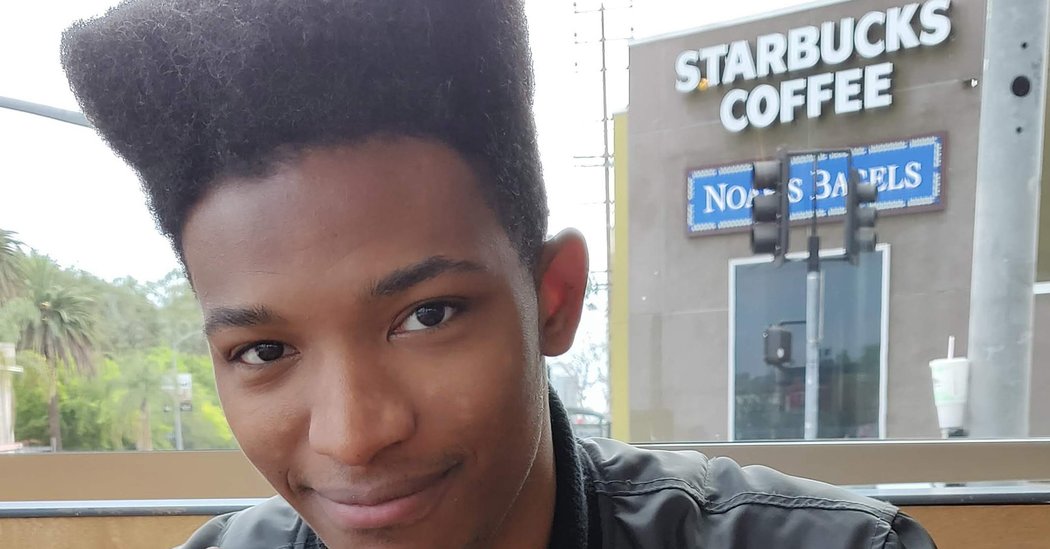 Days before he was found dead in the East River this week, Desmond Amofah, a popular YouTube personality known as Etika whose gaming videos attracted thousands of fans, recorded an eight-minute video that worried, rather than amused, his followers.

In the video, which has since been removed by YouTube but was copied and posted in other online forums, Mr. Amofah, 29, speaks to the camera as he walks down a street. The sounds of the city — sirens, traffic — form a backdrop to his reflections on life and mental illness and his apologies to family and friends.

At times emotional, he says he had turned down help from people who offered it to him. “One thing I did not realize was that the walls were closing around me so fast,” he says.

Alarmed family members and friends alerted the New York Police Department, which reported him missing on June 20. His personal belongings were later found on the Manhattan Bridge, and on Wednesday, the authorities confirmed that he had died by suicide.

From soon after he disappeared, condolences poured in online, lighting up the same forums where he had generated a thriving following among the gaming community with remembrances of his videos playing and talking about Nintendo Switch games.

“Rip,” one person commented on the video, which was viewed more than 70,000 times. Another called him a “legend.”

“Dance on Etika, dance on,” another viewer wrote.

Mr. Amofah’s death highlighted the way that social media networks handle posts by users who appear to be struggling with mental illness or contemplating suicide. Facebook ramped up efforts to screen and alert possible suicide threats after several people live-streamed suicides on Facebook Live in 2017.

It now utilizes both algorithms and user reports to flag such threats.

On Twitter, where Mr. Amofah had 300,000 followers, supporters pressured YouTube to restore his channel, or at least repost the video in which he had apologized before his death. The link to the channel said the videos had violated YouTube’s community guidelines.

YouTube said in a reply to emailed questions on Wednesday that it had removed Mr. Amofah’s channel EWNetwork in October 2018 for violating its policies on nudity and sexual content. Then, in the past few weeks, the statement said, videos featuring him were uploaded to a different channel, TR1Iceman, including the video titled “I’m Sorry,” it said.

YouTube said it had removed that video because of its policy to “reduce the potential for copycat acts of self-harm, videos that express suicidal ideation.” When the company removes a video for that reason, it also sends the user an email referring to places to go for help, including the National Suicide Prevention Lifeline and the Crisis Text Line, YouTube said.

The company also referred to a statement on Twitter by YouTube Creators, a company program that offers resources to people who regularly create content on the site: “We mourn the loss of Etika, a beloved member of our gaming creator community. All of us at YouTube are sending condolences to his loved ones and fans.”

“If you or someone you care about is struggling, please know you are not alone,” the statement said. “The National Suicide Prevention Lifeline is available at 1-800-273-8255 in the U.S. or find support worldwide at https://www.befrienders.org/.”

In the apology video, Mr. Amofah did not elaborate on the details of his struggle.

“I hope that my story maybe helps to make YouTube a better place somehow in the future,” he said.

He said he hoped his story would serve as a cautionary tale about social media. “It consumed me,” he said.