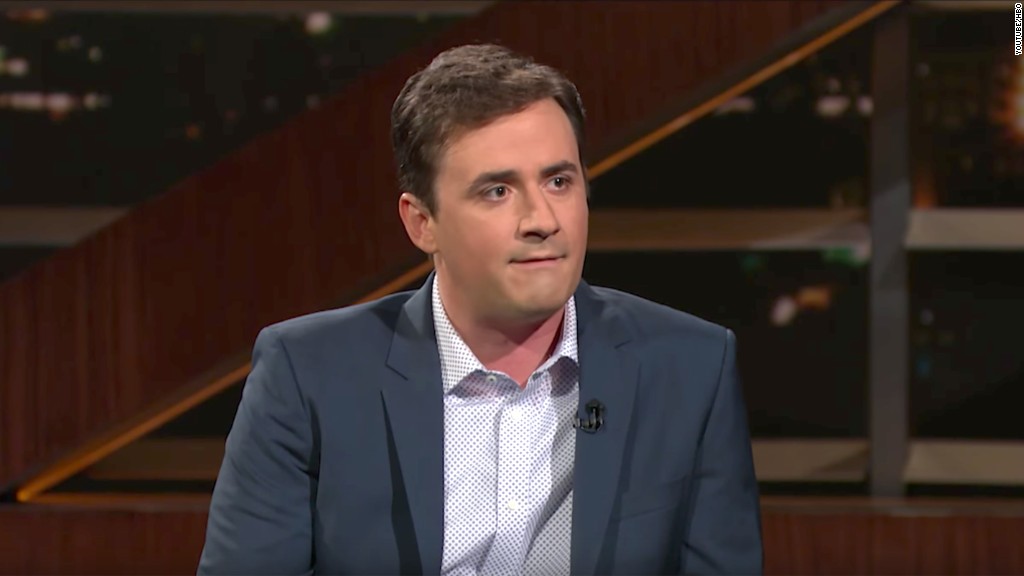 A self-described “email prankster” seemingly fooled top editors at Breitbart over the weekend into believing he was Steve Bannon, the fired White House chief strategist who returned to the right-wing website as executive chairman on Friday.

In the emails, Breitbart Editor-in-Chief Alex Marlow pledged that he and several other top editors would do Bannon’s “dirty work” against White House aides. The emails were shared with CNN by the prankster.

In other emails, Marlow suggested he could have Jared Kushner and Ivanka Trump ousted from the White House “by end of year” and shared a personal smear about their private lives, perhaps an indication of how low the website is willing to go to achieve its agenda.

This is not the first time the anonymous email prankster, who tweets under the name @SINON_REBORN and describes himself as a “lazy anarchist,” has pulled a stunt like this. In July, the person fooled top White House officials into thinking he was other officials, causing a stir in the West Wing. At the time, press secretary Sarah Huckabee Sanders said the White House was “looking into” the incidents.

The editor in chief was unrepentant, telling CNN,”The obsession with Breitbart News is simply a result of our effectiveness. This time, an imposter deceitfully obtained and shared with CNN tongue-in-cheek emails that revealed that we feel Globalists present an existential threat to the agenda that got President Trump elected.” Marlow suggested, “If people want to know our thinking, they don’t need to judge us on illicitly obtained comments that were intended to be private, they can simply read our front page. ”

The email exchanges began with the prankster writing Breitbart editors a simple message from an account masquerading as Bannon’s.

“Reading online about how i’ll be bringing forth my wrath on Ivanka and Jared,” read an email sent Sunday from the fake Bannon account to Marlow. “I’d be doing this great nation a service if I did.”

“I spooked em today,” replied Marlow. “Did five stories on globalist takeover positioning you as only hope to stop it.”

“You need to own that, just have surrogates do the dirty work. Boyle, Raheem, me, Tony have been waiting for this,” Marlow added, referring to Washington editor Matthew Boyle, Breitbart London Editor-in-Chief Raheem Kassam, and reporter Tony Lee.

The prankster, posing as Bannon, emailed Marlow a link to a Sunday Breitbart post that aggregated a Daily Mail report to suggest Ivanka Trump was instrumental in pushing Bannon from the White House.

“This was a fun read,” the fake Bannon account said.

Marlow then shared a personal smear about the private life of Ivanka Trump, and her husband, Kushner. CNN has chosen not to repeat the smear because it is unfounded and unsubstantiated.

“Haha.. lovely stuff,” replied the fake Bannon account. “So do you think you’ll have them packed and shipping out before Christmas?”

“Let me see what I can do… hard to know given your description of them as evil,” Marlow replied. “I don’t know what motivates them. If they are semi normal, then yes, they out by end of year.”

Marlow added: “You saying no admin is more divided is more important thing you said all weekend… let’s talk about it in person.”

A White House spokesperson declined to comment on the emails about Ivanka Trump and Kushner. Bannon also did not respond to CNN’s requests for comment.

The prankster did not stop the emails and continued to bait Marlow, sending the Breitbart editor messages that were increasingly absurd.

“No one can figure out what [Ivanka Trump and Kushner] do,” Pollak wrote in an email to the fake Bannon account.

“Had a good chat with Alex,” the prankster replied, referring to Marlow. “Seems he’s already aligning the crosshairs and making me the masked puppeteer.”

“Excellent. I just tried calling,” Pollak wrote back. “Not sure if you have the same number. I’m at 847-XYZ-XXXX. Available anytime.”

The prankster told CNN that the latest stunt was inspired by Bannon’s ouster and how Breitbart was “literally falling over itself to attack those he sat drinking coffee with days before.”

“It all seemed very duplicitous and littered with nuance and righteousness,” the prankster said. “I don’t much care for the Trump administration or Breitbart so I didn’t really do much but see what happened.”

After the Breitbart editors realized they had been hoodwinked, Breitbart president and CEO Larry Solov wrote a cautionary note to staffers.

“For the moment, be especially careful of emails from this address,” Solov wrote in the company’s internal Slack channel, a copy of which was obtained by CNN.

Solov added: “They are fake.”

Immediately after Bannon’s return, Breitbart started to prepare stories critical of people in the Trump White House, a person at the website told CNN on Friday. It’s most likely the site will not — for now, at least — directly attack the president. Instead, it will likely focus its ire on people in Trump’s circle who had clashed with Bannon, or who are viewed as Democrats or “globalists.” On Monday, for instance, the website savaged Trump’s speech on Afghanistan, placing much of the blame for the strategy on National Security Advisor H.R. McMaster.

Bannon, for his part, has strongly hinted at a war with members of the White House. He told the Weekly Standard on Friday that he felt “jacked up” to be back at Breitbart and once again have his hands “back on my weapons.”

“Someone said, ‘it’s Bannon the Barbarian.’ I am definitely going to crush the opposition,” he said. “There’s no doubt. I built a f***ing machine at Breitbart. And now I’m about to go back, knowing what I know, and we’re about to rev that machine up. And rev it up we will do.”