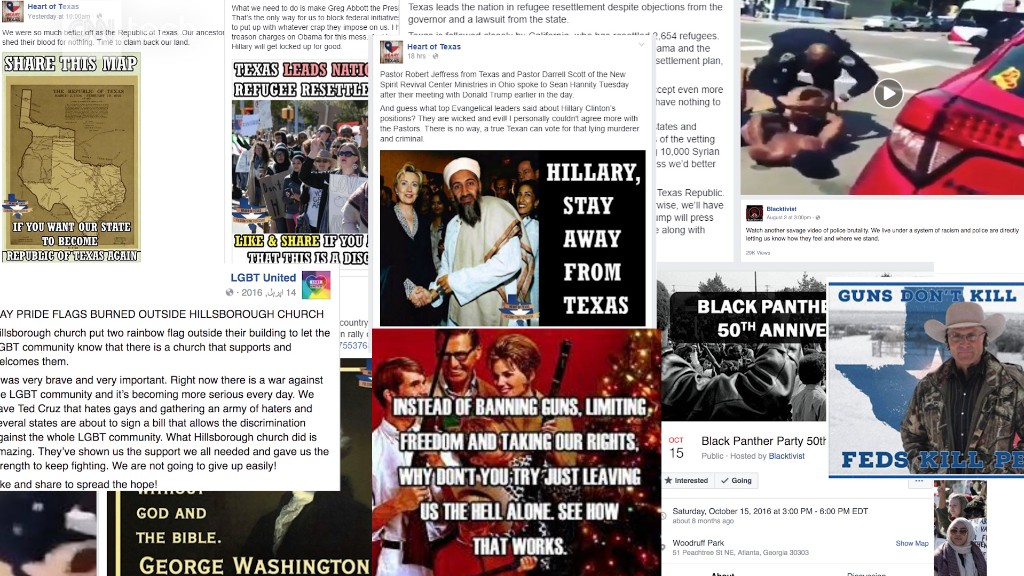 Facebook has worked to improve its advertising services to better police potentially discriminatory advertisements, but a report from ProPublica released on Tuesday found problematic ads are still getting through.

According to the report, ProPublica was able to buy dozens of home rental advertisements targeted toward audiences that specifically excluded “African Americans, mothers of high school kids, people interested in wheelchair ramps, Jews, expats from Argentina and Spanish speakers.”

“Our tests showed a significant lapse in the company’s monitoring of the rental market,” the ProPublica report said. Every ad was approved within minutes, it said.

Facebook said the ad placements were the result of “a failure in our enforcement.”

“We’re disappointed that we fell short of our commitments,” Ami Vora, vice president of product management at Facebook (FB, Tech30), said in an emailed statement to CNN Tech. “The rental housing ads purchased by ProPublica should have but did not trigger the extra review and certifications we put in place due to a technical failure.”

Discriminatory housing-related advertisements are not allowed under the 1968 Fair Housing Act. The law prohibits advertising the rental or sale of homes and discriminating “based on race, color, religion, sex, handicap, familial status, or national origin.”

A person familiar with the matter said the terminology regarding renting was miscategorized and those Facebook ads were not being flagged properly.

In 2016, ProPublica found housing ads on Facebook could exclude “Ethnic Affinities.” Facebook promised to improve policies and tools around advertising to prevent discrimination following that investigation.

In February of this year, Facebook updated its rules to further clarify “advertisers may not discriminate against people based on personal attributes such as race, ethnicity, color, national origin, religion, age, sex, sexual orientation, gender identity, family status, disability, medical or genetic condition.”

Vora said in her statement Facebook’s protections have flagged “millions” of advertisements, and “tens of thousands” of advertisers comply with tighter restrictions. Vora also said Facebook is expanding compliance notifications to all advertisers who exclude some users from seeing their ads, not just those who place ads for housing, employment, or credit.

If an advertiser excludes people from seeing its advertisements, they will receive a notice asking them to make sure their ads don’t violate any Facebook rules or U.S. discrimination laws. Facebook will also be hiring more ad reviewers to make sure ads aren’t violating rules, Vora said.