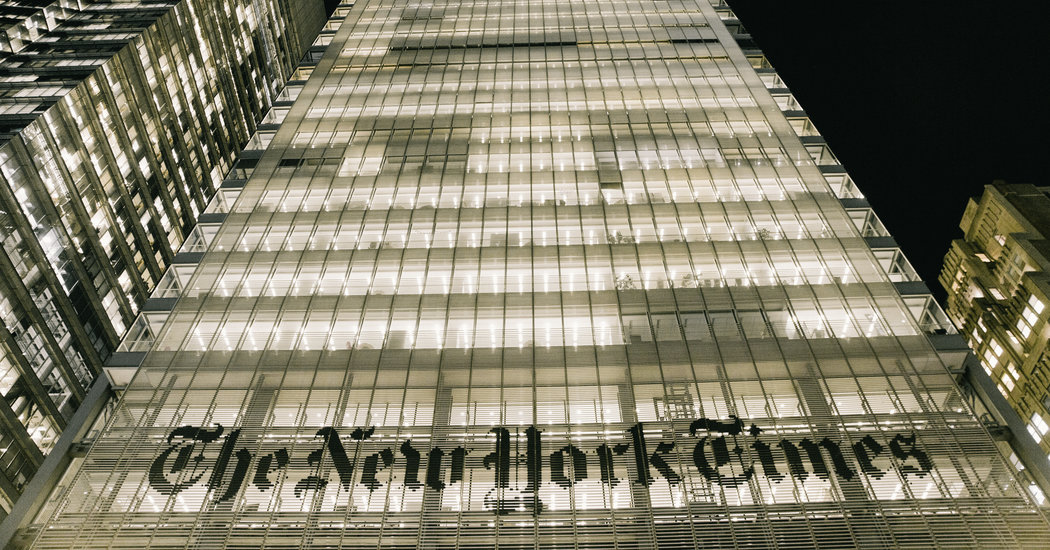 Over a three-month period dominated by the coronavirus pandemic and a slowdown in advertising, The New York Times Company for the first time reported quarterly revenue that owed more to digital products than to the print newspaper.

As much of its staff worked remotely, The Times brought in $185.5 million in revenue for digital subscriptions and ads during the second quarter of 2020, the company announced on Wednesday. The number for print revenue was $175.4 million.

The company added 669,000 net new digital subscribers, making the second quarter its biggest ever for subscription growth. The Times has 6.5 million total subscriptions, a figure that includes 5.7 million digital-only subscriptions, putting it on a course to achieve its stated goal of 10 million subscriptions by 2025.

In a statement, Mark Thompson, the chief executive, called the company’s shift from print revenue to digital “a key milestone in the transformation of The New York Times.”

Attracting subscribers willing to pay for online content is a high-wire act that practically every company in the news business is trying to pull off. The Times started charging for digital content in 2011, when asking news consumers to pay for what they read on their screens was seen as a risky gambit.

Last month, The Times announced that Mr. Thompson, formerly the director general of the British Broadcasting Corporation, would leave the company after eight years. He will be succeeded as chief executive and president on Sept. 8 by Meredith Kopit Levien, the chief operating officer, who has been an executive at the company since 2013.

Adjusted operating profit for the second quarter was $52.1 million, a 6.2 percent decline from $55.6 million in the same time last year.

The pandemic posed challenges to the news industry in April, May and June as businesses across many industries cut back on marketing, leading to sharp declines in advertising spending and tens of thousands of furloughs, pay cuts and layoffs at media organizations.

The Times laid off 68 employees in June, most of them in advertising, including all those who worked at its experimental marketing agency Fake Love, which was closed. The newsroom and opinion departments were not affected by the cuts.

The company’s headquarters in Midtown Manhattan were all but shut down in March because of the pandemic, and Times employees have been advised that they will not be required to return to the office before January.

The quarter’s surge in digital subscriptions was probably related to strong interest in news of the pandemic, the widespread protests against racism and police violence that started in May and the 2020 presidential campaign.

The company signed up 493,000 net new subscriptions to what it calls its “core news product” during the three-month period. The cooking and crossword apps, along with other digital offerings, brought in an additional 176,000 subscriptions.

Citing the pandemic, the company offered a bleak outlook for advertising revenue in the third quarter, projecting an overall decline of 35 to 40 percent. For digital ad revenue, the Times said it expected a 20 percent decline over last year’s third quarter. That would be an improvement over the second quarter’s slide.

A category the company calls “media expenses” — indicating how much it spent to promote subscriptions — was more than halved during the quarter, falling to $16.5 million from $33.9 million. Even while taking a hit because of other companies’ curbs on how much they laid out for marketing, the Times Company did the same thing itself.