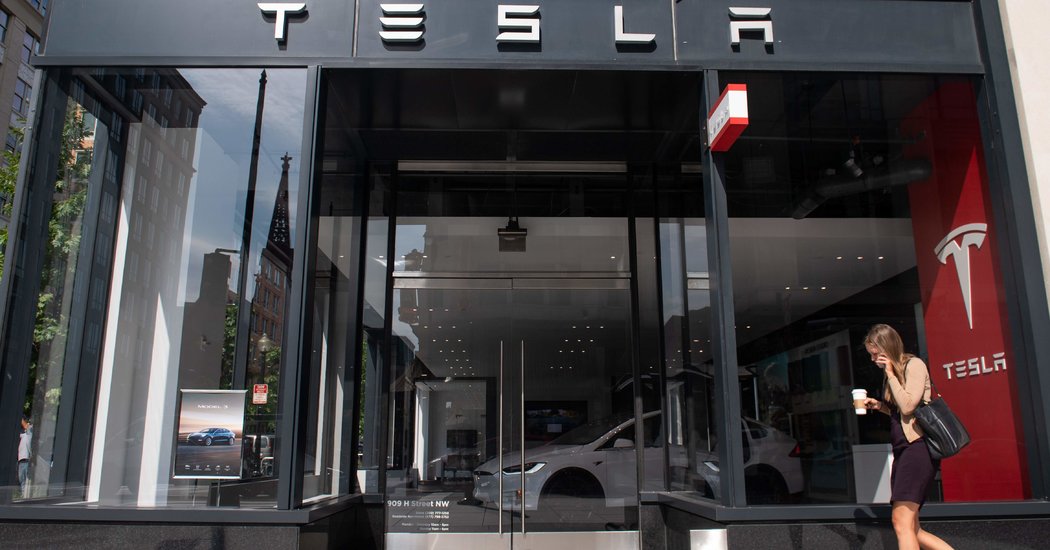 Good Wednesday. Want this in your inbox every morning? Sign up here.

Tesla’s board taps the brakes

The company’s directors are trying to rein in their unpredictable C.E.O. They were clearly blindsided by Elon Musk’s tweeting about his plans to take the company private, and several remain worried about his behavior. They have told him to quit Twitter — one even told him to stick to building cars and rockets.

He doesn’t seem to be listening. On Monday, he tweeted that he was working with Goldman Sachs and the private equity firm Silver Lake as advisers. Turns out Goldman hasn’t formally signed on as his banker, and Silver Lake is only an informal adviser, interested in participating in any deal that emerges.

The board has hired two law firms to help bring order to the chaos: Latham & Watkins will work on any transaction plans, and Paul Weiss will handle the S.E.C.’s inquiry into Mr. Musk’s tweets. Whatever happens, those directors have lot of work ahead of them.

Once, raising a $100 million financing round was a big deal for a start-up. These days, it happens almost weekly. (The latest example: Alphabet invested $375 million in Oscar, the health insurer co-founded by Jared Kushner’s brother.)

The reason, according to Erin Griffith of the NYT? Silicon Valley is awash with cash, particularly from SoftBank’s Vision Fund and other foreign investors. And start-up founders can’t afford to turn it down.

As Bill Gurley of the venture capital firm Benchmark put it: “If your competitor is going to raise $150 million and you want to be conservative and only raise $20 million, you’re going to get run over.”

Taking the money has dangers too, of course. Mr. Gurley has long warned companies that they risk growing so quickly they become almost impossible to manage. He doesn’t do so anymore. “You have to adjust to the reality and play the game on the field,” he told the NYT.

The F.B.I. has reportedly warned banks that criminals are planning a global cyber attack on cash machines. The respected security journalist Brian Krebs says the agency warned financial institutions last week that it could happen in “coming days.”

What’s being discussed is an “unlimited attack,” where criminals hack into a bank or payment card processor, duplicate account details onto fake bank cards, then withdraw huge sums of cash. Mr. Krebs goes into more detail:

Just prior to executing on A.T.M. cashouts, the intruders will remove many fraud controls at the financial institution, such as maximum A.T.M. withdrawal amounts and any limits on the number of customer A.T.M. transactions daily. The perpetrators also alter account balances and security measures to make an unlimited amount of money available at the time of the transactions, allowing for large amounts of cash to be quickly removed from the A.T.M.

Mr. Krebs says that such attacks usually happen on weekends, while banks are closed.

Maybe companies should look beyond shareholders

As businesses grow ever bigger — a trend that worries economists — some people are looking for ideas to curb their powers. The Democratic Senator Elizabeth Warren, a potential presidential candidate, has one: a law to change the notion that companies are responsible mainly to shareholders. She wrote a WSJ op-ed about it:

Corporations with more than $1 billion in annual revenue would be required to get a federal corporate charter. The new charter requires corporate directors to consider the interests of all major corporate stakeholders — not only shareholders — in company decisions. Shareholders could sue if they believed directors weren’t fulfilling those obligations.

Ten current and former Tinder employees, including co-founder Sean Rad, sued Match Group yesterday. They allege that it cheated them out of $2 billion, suppressing the true value of their stock options by hiding projections of how fast Tinder was growing.

Match’s response: “The facts are simple: Match Group and the plaintiffs went through a rigorous, contractually defined valuation process involving two independent global investment banks, and Mr. Rad and his merry band of plaintiffs did not like the outcome.”

■ Coke has invested in BodyArmor, a sports drink maker. (WSJ)

■ The family of Bruce Wasserstein is exploring a sale of New York magazine. (WSJ)

■ The Trump administration may let states set their own rules for coal plants — or apply to just opt out of them. (Politico)

■ Paul Manafort’s lawyers chose not to call any witnesses. (NYT)

■ Twitter has suspended the Infowars founder Alex Jones — for a week. (WSJ)

■ How California activists took on Facebook and Google at the ballot box. (NYT)

■ Congress talks about Big Tech more than any other industry. (Axios)

■ How a fake group on Facebook created real protests. (NYT)

■ Another security vulnerability has shown up in Intel chips. It’s called Foreshadow. (BBC)

■ Big companies are increasingly willing to partner with start-ups. (WSJ)

■ How to cut greenhouse emissions without a carbon tax. (NYT)