Tweets and talk may have recently raged about trade wars and rising interest rates, but that pessimism didn’t hamper three of the second quarter’s better-performing mutual funds. They found winning investments with bets as varied as child care, pet health and banking.

The MFS Mid Cap Growth Fund aims to scoop up companies that can increase their earnings about 15 percent a year over the next three to five years or longer, said Eric B. Fischman, one of its two managers. “Earnings and cash flow drive stocks over the long term,” he said. “If you get the direction of those right, the stocks follow that.”

Mr. Fischman and his co-manager, Paul J. Gordon, sleuth widely to find growth stocks; they don’t just stuff their fund with tech names the way some growth managers do. Their largest holding is Bright Horizons Family Solutions, which operates more than 1,000 day care centers in the United States, Europe and India.

Mr. Fischman said Bright Horizons has a quality he and Mr. Gordon seek in their holdings: It can raise prices, no matter what’s happening with the economy. “Employers sign three- to five-year contracts with them, and you’re getting recurring revenue and a price increase every year,” he said. Bright Horizons is also known for delivering good-quality care, he said. “Reputation is very important here. You won’t just drop your kids anywhere.”

The ability to routinely increase prices encapsulates a stock’s strengths, Mr. Fischman said. “What will enable a company to raise prices? A differentiated product, a barrier to entry or a sustainable competitive advantage.” That advantage might be Bright Horizons’s long-term contracts. Or it could be the sturdy brands of ScottsMiracle-Gro, known for its lawn and garden products, and the Dunkin’ Brands Group, famed for its doughnuts. Both are among the MFS fund’s 98 holdings.

Mr. Fischman and Mr. Gordon are patient with their picks, selling only about 20 percent of them a year and thus sticking with an average holding for five years. That means they’ll sometimes ride out a stock’s sag. “As long as our long-term thesis is intact, we’ll wait,” Mr. Fischman said. The average actively managed stock fund tracked by Morningstar turns over about half its holdings each year.

In the second quarter, the MFS fund’s A shares, with an expense ratio of 1.13 percent, returned 9.12 percent, compared with 4.3 percent for the S&P 500. Over the last decade, which overlaps with Mr. Fischman’s tenure as manager, the fund returned an annual average of 16.74 percent.

Like the MFS managers, the stewards of the Davenport Equity Opportunities Fund hunt for burly businesses that can ratchet up earnings. They, too, prospect widely, investing in things as diverse as animal health and auto parts.

“We’re looking for a business that generates a lot of excess free cash flow and can put that free cash flow to work at a high rate of return — in new stores, in new distribution or in M.&A.,” said George L. Smith, who manages the fund with Christopher G. Pearson. (“M.&A.” is an abbreviation for mergers and acquisitions.)

The managers also want companies that can exploit what they view as enduring economic themes. Take Zoetis, their animal-health holding. It spun out of Pfizer, a major pharmaceutical company, in 2013.

Mr. Pearson said he and Mr. Smith like the company’s drug-development pipeline and its recent acquisitions of aquaculture and diagnostics companies. He said they also think it can benefit from “the humanization of pets” — people treating their pets like members of their families. More so than in the past, “People prioritize the health of their pets, and the younger generation skews more heavily in this direction,” he said. The dogs of the Dow, an investment strategy emphasizing dividends, may have a different meaning these days. 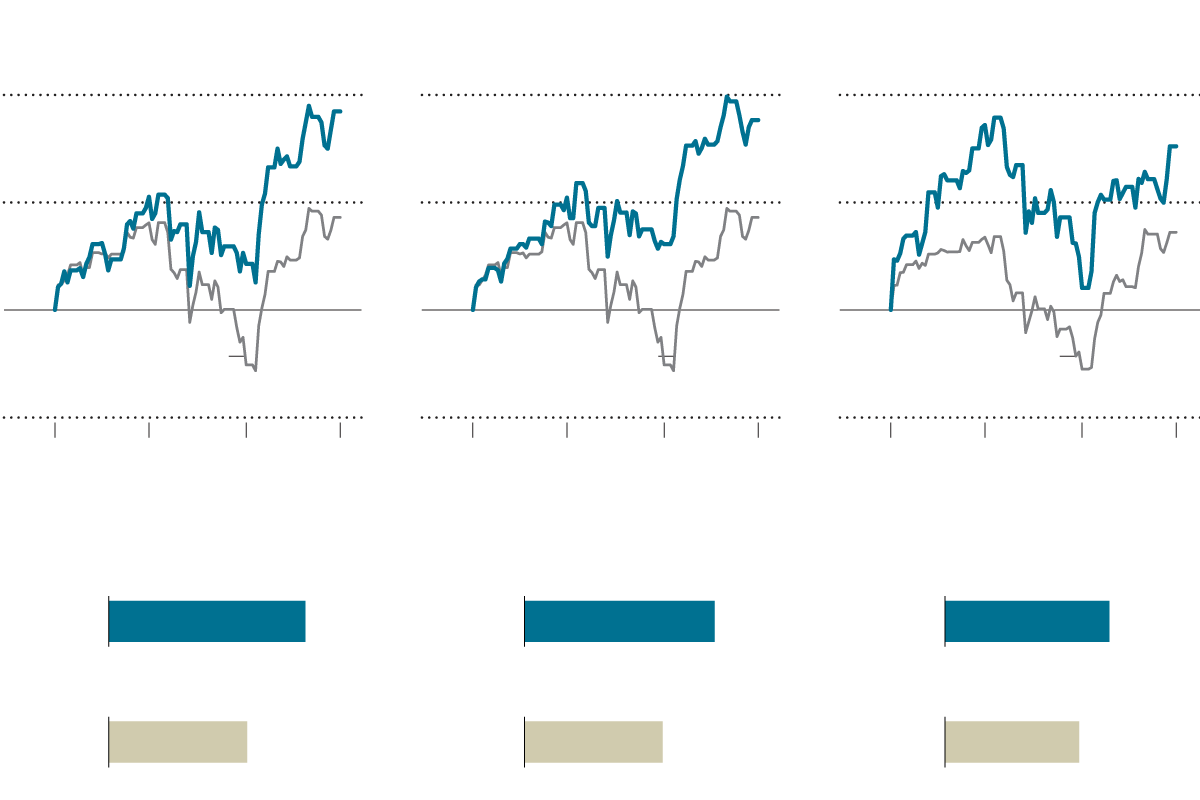 Patience figures in their approach much as it does in the MFS fund: The managers cling to their holdings for an average of about five years. But their fund differs from others in its concentration — it typically owns only about 25 to 30 stocks, compared with 164 for the average actively managed stock fund followed by Morningstar. “The idea is to invest in a few things that we know really well,” Mr. Smith said.

Because of their high-conviction style, the managers said they’re cautious about when they buy, seeking periods when a stock’s price has slipped.

One such dip pulled them into O’Reilly Automotive, an auto-parts retailer. “If you go back a couple of years ago, the stock had a sharp swoon,” Mr. Smith said. “Their results had started to slow a little, induced mainly by weather and Amazonitis — everybody thought Amazon was going to take over all retail.”

Mr. Smith said that he and Mr. Pearson thought O’Reilly had strengths that were tough to replicate — excellent inventory management and employees with deep automotive knowledge. “A mechanic who has a car up on a lift needs a part immediately and needs to deal with someone with some expertise,” he said.

The Davenport fund, with an expense ratio of 0.91 percent, returned 8.83 percent in the second quarter.

If the managers at MFS and Davenport are the drivers of their funds, then the Vanguard Financials Index Fund is a self-driving car. It’s passively managed and owns the companies in the MSCI U.S. IMI/Financials 25/50 Index. That index’s name is a mouthful, but its aim is clearer: It’s composed of more than 400 domestic financial stocks. (The fund is also available as an exchange-traded fund.)

“About half of it is” composed “of different types of bank exposure — diversified, regional, and investment banks,” said Matthew C. Brancato, a principal in Vanguard’s portfolio review department. “The balance of the fund is insurers and other firms providing financial services.”

Despite the breadth of its holdings, the fund does have a hefty slug invested in its top stock — JPMorgan Chase. That accounts for about 9.5 percent of assets.

The fund is one of series of Vanguard sector offerings that together represent the entire United States stock market. “What we’re trying to do is provide building blocks for portfolios,” Mr. Brancato said. An investor who’s optimistic about the prospects of the financial industry might use the fund to overweight financials in an otherwise broad-based portfolio.

Mr. Brancato cautioned that anyone considering that strategy should not wager too wildly. Financial stocks account for about 20 percent of Vanguard’s Total Stock Market Index Fund, so an overweight would imply a greater percentage than that. You wouldn’t want to stray far above that 20 percent allocation, Mr. Brancato said. “There can be risks to significantly overweighting any given sector.” (The weightings in the total-market fund represent the market capitalizations of the given sectors in the overall market.)

The Vanguard financials fund did well in the second quarter because the money business thrived — and because the economy continued to chug along. “The performance of the financial sector is a pretty good indicator of the health of the economy,” he said.

The fund, with an expense ratio of 0.1 percent, returned 7.61 percent in the quarter.