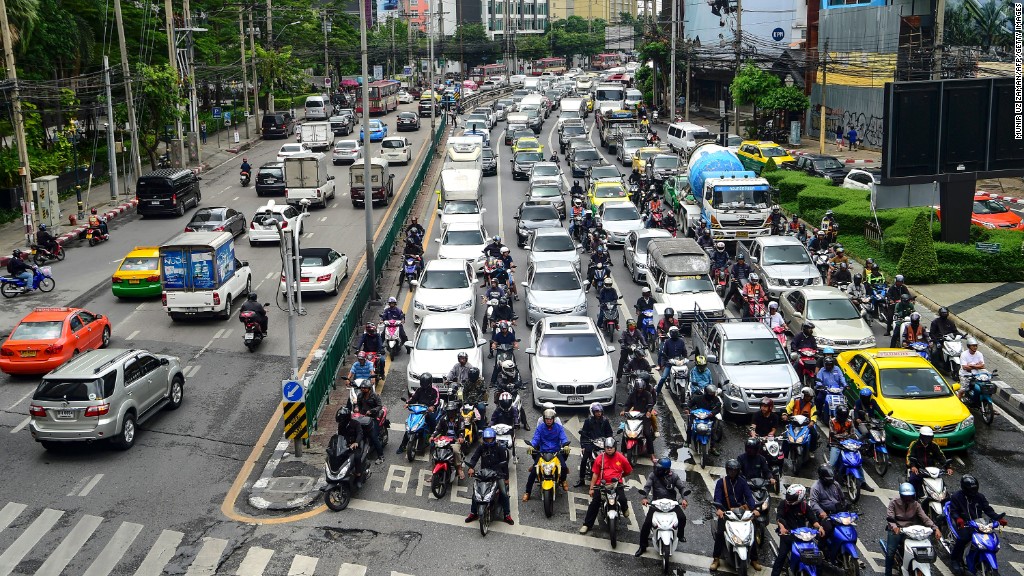 Phantom traffic jams, in which cars suddenly screech to a dead stop on highways for no apparent reason, have long annoyed drivers.

In a paper published this week, MIT researchers offer a solution to help alleviate this stop-and-go driving. But a lot would have to go right in order for the idea to work.

Horn proposes redesigning the cruise control feature on your car to consider the space in front and behind the vehicle.

To be sure, there are advanced cruise control systems on the market today that will adapt to the speed of a lead vehicle in order to maintain a steady following distance. But the gap between the vehicle and a trailing car isn’t considered.

Keeping the same distance between the vehicle in front and the vehicle trailing a car prevents traffic jams MIT’s simulations showed, according to the paper. The findings were published in the IEEE Transactions on Intelligent Transportation Systems.

The technical name for the traffic-busting technology is bilateral control.

There is a catch. Horn said the solution only works if enough drivers adopt the technology. For there to be an immediate impact on traffic, millions of existing vehicles would need to be retrofitted. Horn’s group will next examine what percentage of drivers need to use bilateral control for the benefits to be seen.

Horn acknowledges many drivers may not wish to pay to retrofit their car with bilateral cruise control. He believes that the U.S. government should require automakers to include it, given the positive impact on congestion, public health and pollution.

The National Highway Traffic Safety Administration has not yet researched the technology, according to a spokeswoman.

To make vehicles capable of bilateral control, Horn proposes adding a camera in the front of vehicles, and one in the rear and enhancing advance cruise control options. These cameras would automatically measure the distance to the surrounding vehicles, and maintain a steady gap. The system could also work with radar sensors instead.

But bilateral control can’t solve every traffic jam. If there is an obstruction, be it a blocked lane, a car crash or a traffic signal, congestion can’t be avoided. Still, it’s a step in the right direction for frustrated drivers. Automakers are increasingly installing cameras in their vehicles, which decreases the cost of adding bilateral control.

“Traffic is horrendous in quite a few areas of the country,” Horn said. “This is something we can do.”