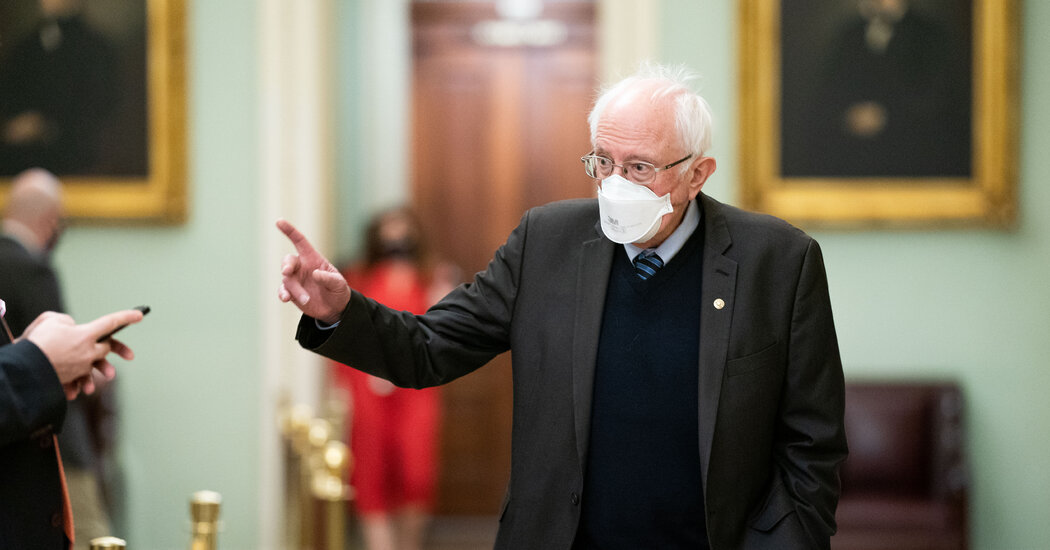 The chief executive of Costco waded into the political debate over the federal minimum wage, testifying at a Senate hearing on Thursday that the retailer was raising its starting pay to $16 an hour.

W. Craig Jelinek, the chief executive, said Costco, which already pays an hourly minimum of $15, had some of the highest employee retention rates of any retailer.

“This isn’t altruism,” Mr. Jelinek told the Senate Budget Committee. “At Costco, we know that paying employees good wages and providing affordable benefits makes sense for our business and constitutes a significant competitive advantage for us.”

Mr. Jelinek was invited to testify by the committee’s chairman, Bernie Sanders, a Vermont independent who supports raising the federal minimum wage to $15 an hour over the next four years. Mr. Jelinek said he was not there to endorse the proposed federal minimum wage increase, but rather to discuss how his company’s higher-than-average wages had affected his business.

Republicans on the committee, including Lindsey Graham of South Carolina, asked whether Costco, which generated $150 billion in revenue last year, was able to absorb the higher wages because of its size and whether a $15-an-hour mandate was likely to cause smaller retailers to close.

“In my past experience, wages don’t usually put you out of business,” Mr. Jelinek said. “It is how you run your business.”

Mr. Jelinek said the average wage at Costco, which employs 180,000 people in the United States, is $24 an hour.

Costco’s pay contrasts with that of Walmart, whose chief executive, Doug McMillon, was invited to testify by Mr. Sander’s, but declined. Walmart’s average wage is above $15 an hour, but the company’s minimum wage is $11 an hour.

Mr. Sanders pointed out research by the Government Accountability Office showing that many Walmart employees must depend on food stamps and Medicaid to get by on such low wages, which amount to a subsidy for the giant corporation.

Last week, Walmart said that it was raising the wages of 425,000 workers and that about half of its work force in the United States would earn at least $15 an hour. But Mr. McMillon stopped short of saying whether the company would eventually extend a $15 minimum to all employees.

Terrence Wise, a McDonald’s worker in Kansas City, told the committee that he relied on food stamps to raise his three children and had to live out of a minivan after his family was evicted from their home.

“I work for McDonald’s, one of the richest companies in America,” Mr. Wise said. “This is what generational poverty looks like. This is what I am fighting to end.”