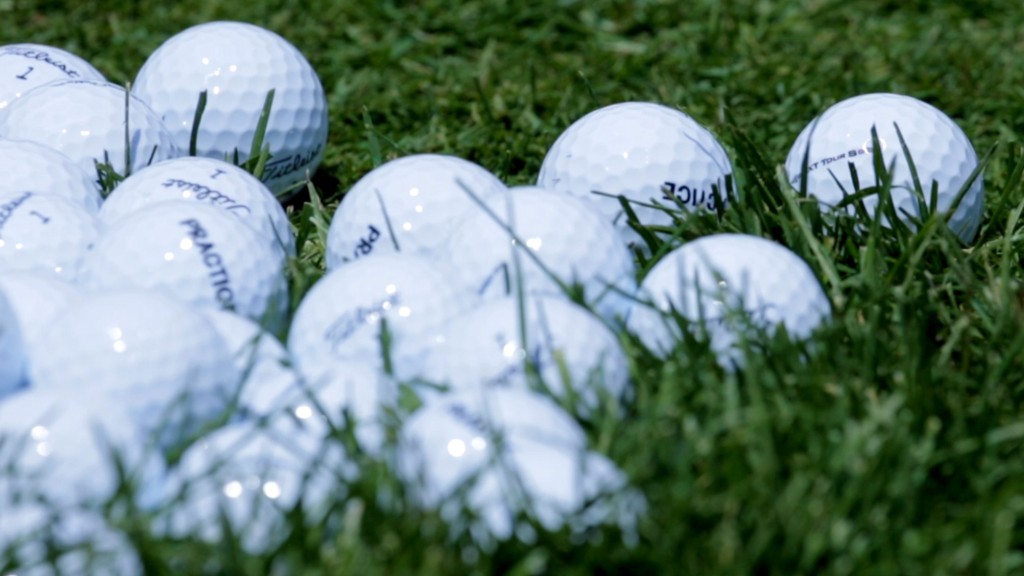 Golf might as well be the official sport of business. Relationships on the green often lead to deals in the board room.

The sport is invaluable for many businessmen. Condoleezza Rice wants more businesswomen to take advantage of it, too.

“I want women to be able to go to that golf outing in the corporate environment, and play golf, and not have to go back to the hotel while all the guys go to the golf range,” Rice told CNNMoney recently. “I’ve seen that very often. It used to happen to me.”

Related: How the PGA is trying to fix golf’s image

Rice teamed up with accounting firm KPMG, which hosts a leadership summit for women who are on the cusp of entering the C-suite in their companies. The women attend a golf clinic aimed at helping them use the sport as a networking tool and get to meet other high achievers.

Since 2015, KPMG has held the event before the KPMG Women’s PGA Championship. It’s also recently launched a scholarship program for 20 high school seniors.

Rice participates in the summit, then hosts a three-day golf and leadership retreat for the female students.

Rice started golfing relatively late in her career, while serving as secretary of state under President George W. Bush. But she realizes golf matters even when deals aren’t being done.

“It’s not that they’re really doing business, but they’re socializing. They’re getting to know each other. And that’s important in the corporate environment too,” she said. “It’s all about relationships.”

Related: These are the women dying to work for the NFL

The leadership summit is highly selective. The 200 women were nominated by their bosses and, in many cases, were chosen from among thousands of employees.

Kim Rodriguez, an assistant vice president at Enterprise Holdings, and Pamela Westbrooks-Hodge, a senior director with Express Scripts (ESRX), were both selected.

Rodriguez started in her company’s manager training program, where she learned about business, washed cars and made sales calls. She worked her way up.

Rodriguez, who was a casual golfer in high school and college, found the clinic helpful. She admitted that she had been hard on herself when she had tried to play for work.

“I think I tried to connect with people playing golf, but I wasn’t that good,” Rodriguez told CNNMoney. “Some of the pros yesterday were like, ‘Just get good at your golf game, but great at your networking opportunity.'”

Westbrooks-Hodge hadn’t played golf in 10 years but attended the clinic so she wouldn’t miss out on future work outings and chances to network.

“I feel more empowered,” she told CNNMoney. “Men are fortunate because they’re in those spaces and they’re having those relationships.”

Westbrooks-Hodge said she already has big plans — a sorority sister has offered to tutor her so she can improve.

Related: Beth Mowins on being the first woman in 30 years to call the NFL

Lynne Doughtie, the CEO of KPMG U.S., helps lead the summit. She only started playing golf a few years ago, but she stressed how useful the sport is for developing bonds with clients and colleagues. She said she thinks a lot of women are intimidated at first.
“You hear men especially talk about golf a lot. They’re really passionate about it,” she said. “You think, ‘Wow they must be really great.'”

Doughtie encouraged women to overcome this trepidation. She did.

“The great thing about golf is you go out there and you say, ‘Well, they’re not so good. I can play.'”