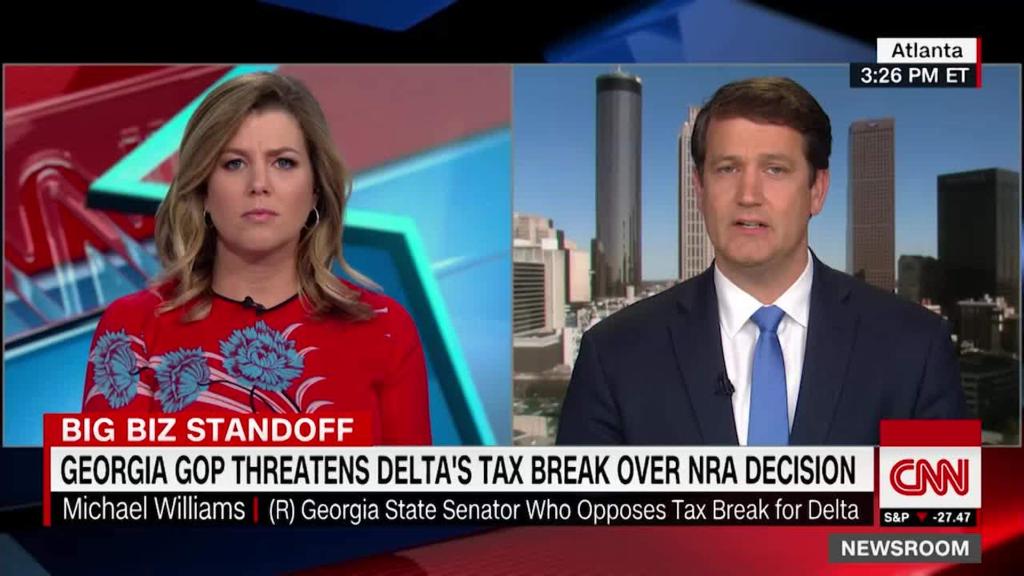 For a long time, companies avoided political controversies. Now, their customers are pushing them to pick a side.

Activists are demanding that businesses weigh in on immigration, climate change and, most recently, gun control. The problem is, it’s hard to take a stand without getting burned.

Over the past week, companies that partnered with the NRA or offered discounts to the gun lobby’s members — such as Delta (DAL) and FedEx (FDX) — have come under intense pressure on social media to cut ties with the organization in the wake of the high school massacre in Parkland, Florida.

Historically, businesses have long sought to keep their brands away from such divisive issues, not wanting to alienate any potential buyers. But online backlash from people who say they’ll stop flying on Delta planes, or shipping packages via FedEx, has constrained their ability to stay silent.

The companies that have been targeted have attempted a balancing act, though with limited success.

Delta said on Saturday that it would not offer discounted rates for NRA members to fly to the group’s 2018 annual meeting, and would ask the NRA to remove its information from its website. The airline said the decision reflected “the airline’s neutral status in the current debate over gun control.”

Related: Why companies are abandoning the NRA

That decision, however, only led to more adversity. Georgia Republicans are threatening to block a tax break on jet fuel, which if passed would save Delta millions of dollars.

Other groups have also been brought into the fray. Georgia State Senator Michael Williams, a Republican, said on CNN Tuesday that Delta should reconsider a discount he said existed for Planned Parenthood. He provided no evidence of his claim.

When reached for comment Tuesday, Planned Parenthood referred to a tweet indicating that supporting the organization “doesn’t come with corporate perks or discounts.”

Delta has not responded to a request for comment. The airline does have a corporate program that offers discounts to groups of 15 or more people traveling from at least two separate locations to a common destination.

FedEx took a different tack than Delta, but hasn’t fared much better.

On Monday, the company said it would keep its discount for NRA members.

FedEx said in a statement that it “has never set or changed rates for any of our millions of customers around the world in response to their politics, beliefs or positions on issues,” and that the NRA is one of “hundreds of organizations” that pay discounted rates for shipping.

Still, the company sought to distance itself from the NRA, saying its “positions on the issues of gun policy and safety differ from those of the National Rifle Association.”

The hedging has not stopped activists from continuing to badger FedEx. On Tuesday, the company had to make another statement, clarifying that it has “never provided any donation or sponsorship to the NRA.”

Both cases highlight how risky it is for companies to partner with outside organizations in the current political climate.

Part of this has to do with an emerging activist playbook on social media. Amid uncertainty about whether Washington or state lawmakers will take action on different issues, consumers have realized that a good way to get results is to leverage their spending.

The strategy has repeatedly been deployed during the Trump era. In January 2017, Uber had to respond to a #DeleteUber campaign on social media, which emerged in protest of the company’s response to President Trump’s travel ban.

Related: 2017 was the year companies took a stand

And after Trump said in August that many sides were responsible for violence at a rally of white supremacists in Charlottesville, the CEOs participating in Trump’s business advisory councils took an enormous amount of heat. The councils were eventually dissolved as executive after executive resigned.

This approach was swiftly applied in the wake of the Parkland shooting, ensuring that discounts that may have flown under the radar in the past quickly garnered scrutiny.

Although businesses may not suffer for long, they could lose customers in the near term if they don’t respond, said Michael Rubin, chair of the Crisis Practice Group at Levick, a public relations firm.

“Companies … may take a near-term ding for not taking a stand on this,” Rubin said.

Additionally, it’s difficult for companies to convey to their customers the difference between a strong partnership and a loose connection. These days any perceived alliance could be risky.

“An affiliation can be a huge detriment to your brand,” Chakravorti said. “Companies need to understand that.”