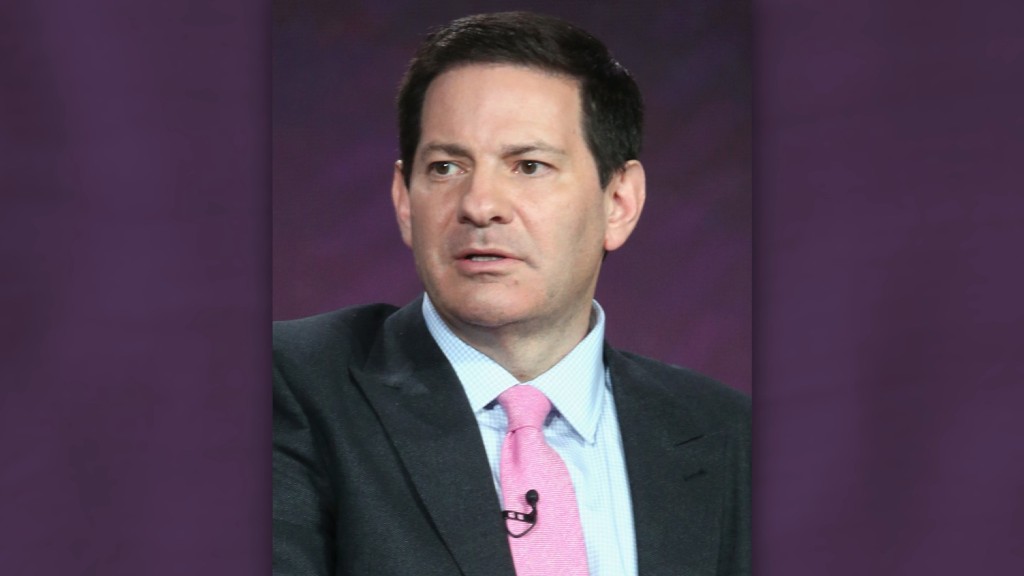 HBO announced on Thursday that it will not move forward with a planned miniseries about the 2016 election based on a forthcoming book co-authored by Mark Halperin after a CNN report in which five women accused Halperin of sexual harassment.

“HBO is no longer proceeding with the project tied to the untitled book co-authored by Mark Halperin and John Heilemann on the 2016 Presidential election,” HBO — which, like CNN, is owned by Time Warner — said in a statement. “HBO has no tolerance for sexual harassment within the company or its productions.”

It’s a significant move. HBO’s film version of Halperin and Heilemann’s book “Game Change” about the 2008 election drew wide praise and several awards, including a Golden Globe and Emmy.

Other companies and people with whom Halperin has professional relationships are also reacting to the CNN report.

Showtime, for which Halperin has co-hosted the series “The Circus” is “reevaluating” its relationship with Halperin, it said Thursday.

“During Mark’s time working with us, we have not seen nor have there been allegations of any untoward behavior,” a Showtime spokesperson said in a statement. “We are aware of these reports and will continue to evaluate all options should we decide to move forward with another season of The Circus. There is no tolerance for sexual harassment within Showtime and its productions.”

On Wednesday, CNN reported that five women said Halperin sexually harassed them while he was political director at ABC News.

“During this period, I did pursue relationships with women that I worked with, including some junior to me,” Halperin said in a statement to CNN Wednesday night. “I now understand from these accounts that my behavior was inappropriate and caused others pain. For that, I am deeply sorry and I apologize. Under the circumstances, I’m going to take a step back from my day-to-day work while I properly deal with this situation.”

The stories of harassment shared with CNN range in nature from propositioning employees for sex to kissing and grabbing one’s breasts against her will. Three of the women who spoke to CNN described Halperin as, without consent, pressing an erection against their bodies while he was clothed. Halperin denies grabbing a woman’s breasts and pressing his genitals against the three women.

MSNBC, where Halperin is a senior political analyst, said on Thursday that Halperin would leave his roles at that network and as an analyst at NBC News “until the questions around his past conduct are fully understood.”

Halperin’s long time co-author and co-host, John Heilemann, declined to comment when asked about the allegations Halperin is facing and whether he will continue his professional relationship with him.

ABC News, where Halperin was working during the time the alleged harassment took place, sent a note to its staff on Thursday encouraging them to report harassment or misconduct.

“We hold everyone at ABC News accountable for our behavior and how they we conduct ourselves,” ABC News president James Goldston wrote in the memo to staff. “We know we do our best work in an environment where people feel respected, safe and supported. Harassment or retaliation of any kind is never acceptable.”

In a statement provided to CNN early Thursday morning, after CNN’s initial story about Halperin was published, ABC News said, “Mark left ABC News over a decade ago, and no complaints were filed during his tenure.”

Penguin Press, which is set to publish Halperin and Heilemann’s forthcoming book about the 2016 election, did not respond to a request for comment.