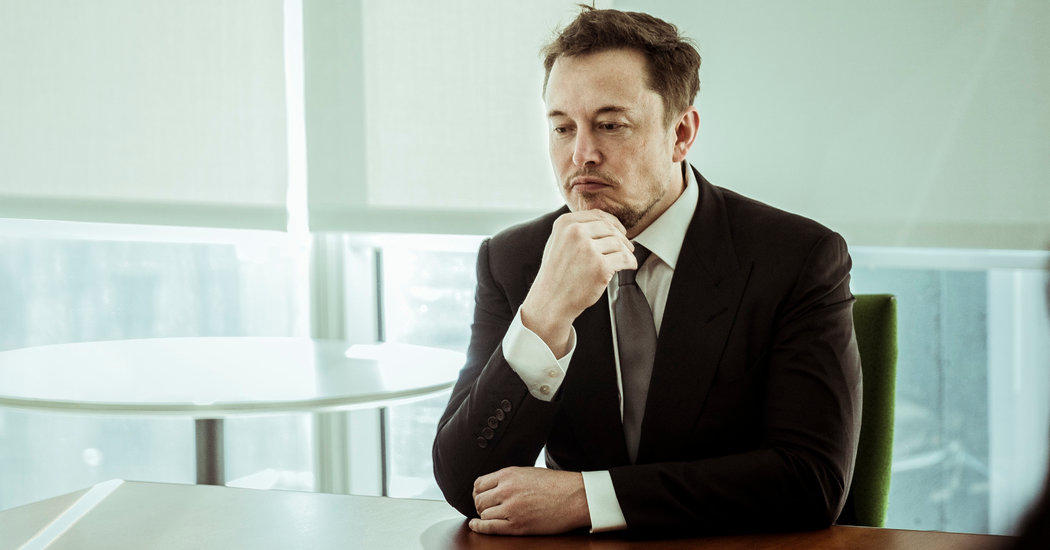 There’s no question that Elon Musk is one of the great entrepreneurs of this era. He may even be in “a class of one,” as he recently described Tesla, the revolutionary electric car company he founded.

But Mr. Musk’s tweet last week — expressing his intent to take Tesla private and declaring that he had “funding secured” for the multibillion-dollar transaction — was so impulsive, potentially inaccurate, poorly worded and thought out, and with such potentially dire consequences for himself, Tesla and its shareholders, that the board now must ask a sensitive but vital question: What was Mr. Musk’s state of mind when he wrote it?

“What does this say about the judgment of the person who set all this in motion?” said Charles M. Elson, director of the Weinberg Center for Corporate Governance at the University of Delaware. “That’s what the board has to find out.”

Mr. Musk, in subsequent blog posts, has stressed that he was only trying to be as transparent with the public as he was about to be with a few major investors.

That is a laudable goal. But there are plenty of effective, conventional methods for achieving them, which include keeping his board fully informed, consulting lawyers, and following Securities and Exchange Commission procedures before tweeting about what could be a transformative, hugely expensive corporate buyout.

Little if any of this appears to have happened. While Tesla directors have said they discussed with Mr. Musk the possibility of taking Tesla private in general terms, they were blindsided by the tweet and have been scrambling ever since to get the situation under control.

The explanation for the tweet may be more psychological than strategic. In a Twitter exchange from last summer, Mr. Musk said he experienced “great highs, terrible lows and unrelenting stress.”

Asked if he might be bipolar, he replied, “Yeah.” Then he added, “Maybe not medically tho. Dunno. Bad feelings correlate to bad events, so maybe real problem is getting carried away in what I sign up for,” which he later described as a “ticket to hell.”

“Entrepreneurs often have a temperament and a constellation of traits that can create enormous value but are also associated with significant risks,” said Michael A. Freeman, a clinical professor of psychiatry at the University of California, San Francisco whose research and practice focuses on entrepreneurs.

All of that would seem consistent with Mr. Musk’s Twitter habits.

Scott Shane, a professor of entrepreneurial studies at Case Western Reserve University, put it more simply: “These people are just wired differently,” he said. “They’re quicker to spot and act on opportunities, but that same tendency can get them into trouble in other situations.”

These qualities may also be exacerbated by lack of sleep. Mr. Musk has said he’s been sleeping on the factory floor, skipping showers, and working extremely long hours while Tesla ramps up production of its Model 3.

“There are a number of behavioral destabilizers in the world of entrepreneurship,” Dr. Freeman said, “and sleep deficiency is high on the list. The consequences can be impaired functioning, higher irritability, and judgment can be adversely affected.”

During Tesla’s most recent earnings conference call, Mr. Musk apologized to Wall Street analysts he had insulted during a previous call for asking “boring, bonehead questions.”

It’s also a common trait of entrepreneurs that they feel rules don’t apply to them. From their perspective, many rules “get in the way of getting things done,” said Dr. Freeman.

Whatever the exact circumstances of his tweet, Mr. Musk would benefit from what Dr. Freeman calls “personal boards of directors,” something he often recommends for his entrepreneurial clients. “There are some simple strategies for dealing with impulsivity, like sleep on something overnight and get a second opinion,” he said. “If you’re hard-wired to go full speed ahead at all times, you need to create a filter for yourself to decrease those risk factors.”

Tesla’s board should play an important role. “Balancing corporate responsibilities, and the constraints they can impose, against the creativity that made the corporation great in the first place is much more of an art than a science,” said Charles K. Whitehead, who leads the law, technology and entrepreneurship program at Cornell Law School. “Directors and lawyers need to credibly manage that balance, but as importantly, founders need to be willing to consult with them, recognizing that the advice — even if it slows things down — may simply reflect the realities of the day.”

Dr. Freeman agreed. The Tesla board and others close to Mr. Musk “need to find ways to make all the positive aspects of those strengths work for him and for us while minimizing the downside.”

And Mr. Musk may want to curb his use of Twitter. “One good rule of thumb: never make important and, in Tesla’s case, complex announcements through Twitter,” Mr. Whitehead said.

That may be easier said than done. Tesla’s board members have been urging Mr. Musk to stop tweeting, so far without success.

“It’s not easy for anyone to control the behavior of a grand visionary,” Mr. Shane said. “These people don’t like to be controlled.”