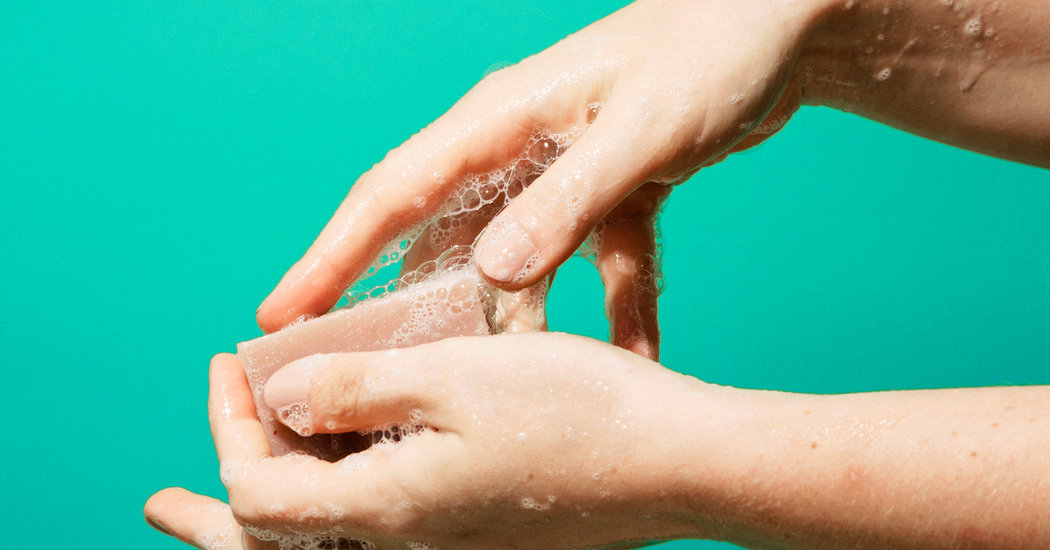 “The thing about fragrance is that it’s more evocative and emotional. It’s what I call our Proustian narrative — it tells a story,” said Mr. Goetz, who helped create the popular Malin & Goetz cannabis soap. “I happened to have lived in Amsterdam for a number of years. One of the things that I always remember is the waft of cannabis and hash coming out of all the coffee shops.”

Despite its reputation as the messier, inferior application, the bar soap is resurgent.

In a Softsoap television commercial from 1982, bars of soap from Camay, Ivory, Dial and Dove are stacked upon a royal blue sink counter and shown eroding alongside a pristine bottle of Softsoap. The voice-over then states: “Soap without the soapy mess.”

But a report by Mintel, a market research firm, found that more than 60 percent of consumers said they might consider buying “premium” varieties of bar soap, even though more than half of consumers say bar soap is inconvenient. In 2018, mess and inconvenience, as long as it seems intentional, can feel more like a feature — not a bug.

The Brooklyn-based company Joya offers a bar soap that comes with its own beautifully designed tray, and Salt & Stone, a company based in a village in British Columbia, sells salt bars in distinct pyramid shapes. Even the bar soap from Saturdays NYC comes embellished with the logo, the same one that adorns the brand’s widely coveted graphic T-shirts.

“I’m happy to use an unscented Dove soap and buy it for $1.50,” said Frederick Bouchardy, the founder of Joya. “But I also want these, and I’m not ashamed of it. These are so cool and beautiful — you just want to touch them, smell them and have them.”

Yes, cynicism may incite immediate dismissal of the thought of spending more than $5 on soap. But the botanicals and essential oils awaken our senses, the lush suds overtake our dirty hands, and the packaging tickles the visual part of our brains. These expensive soaps make the minutiae of washing one’s hands suddenly feel like a little moment of respite — and who doesn’t want that?

“I think that people have done this for a long time, and each generation sort of reinvents it a little. If you think back to your grandmother, she probably had those round soaps in paper that sat out and nobody ever used,” Mr. Goetz said. “It’s an easy way to accessorize your bathroom and also express your personality, whatever the brand may be that you like. You have to wash your hands, so why not have it look beautiful?”