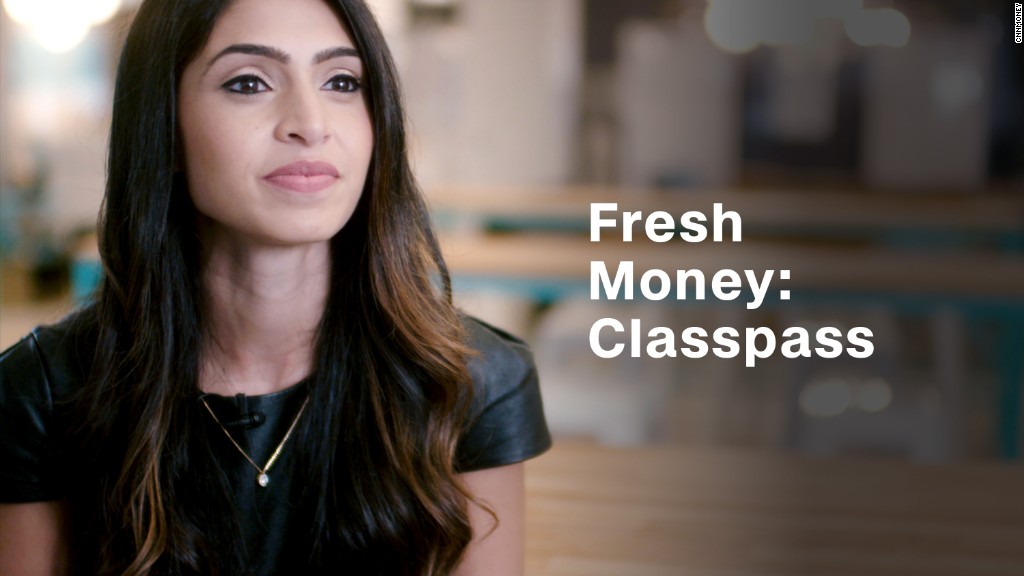 Payal Kadakia, the founder of ClassPass, loves to dance. She started when she was just three years old. But as she grew older and progressed, she found it difficult to find and book classes.

“I was searching for a ballet class online and was miserably frustrated with all the web browsers, the data, the information,” Payal told CNNMoney.

She started thinking about how much easier it would be if all those schedules were in one place and decided to make a program that offered exactly that sort of organization.

The timing couldn’t have been better.

“I was at that point in my career where I felt like my current job wasn’t … it wasn’t inspiring me,” said Payal who was working at Warner Music Group.

She told her mom she didn’t know what to do, but that it didn’t feel right anymore.

“She was the one who told me to quit,” Payal said. “It was an amazing moment because my parents came here from India. They were all about education, career, making sure we had a good path forward, and everything was secure.”

Payal said her mom “realized she had to bet on me. … I’m glad she did that.”

She gave herself two weeks to come up with an idea, but inspiration hit in just three days and she came up with the company that would eventually become ClassPass.

Related: Kate Hudson wants to empower women to get fit

Payal feels she’s changed people’s lives with ClassPass by getting them excited to work out and try new classes. The app at one point offered an unlimited class option, which allowed users to take as many classes at as many different studios as they wanted for just $99 a month. But it became so popular that the company had to make the unpopular decision to eliminate it to protect its profits.

She credits the app with changing her own routine, too. She now gets credit for being a fitness expert.

“A lot of media will be like, ‘fitness expert, Payal Payal.’ My sister cracks up every time, because she’s like, ‘You didn’t even own sneakers until you were like, 25,'” she said.

Once she started exploring classes she found herself gaining confidence and becoming more adventurous with her workouts. Her husband, an avid ClassPass user, also challenges her to try new things.

Related: Here’s what it takes to be a ClassPass superuser

Founding her company took center stage, but Payal remained committed to dance. She especially reveres Indian dance, which allows her to be close to her community, and it’s something she still strives to share with a broader audience.

“I make all my investors come and watch me dance,” Payal said. “I need them to see it to be like, ‘This is what we are building and giving the world.’ So if you can’t understand it, this isn’t about just getting someone to go to class and checking something off, it’s a feeling that we’re really trying to inject into the world.”

She’s even found ways to integrate the skills she’s learned into her work.