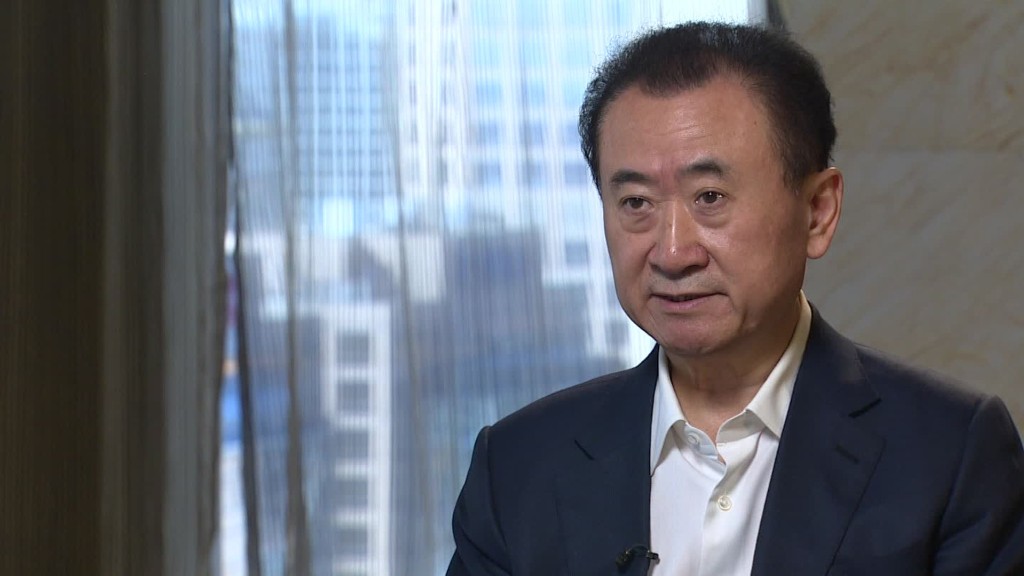 One of China’s richest men is taking legal action against “rumormongers,” accusing them of spreading fake news about him and his company.

Some Chinese-language news outlets reported on social media last week that Wang had been stopped at an airport and prevented from leaving China. Wanda quickly dismissed the reports as “rumors cooked up with ulterior motives,” but shares of a Wanda subsidiary listed in Hong Kong still lost 8% that day.

The rumors came against the backdrop of increased scrutiny by Chinese authorities of international deal-making by Wanda and other Chinese companies. That has made investors nervous in a country where top business leaders have been known to disappear suddenly without explanation.

Wang used a speech in July to fight back against earlier speculation about problems at his real estate business. Now, he’s taking news organizations and social media users to court over the latest rumors.

Wanda said in a statement Wednesday it has filed lawsuits against Asia News Weekly, New People Magazine and other organizations, seeking a public apology and 5 million yuan ($765,000) in compensation from each of them. It said it also plans to pursue criminal charges in some cases.

Wanda said the groups used their accounts on WeChat, a messaging platform, or Weibo, a Chinese equivalent to Twitter, to spread the rumors that Wang had been prevented from leaving China.

“We are communicating with our lawyer now, and then we’ll see how to deal with it later,” said Wang Pu, chief editor with Asia News Weekly. New People Magazine didn’t immediately respond to a request for comment.

Wu Xiaowei, the founder of an internet consumer rights company, said he was “shocked” when he heard Wanda had filed a lawsuit against him.

“I reposted some fake news reported by standard news organizations,” he said in a statement on his Weibo account. “But I deleted the posts immediately after I found out they were misleading.”

Wu apologized to Wang, but said he didn’t have the means to pay the 5 million yuan Wanda is demanding.

Boxun didn’t immediately respond to a request for comment.

Wang has been on the defensive for months.

Wanda dumped a big London real estate deal late last month. And in July, it sold several theme parks and dozens of hotels, just over a year after Wang had boasted of his plans to defeat Disney (DIS) in China.

Related: China clamps down on buying spree in sports, movies and hotels

The Chinese government announced last month it will limit overseas investment in sectors including real estate, hotels, entertainment and sports clubs — all of which are important businesses for Wanda.

Wang was China’s richest man with a net worth of more than $32 billion, according to annual rankings by Forbes and Hurun published last October. Based on current estimates from the Bloomberg Billionaires Index, he has now slipped to fourth, behind tech billionaires Jack Ma and “Pony” Ma Huateng, and real estate tycoon Hui Ka Yan.

— Nanlin Fang and Yuli Yang contributed to this report.