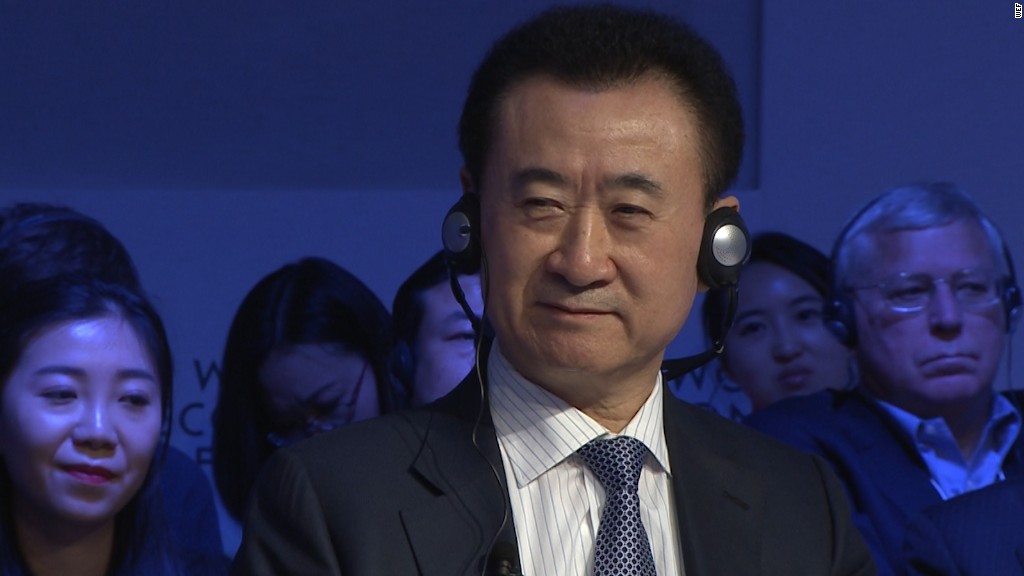 China’s richest man is selling hotels and theme parks worth more than $9 billion as he steps back from plans to beat Disney.

Wanda and Sunac said in a joint statement that the deal will be finalized by the end of July.

The move comes a year after Wanda founder Wang Jianlin vowed to crush Disney’s (DIS) business in China, comparing his theme parks to “a pack of wolves.”

“Disney really shouldn’t have come to China,” he said in May 2016. “Its financial prospects don’t look so good to me.”

Theme parks were a key part of Wang’s plans to turn his firm into a major player in real entertainment, tourism and sports. In its 2016 annual report, Wanda said that the success of two new parks — in Nanchang and Hefei — had inspired it to export the model abroad.

While Wanda is giving up its controlling stake in the parks, they will continue to use the firm’s branding. Wanda will also operate the parks.

Wang said Monday that the sale should help improve Wanda’s balance sheet, which has been weighed down by debts after years of aggressive expansion.

Wang, who is the China’s richest man, has long been bullish about investing in entertainment — especially in the U.S.

Wang has also repeatedly expressed an interest in buying one of the “Big Six” studios in Hollywood. As recently as January, he told a European conference that if one of those big studios came on the market, he would be “a happy buyer.”

But a broader Chinese government crackdown on overseas investments may have curbed Wang’s ambitions. To rein in capital outflows, China has been spending hundreds of billions of dollars to prop up its currency, and restricting investments and acquisitions overseas.

In March, Wang $1 billion bid to buy Dick Clark Productions was terminated. Eldridge industries, the production company’s owner, said that it killed the deal after Wanda “failed to honor its contractual obligations.”