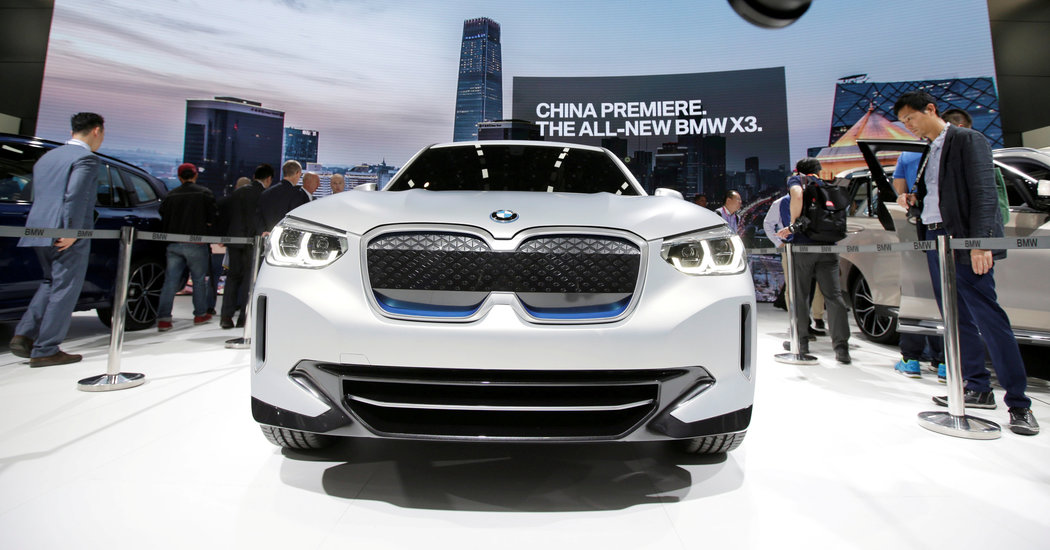 A series of deals announced over the past week is designed to help German car manufacturers take a bigger slice of the world’s largest automobile market — and China develop its vision for the future of cars.

Beijing has been vocal about its desires for electric and driverless cars. It is introducing aggressive rules to ensure that many of the new cars put on its roads have electric or hybrid engines. And autonomous vehicles are a key part of its Made in China 2025 plan to dominate important new technologies.

To aid that effort, it has promised to open up its auto industry to foreign carmakers, a move that it has now doubled down on.

■ Bosch will work with NIO, the Chinese electric vehicle start-up, to build sensors and control systems for electric cars.

All this deal making makes sense for both sides.

German automakers hope that by increasing production in China they can also increase sales in that country, the world’s largest car market. (For BMW and Daimler, the production could replace cars they currently make in the United States for export to China, which are caught up in the escalating tariff battle between the countries.)

And China hopes this represents an opportunity to become an innovation hub for electric-and autonomous-car development, advancing its goal of becoming a technological powerhouse.

Against this backdrop, Tesla announced Tuesday that it would build a factory in Shanghai — its first outside the United States, and the first in China to be wholly owned by a foreign automaker. Tesla says the plant will eventually be able to produce 500,000 vehicles a year.

These developments are likely to displease President Trump. His administration’s trade war with China is focused in part on keeping technology out of Beijing’s hands.

But right now, much of the high-tech auto industry appears to be moving away from Mr. Trump, and toward China.