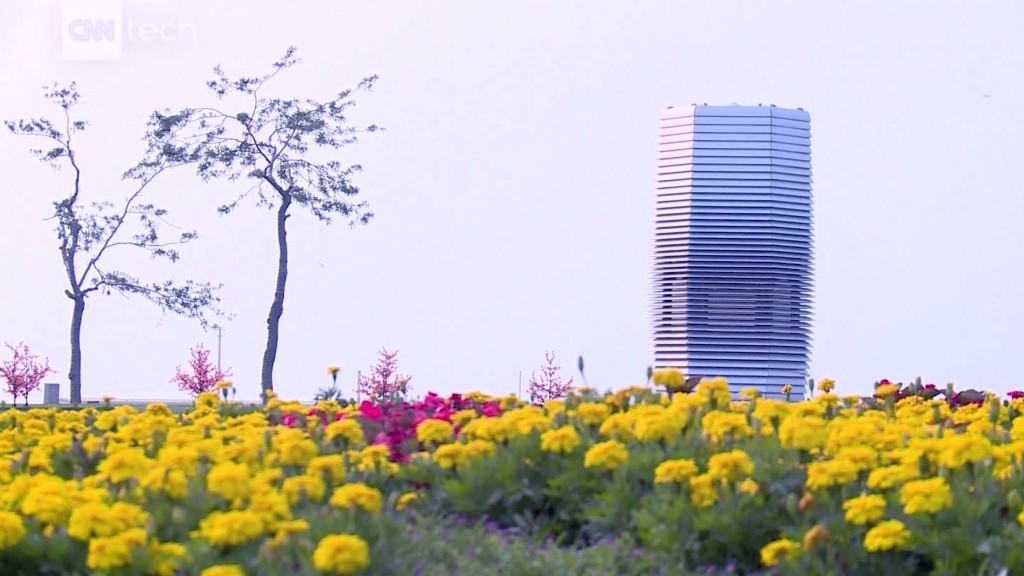 Beijing wants to swap its polluted air for blue skies. Doing so will be costly.

China has transformed over the past four decades from an economic backwater to an unrivaled industrial power that consumes huge amounts of raw materials and energy. The tremendous change has lifted hundreds of millions of people out of poverty, but also polluted the country’s air and water.

“The environment is near the point of no return,” Alex Wolf, an economist at Aberdeen Standard Investments, said in a recent research note.

China’s economy has long taken priority over other concerns. Local governments tasked with meeting ambitious growth targets have historically kept the furnaces burning at massive state-owned businesses even when there’s no demand for their products.

But Beijing recognizes that the situation is now dire. Air pollution killed more than 1.1 million people in China in 2015, the most in any country in the world, according to a study published this year by the U.S.-based Health Effects Institute.

President Xi Jinping repeatedly mentioned the environment during a major speech to fellow members of the ruling Communist Party in October. Tommy Xie, an economist at OCBC Bank, said that Xi’s use of the word “green” — 15 times in total — means the “whole nation’s mentality shifts.”

“People in China, including local government and corporates, have now realized that environmental protection is no longer talk only,” Xie said.

The government has already undertaken initiatives to promote clean energy vehicles and sideline polluting industries. Beijing has signed the Paris Climate Accord and is working on a plan to eventually phase out cars powered solely by fossil fuels.

The moves reflect the growing desire in the country for the government to help improve citizens’ quality of life, experts say.

“Chinese people are very concerned about pollution, so it makes sense for the leading party to respond,” said Wei Yao, an economist at Societe Generale. “What’s most important to [the party] is social stability.”

The changes are coming at the expense of economic growth, which has dropped from above 10% in 2010 to below 7% in recent years.

Julian Evans-Pritchard, an economist at Capital Economics, said that China has recently intensified its war on smog. He predicts the efforts will knock 0.5 percentage points off GDP growth — a loss of about $56 billion — in the final quarter of this year.

The efforts are on full display in Beijing and nearby areas in the country’s industrial heartland, which have been among the hardest hit by air pollution. The capital and cities in its orbit have been tasked with slashing harmful air pollutants by 25% before the end of the year.

China has put inspection teams to work across the region in an attempt to curb production at the most glaring rule violators. Some 180,000 companies are expected to be hit, according to Societe Generale figures.

Related: The Xi Jinping economy: What’s next for China?

There are signs that the measures are starting to bite.

In Hebei, a province near Beijing, the owner of a glass factory told CNNMoney that sales had fallen about 15% this year as a result of the environmental crackdown.

The owner, who would only identify himself by his surname of Li, said that the government had ordered him to upgrade to cleaner machinery, which had disrupted production. He spent 8 million yuan ($1.2 million) on the equipment, which is still awaiting approval from regulators.

The question is whether authorities are willing to stick with the measures as the economic pain increases. When China’s economy wobbled early last year, Beijing loosened some environment rules in order to stoke the fires of growth.

Societe Generale’s Yao said the government must strike a balance between cleaning up the environment and protecting jobs.

“The pace of implementing the anti-pollution moves is the critical element,” she said, warning that the government could risk mass unemployment if it moves too quickly. That’s not happening so far, she said, as workers laid off from state-run businesses have mostly found other work.

But should growth dip too sharply, the government may ease the pressure on big polluters.